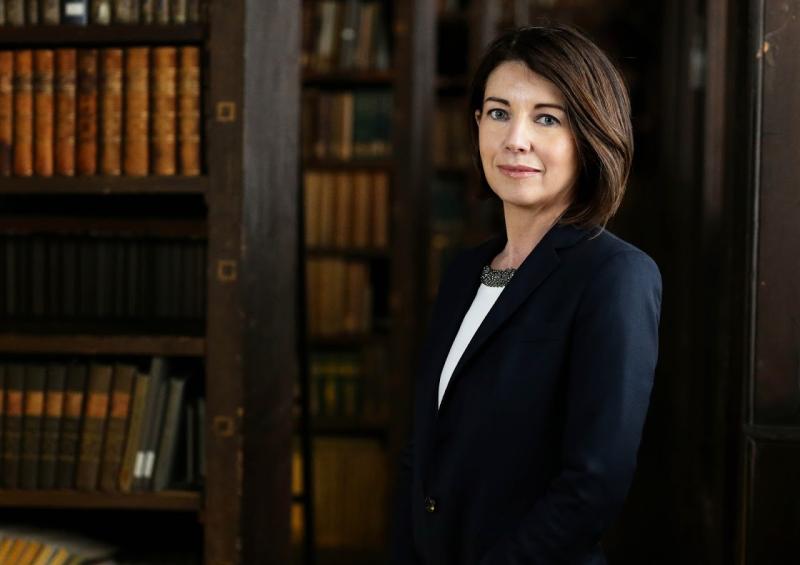 Trinity College, Dublin, is set to make history by appointing its first female Provost in the university’s 429-year history.
One of the three candidates to reach the final stage of the selection process to appoint the new senior academic administrator is Kilkenny woman.

Professor Linda Hogan is originally from Callan. The daughter of the late Bea and Patsy Hogan of the Steppes Bar, Linda attended St. Brigid’s College, Callan, and is currently a Professor of Ecumenics at the School of Religion in Trinity College.

Among her many academic achievements, Prof. Hogan was nominated as a candidate to become the first female cardinal in the Catholic Church, when it was speculated Pope Francis would make such an appointment in 2013.

A Fellow of Trinity College, Prof Hogan is an ethicist with extensive experience in research and teaching in pluralist and multi-religious contexts. Her primary research interests lie in the fields of inter-cultural and inter-religious ethics, social and political ethics, human rights and gender.
In addition to her academic expertise, Prof Hogan was Vice-Provost/ Chief Academic Officer and Deputy President at Trinity from 2011 to 2016.
She studied at NUI Maynooth before moving to Trinity where she was awarded a PhD. Prof Hogan worked as a lecturer at the University of Chester and University of Leeds before joining the staff of Trinity College.

Launching her manifesto, Prof Hogan said: “As Provost, I will ensure that Trinity College Dublin provides a progressive and inclusive education for all students, and that its staff feel both empowered and supported in their roles.”
The Provost will elected on April 10.