Projects will be up and running next month 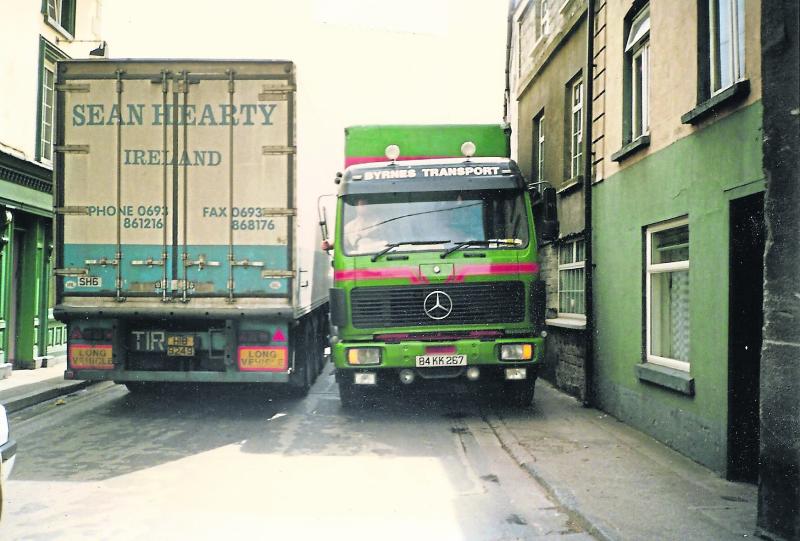 A tight squeeze! In the recent past Bridge Street in Callan was a two-way street. The narrow route has been made one-way and €1.1 million has been awarded to fund works under an Active Travel

Active Travel projects in the Callan Thomastown area will be “up and running” next month.
Three projects have now been designed, Area Engineer Declan Murphy reported to the April meeting of the Municipal District councillors.

Funding has also been announced this month for a number of other projects under the Active Travel scheme - €1.1 million for the one-way system in Callan, €70,000 for Flaggy Lane in Callan, €500,000 for the widening of footpaths on the Callan ring road, €50,000 for new shred footpath and links at Harristown in Graignamanagh, and €50,000 for footpath works at Mill Street in Thomastown.

Cllr Deirdre Cullen welcomed the funding, especially Mill Street in Thomastown, that she said is an area in need of some care and attention. A huge amount of people traverse the street, with children going to the school and others coming into the centre of the town.
Thomastown deserves increased funding, she said.

Cllr Patrick O’Neill said the allocation for county Kilkenny was fantastic, especially towns like Callan. However, he said, there are some fantastic projects that could be done in places like Danesforth, Bennettsbridge and Clara but the money is being “eaten up” by other areas.
He said the funding is great but he is disappointed that the more rural areas miss out.

Cllr Joe Lyons said the funding for Callan will make a huge difference.
If Covid has done one thing it has been a blessing to towns and villages with the funding coming through for community spaces that are safe for people, Cllr Cleere said.