Callan community-led housing is ‘citizenship at its best’ 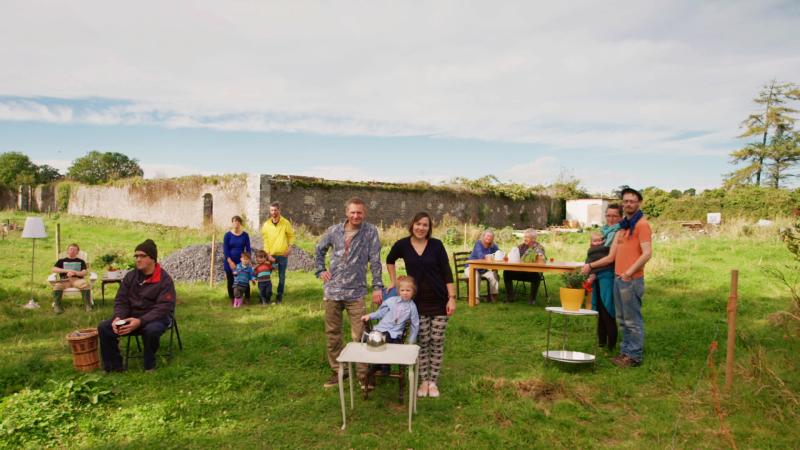 Members of ‘Inclusive Neighbourhoods’ who are developing housing with ‘neighbourly values built in’ Picture: Éamon Little

A housing development in Callan has been highlighted as one in a Europe-wide movement towards ‘community-led housing’.

The aim of this new kind of community is to “imagine the best possible pattern for housing in a new era of rights and social inclusion.”

President Michael D Higgins has written the foreword to this report, saying these new kinds of developments merit the support of policy makers at a time when “it is abundantly clear that radical solutions to housing provision are needed urgently given the magnitude of a housing crisis that is not abating.”

He added: “Community-Led Housing is an example of bottom-up, active citizenship as its best.”
Community-Led Housing enables people to pool their collective resources to create homes that are accessible and aﬀordable to all. It understands housing not as just the ‘provision of houses,’ but the empowerment of diverse, sustainable communities.

‘Roadmapping a Viable Community-Led Housing Sector for Ireland’ includes several personal testimonies of the impact of this cohesive approach to housing from across the country.
One of these accounts comes from Callan, where the ‘Nimble Spaces’ group was established in 2021, aimed to develop an ‘Inclusive Neighbourhood’ there, one that focuses on privacy and self-determination for people with support needs in an interdependent social context.

The project has included three years of arts-led research that enabled people with a disability to creatively explore, together with people interested in cohousing, their sense of ‘home’.
In 2017, planning permission was granted to Camphill Communities of Ireland AHB and Lionra Co-Housing to develop 25 homes on four sites in Callan.

The social housing element of the project is now led by Tuath Housing as a Turnkey/CAS initiative with Lionra Co-Housing promoting the cooperative housing element in collaboration with Ó Cualann Cohousing Alliance.

“Through listening to our community, we’re now on the path to an inclusive neighbourhood for Callan, one that blends co-housing principles with social housing,” Rosie Lynch, group member with ‘Inclusive Neighbourhoods’ in Callan, said.
“The project will address the integration of people with support needs, such as disability, older age and single families and low incomes in neighbourhoods that actively support neighbourly relationships.

It will also act as a creative agency for future residents, providing an expanded vision for accessibility and inclusion to architects and designers.”
Supported by The Housing Agency, The Land Development Agency, Ó Cualann Cohousing Alliance and the Goethe lnstitut Irland, SOA Research initiated and coordinated a 12-month research project to roadmap a Community-Led Housing infrastructure for Ireland.
Also featured are community developments in several Irish towns as well as in Berlin, Cambridge and Brussels.
The publication series is now available to read online by visiting the website: ‘www.soa.ie.’