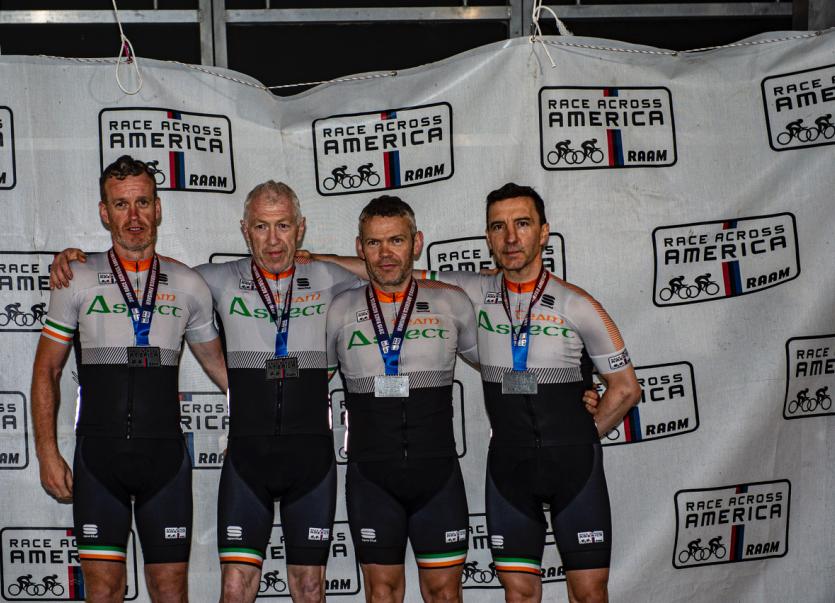 Team Aspect with their medals on the finishing podium

Irish Ambassador to America, Dan Mulhall led the congratulations to a Kilkenny team who completed the hardest challenge in road cycling, at the weekend.

Team Aspect cycled more than 3,000 miles from California on the west coast of the USA to Maryland on the east coast in a total of seven days, six hours and 22 minutes.

The ultimate endurance test took the four cyclists - Seamus Nash, Pat Maher, John Dowd and Cathal Phillips - through deserts, over mountains, across rivers like the Mississippi. Along the way they battled fatigue, illness and injury but never gave up and never lost their focus.

With at least one rider on the road at all times, 24 hours a day, at one stage the Castlecomer lads were sitting in third place, an amazing achievement for the team.

Unfortunately the attritional nature of the task meant the team chose to slow their pace and put their charity first to make sure they crossed the finish line.

The team took on the challenge to raise awareness of, and funds for, the Aspect Centre at SOS Kilkenny.
You can still donate via www.teamaspect.ie and show your support for the team’s epic achievement and a centre that means so much to them. 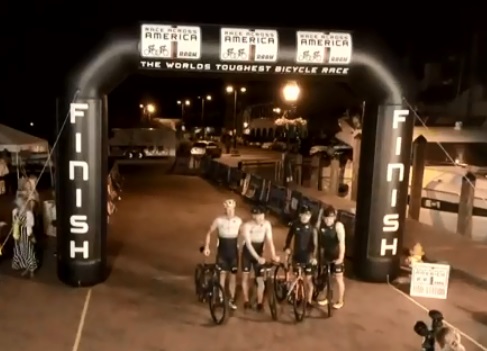 Team Aspect on the finish line in Annapolis, Maryland

Dan Mulhall, the Irish Ambassador to the United States tweeted the team after they crossed the finish line in Annapolis, Maryland: “Well done Team Aspect on completing the Race Across America. A epic achievement. Do let me know if you plan to visit Washington as I would be delighted to congratulate you in person.”

The four cyclists appreciated all the support messages they received from Kilkenny during the race. Facebook and Twitter was alight with comments and likes and even videos from The Aspect Centre and the Castlecomer fire crew.

The adventure, is documented in photographs and videos on the Team Aspect Facebook page.