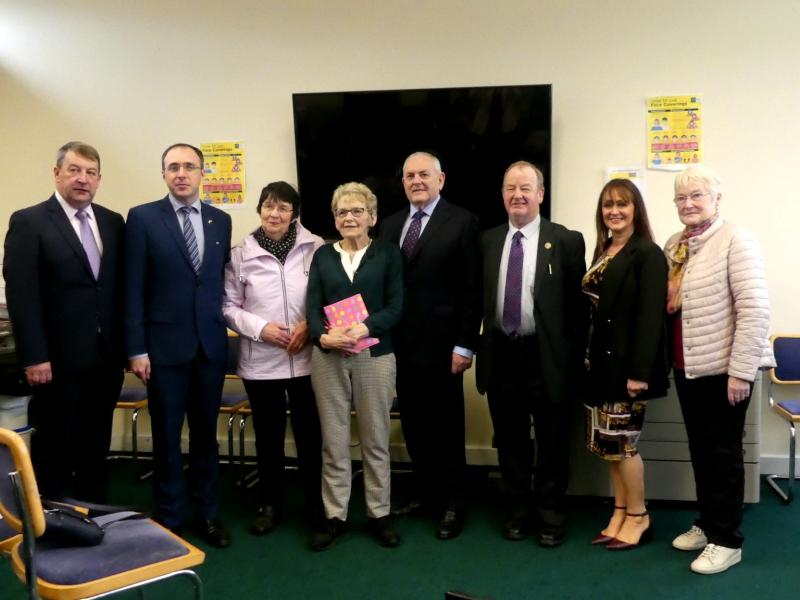 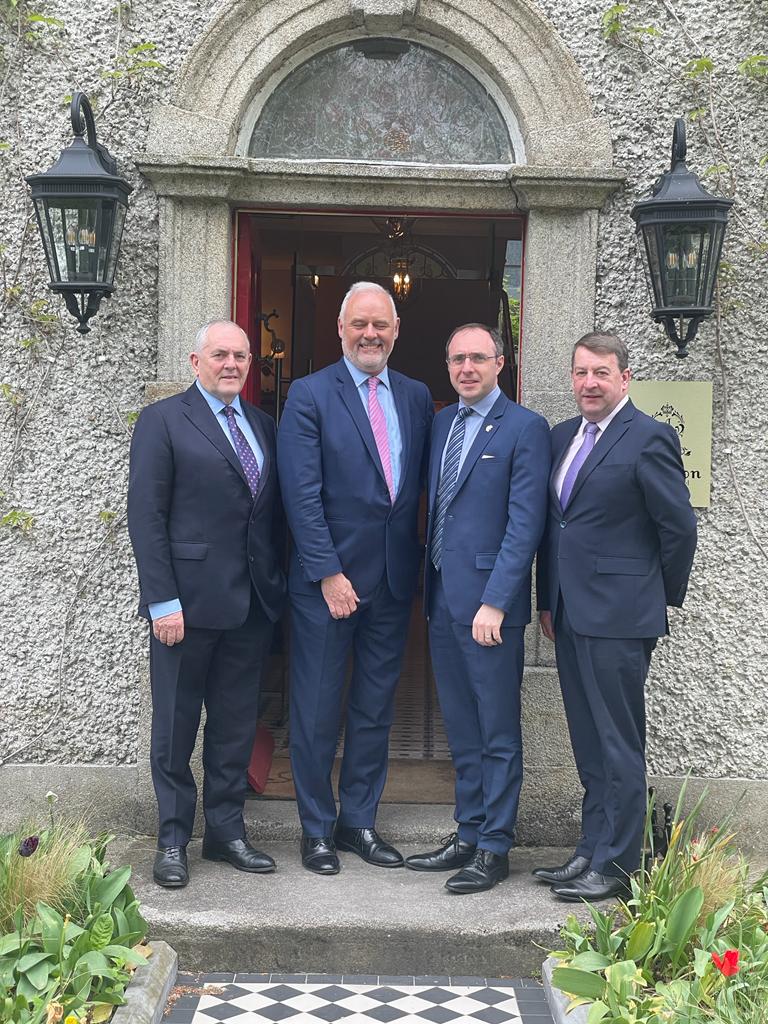 After that, the Minister was whisked over the new pedestrian bridge in the town and treated to a tour of Castlecomer Discovery Park by General Manager Kathy Purcell.

Speaking in the Enterprise Centre, Chairman of Castlecomer Enterprise Group Cllr John Brennan spoke of how the building has gone ‘from strength to strength’ in recent years.

He also thanked Kilkenny County Council and the local Enterprise Board for their support during that time.

Cllr Pat Fitzpatrick then made a special presentation to Kilkenny County Council CEO Colette Byrne for all that she has accomplished during her term. 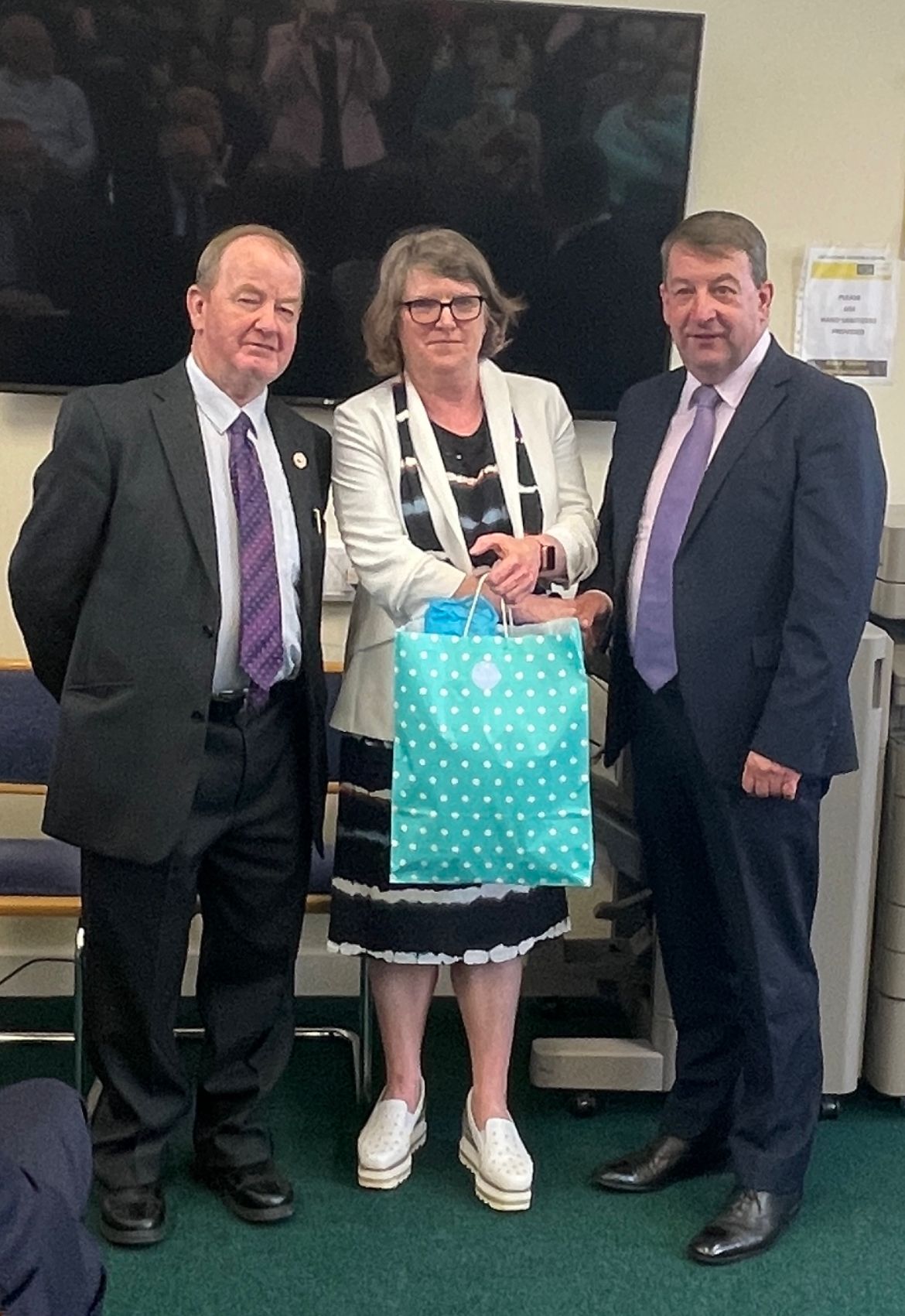 “Your foresight in having relevant studies and plans in place in advance of funding announcements ensured success to an extent which had not been seen previously in our rural towns,” he said.