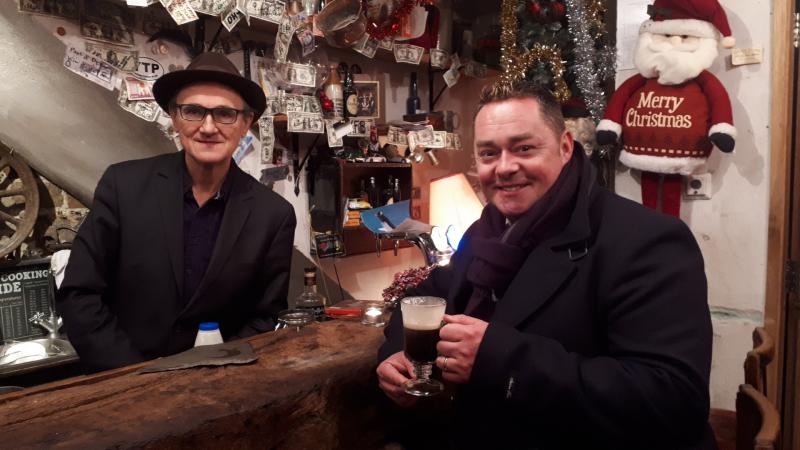 Kilkenny was the deserving winner of this year’s Foodie Destination Award (organised by the Restaurants Association of Ireland) which is why Neven Maguire chose the city as his base for his two Christmas programmes this year.

As well as the traditional favourites (turkey,lamb and ham), Neven demonstrates how to cook some interesting and stylish starters and visits two of the country’s best pastry chefs.

The OPW generously offered Kilkenny Castle as the location, and Neven installed himself in the Castle’s Victorian-era kitchen to cook his dishes.

As always, Neven’s recipes are crowd-pleasing dishes which are straightforward to make. 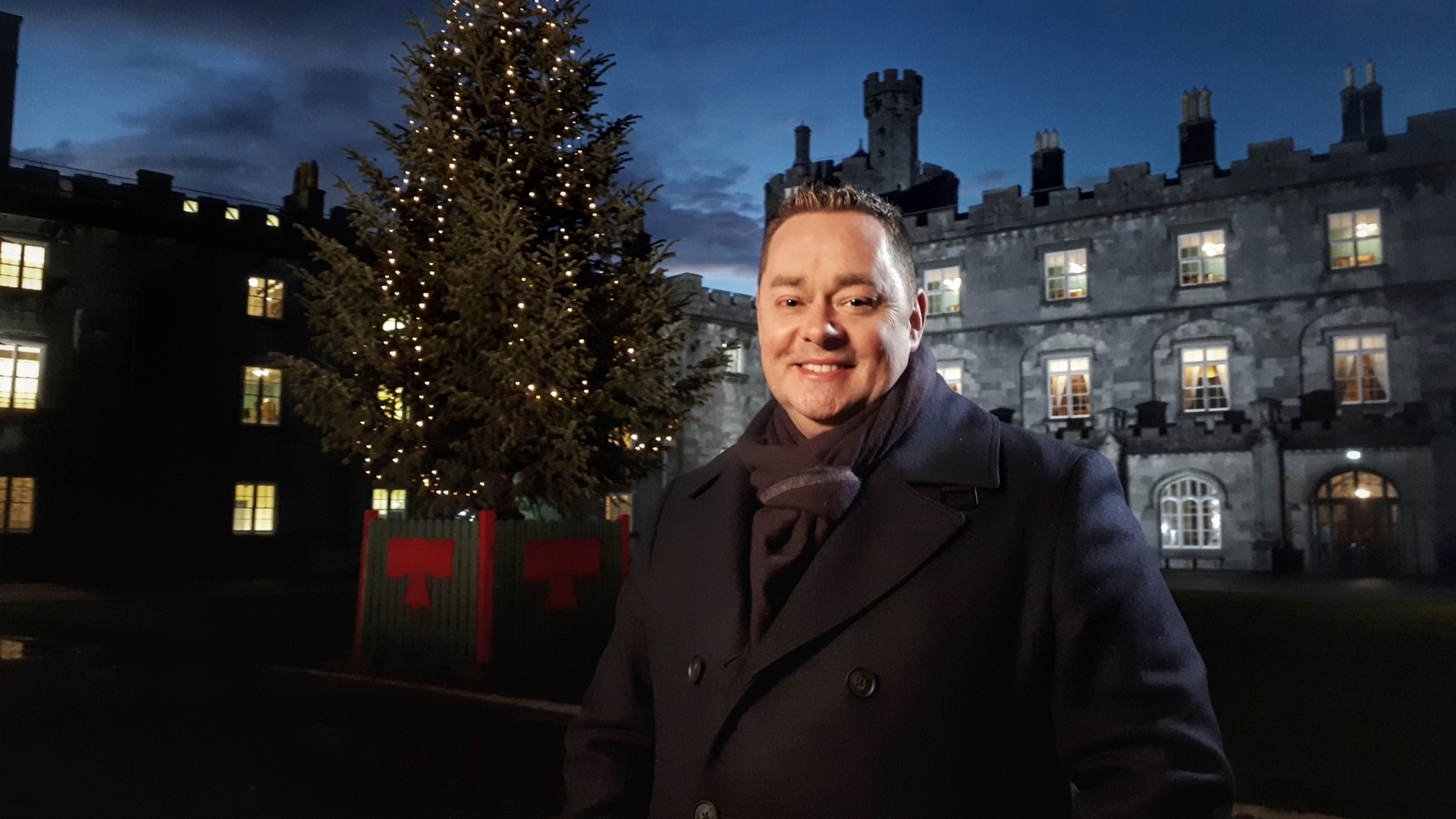 Neven filmed part of his Christmas Special at Kilkenny Castle

PROGRAMME ONE:
Neven cooks two stylish starters - trout paté (made with smoked trout from the nearby Goatsbridge Trout Farm, the longest-established, privately owned fish farm in the country), and duck confit with vegetable crisps.

This is followed by the traditional roast turkey with braised red cabbage, and cranberry and sausage meat stuffing, and a butterflied leg of lamb.

Neven also meets Adrian Cummins, Chief Executive of the Restaurants Association of Ireland to learn more about the Foodie Destination award and the reasons why Kilkenny beat 29 other entrants.

Neven then visits The Hole In the Wall, Kilkenny’s oldest tavern, located in a house built in 1582 where the owner, cardiologist Dr Michael Conway, shows Neven how to make Irish Coffee with poteen made in Kilkenny.

To get everyone in the mood for Christmas, the episode starts in St Canice’s Cathedral, Ireland’s best preserved and extraordinary medieval cathedral where Neven listens to two choirs rehearsing carols for Christmas. 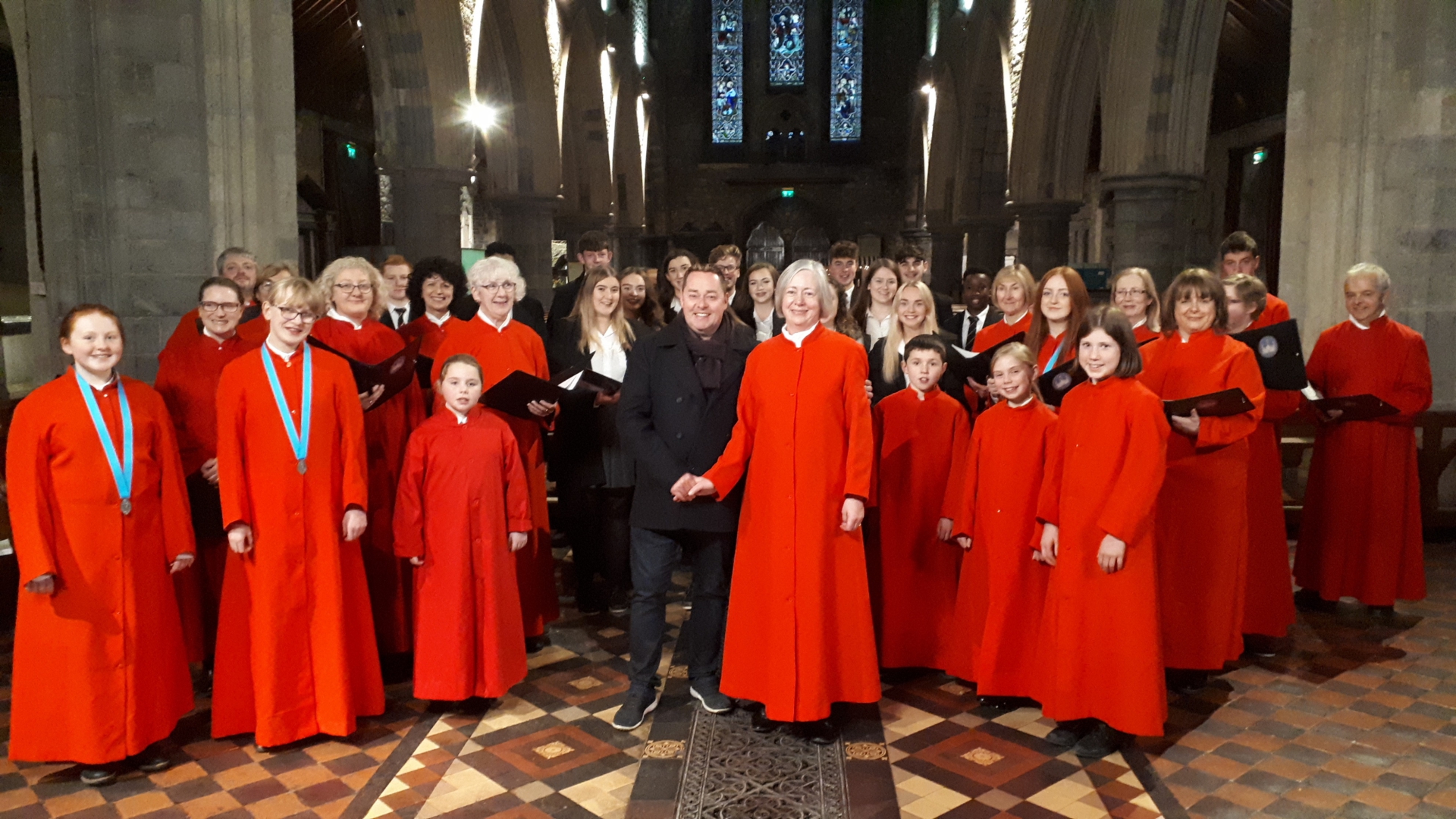 Neven with the Kilkenny College Choir

Glazed ham is a traditional favourite but this year Neven cooks a loin of bacon - very similar in taste but easier to cook, and easier to carve. He braises the bacon in cider, and glazes it with apply syrup, both made locally by Highbank Organic Farm.  Neven comes up with a new way to make the most of the leftovers: turkey and ham coleslaw.

Kilkenny has a growing foodie scene, part of the reason why it won this year’s Foodie Destination Award, and one of the city’s new cafés is Cake Face, run by Laura and Rory Gannon who show Neven how to make their “Untraditional Chocolate Mince Pie”.

Neven makes his own alternative to Christmas Cake, a Yule Log, before wishing everyone a happy Christmas back at the Cathedral and a final carol.

Always choose food with the Bord Bia Quality Mark this Christmas so you know that it has been produced to the highest Bord Bia quality standards which have been verified at every stage.