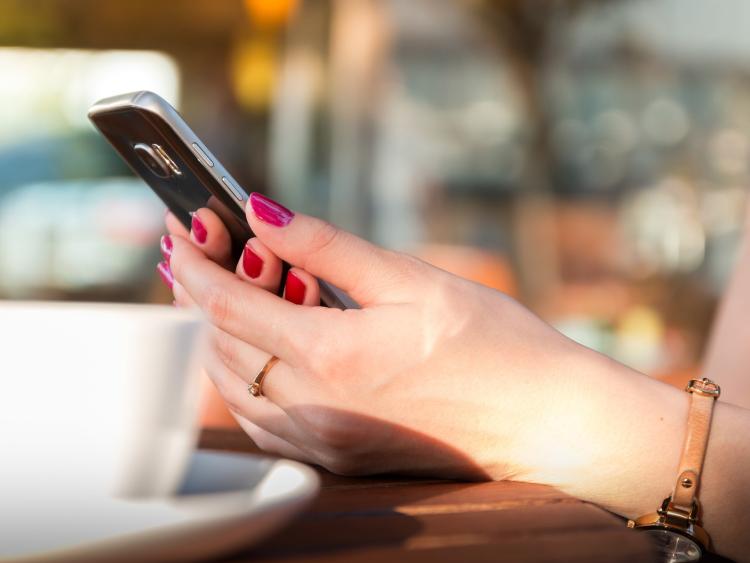 Women’s Aid, the national frontline support service for women affected by domestic abuse, today reveals that Christmas offers no respite for victims with many women and their children spending the festive season living in fear and walking on eggshells.

The organisation’s 24hr National Freephone Helpline will be open all day every day during Christmas including the 25th December.  The staff and volunteers on the National Helpline are preparing for the Christmas period with women calling in the run up to Christmas worried about their partner’s behaviour and financial stress.

For women who have left their abusive relationships, Christmas can be used by their exes to control and abuse them and their children by withholding maintenance, not honouring access arrangements and using presents as a bargaining chip.  Christmas is a time of hurt, fear, intimidation, intentional cruelty for women with sudden flashes of violence and abuse directed at them and their children.  Abusive men can use the holidays to threaten the well-being of children using them as pawns to control and intimidate during what should be a time of joy.

“December and Christmas is a tough time for women and often the abuse they are suffering is more frequent and more severe with women disclosing that they have been assaulted, hospitalised, being ignored and being called the most horrible names.  Just because it is the festive season, it doesn’t mean that physical, emotional, sexual and financial abuse goes away. Women tell us that their ex-partners are threatening to withhold finances and presents unless she does what he wants. Women are being manipulated and controlled by their partners.”
However, Women’s Aid says that they don’t expect a spike in calls on Christmas Day:

“Many women will work very hard to manage the situation and to bring some semblance of normality for their children this Christmas.  It is often in the aftermath of 25th December that we receive more calls from women who are living in fear of assault or who are taking steps to leave the relationship and who suddenly find themselves and their children homeless and without any means or supports.

We usually we would see a bit of an uplift when the kids go back to school.  Women with small children need a window of opportunity to make the call.  If they’re still living with the partner that can be very difficult as he’s going to be around more [over Christmas].  We get a number of calls on a regular basis where a woman is talking and suddenly, mid-sentence the line goes or she might just say I can hear a key in the door. That happens all-year round."
Jessica Bowes spent Christmas Eve 2015 having reconstructive surgery on her face following a brutal attack by her ex-partner.  Speaking about her experience she said:

“Christmas is a dangerous time for lots of women because of the pressures that come with it. He wanted me to visit Santa with him and the kids, and took offence when I refused. I was out with friends that night and when I got home he was hiding in the garden, waiting. My head was always the first place he’d aim for. I lost consciousness after the first punch, and again later in the attack. My eyes, face and skull were fractured that night, and I have permanent scarring and nerve damage.  It was merciless. I thought he was going to kill me.  My daughter’s third birthday was the following day, and I discharged myself from hospital to help her blow out her candles. I was readmitted on Christmas Eve for reconstructive surgery on my face.”
Jessica was given the Women’s Aid Helpline number by a social worker in the hospital and was, at first, unsure of whether to call:

“I’d heard of Women’s Aid before, but I had the idea that it was only a helpline, a listening ear, and I had that from friends and family already. I’d always thought what could Women’s Aid do? Have a chat, give a bit of sympathy but then I’d be back on my own again? Yet when I contacted them there was so much more to Women’s Aid that I hadn’t realised. Safety planning, court support, access to refuge… the extent of the services, the lengths they go to on your behalf, are incredible.  If only I’d known all along how much help was out there, I’d have accessed Women’s Aid sooner.”
Ms Smith concludes:

“As Jessica’s shocking story shows, the abuse won’t stop for Christmas but neither do we.  This year we will be open 24 hours a day every day, including the 25th December and over New Year.  Services are vital at this time of the year and we are committed to answering as many calls as we can.  We need to continue to give women the opportunity to talk things through and offer the support they need, when they need it.  We are here for every woman who needs to talk about anything that is making them anxious, worried and fearful about their partner.  Every call is important so please just pick up the phone.”
Women’s Aid is in the middle of its urgent Christmas Fundraising Appeal.  This December Women’s Aid is appealing for donations for its vital services. People can donate by texting ACTION to 50300 to donate €4 or online www.womensaid.ie/donate .