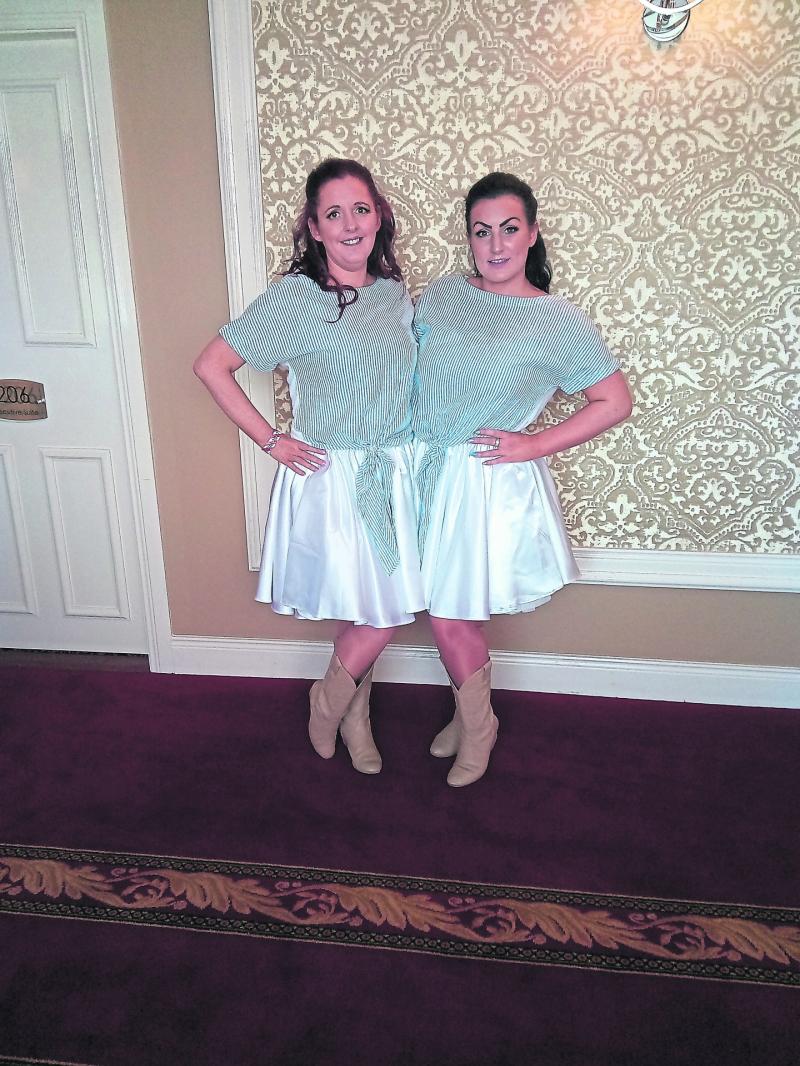 Well done to Valerie O'Shea who got first in her solo & Amy Michelle Meany who got second in her solo and both came third in their duo dance at the W.D.A.I All Ireland Finals Competition in Bundoran.

THE VILLAGe
Michael Moore
mlmoore@eircom.net
SENIOR LEAGUE/ CHAMPIONSHIP
Our seniors hurlers got off to a winning start in there first round league game on Sunday afternoon in a ideal day for hurling in Clara with a 10 pt win over Bennetsbridge . With conditions suitable score thick and fast with the Village lads out of the trap in the 1 st minute with a zRay Co
JUNIOR LEAGUE
In this instance relentless pressure failed to produce the goods for the club's Junior "A" team as they went down 0-15 to 1-9 to a resiliant Dicksboro in their 1st round league/ championship fixture on home soil on Friday evening. Unlucky to be trailing 0-8 to 0-6 after the first 30 minutes, the Village exerted major pressure on the Dicksboro defence throughout the second period but failed to get closer than two points to their defiant opponents. Three points without reply between the 13th and 18 th minutes for the 'Boro widened the gap further. While veteran forward, Gary Whelan's goal strike on 20 minutes offered momentary hope of a revival, it failed to rally "the troups" and turned out to be the last score the home side registered on the scoreboard. The James Stephens defence was equally defiant with the Byrne's, James and Conor solid in their central defensive rolls, backed up by wing back, Ben Lawlor giving little away to their opponents over the hour. In attack, Ray Lahart with 8 points together with Niall Brassil and Richie Hayes, until both retired injured, gave of their best in a disappointing first outing of the season.
VINCENT MORRISSEY TOURNAMENT
Final arrangements have been confirmed for the annual Vincent Morrissey U-16 Tournament which will take place on Saturday, 13th May in Pairc Sheamuis Stiophain. Prized as an ideal pre-championship competition, it enables team managers to get some competitive match preparation into their panels, before their respective county championship campaigns begin. This year the Morrissey family has secured an interesting line-up including defending champions, Kilmacud Crokes (Dublin), Toomevara (Tipp),Faythe Harriers (Wexford),Glen Rovers (Cork),Mungret St.Pauls (Limerick), Thurles Sarsfields(Tipp), Midleton (Cork) and the host club, itself which should ensure a highly competitive day's hurling. From the home club's perspective, U-16 team manager, Liam O'Brien and his selectors will, no doubt, be making a bold bid to win the title after a promising start, in recent weeks, to their 2016 Kilkenny U-16 league title defence, to date.
KILKENNY ROAD RACE SERIES
The annual Kilkenny Road Race series "kicks off" on Wednesday evening, 3rd May with a 5K race starting at The Aspect Hotel at 7.30p.m.. Registration will take place at 7p.m.. The Entry fee is Eu 5.00per race. On Wednesday, 10th May the Pete Gaule memorial race over 8K circuit will take place and on the following Wednesday 17th May the Dermot Butler memorial race over the same distance will be run. The final race of the series a 5K event will be run on Friday 26th May after which there will be a presentation night in The Aspect Hotel. Contact Seamus (086-0407866) to register or for further information.
LIBRARY NEWS
Loughboy manager, Caitriona Kenneally has announced that the annual Bealtine festival will be launched on the Alzheimers Tea morning, Thursday 4th May. Over the month there will be FREE workshops on clothes recycling, digital photography,chair yoga, singing with confidence introduction to golf, exercise and nutrition and many more. Full details are available at the library (056- 7794176) and booking is advisable. Caitriona also advises that Tablet based computer classes (5 x 2hours) will take place over 2 weeks in June
FOROIGE
Rosie O'Brien, the Regional Youth Officer of Foroige is seeking to recruit volunteers to get involved in their organisation. Rosie states that "if you have a spare hour or a day a week, the organisation has volunteering opportunities for you to work, behind the scene, after a training programme, helping with the youth of the region. Contact Rosie at 086-2997677 for more details.
MUSIC
Saturday 29th April,sees the ever popular, Aces back on stage for the bank holiday celebratiopns.
LOTTO
This week's numbers were 7 : 13 : 15. There was no winning combination. Next week's jackpot will be Eu 1,200. The consolation winners were Abby McGrath, Ann Tyrrell, Aisling Power, Sean & Mary c/o Delaney's and Sean Brennan.
.