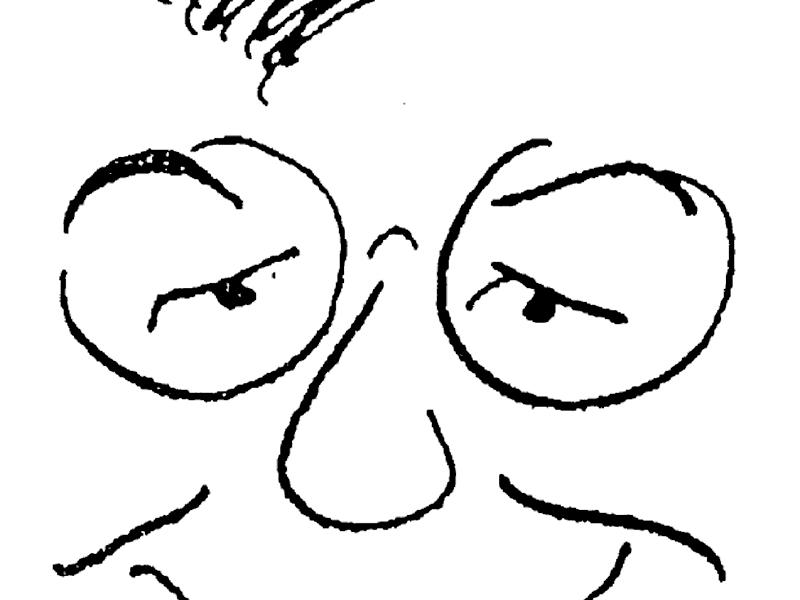 Welcome, dear readers, to GEXIT! Brexit, which we’re sick to death of, hasn’t actually happened yet, Frexit (France leaving the EU) is unlikely to happen but Gexit is a done deal. As of this week. No referendum required. I’m talking about Ger (i.e. moi) exiting this column; the old Ger, the caricature of Ger, which has graced this column for nigh on twenty-two years but now, the powers-that-be have decided to pull the plug on my mug! All together now: AH. I liked that mug. I liked that caricature of myself which has generated a modicum of conversation down the years, for instance the wise-guy who remarked: ‘Gerry, you’re almost as good looking as that sketch of you in the paper’. I’ve grown accustomed to that face to paraphrase some lyrics from ‘Camelot’. And now, now I may grow accustomed to my actual face – or rather that photograph of my physiog which has usurped my old mug and will be gracing this column for….for however long the column graces this newspaper, I guess.

All good things come to an end, they say, and as they do I should explain how that good, and accurate, caricature of yours truly came about. Sometime into writing this column I was asked by the then editor for a photograph to accompany the piece. I mentioned this to my good wife who casually wondered if something other than a photograph could be used. ‘Like what?’, I asked. ‘Like a drawing of you’, she suggested. Bingo! I immediately thought of my good friend, and talented artist, Gerard Casey. I lifted the phone and a few days later as I sat, sipping a coffee, in Ger’s studio in Bennetsbridge, he dashed off several quick sketches of me – the best being the one that has graced this column for two decades and then some. And it was all done and dusted in no less than half an hour. And now that caricature is done and dusted and I, and you dear readers, may get used to that image, that photograph of me, for the duration. Be patient, please. And let’s hope it grows on all of us!

Mentioning photographs, I presume you’ve all come across this newspaper’s publication ‘Yesteryears’, a marvellous collection of snaps from the past that capture part of who we were, and are. I love the cover photograph (taken by Michael Brophy on St. Patrick’s Day 1979) of the late Dan Quigley. Gentle Dan. Loveable Dan. Dan who led off many a funeral in this city of ours, walking ahead of the hearse, all the way to St. Kieran’s cemetery and if the cortege was going to Foulkstown to Saint Joseph’s orphanage where he’d get a lift.. And the story goes, and many of you will have heard this before, that one day as Dan was leading off the hearse someone shouted across to him: ‘Who’s dead, Dan?’. To which Dan, in all sincerity, replied with that charming, stammer of his: ‘The….the….the man in the coffin’.

A man who should have exited this world in a coffin back on Christmas Eve 2007 is Mark Ormrod, a Royal Marine who lost his right arm and his two legs when he stepped on a landmine while on patrol in Afghanistan. I read an interview with Mark in The Sunday Times magazine a few weeks back and was mightily impressed by his resilience, his stoicism and his positivity. Mark used to be 6’ 2’’, now he’s 5’ 10’’ with his prosthetic legs and 3’ 2’’ without. Mark works for the Royal Marines charity and regularly meets people who are often too embarrassed to ask him questions like: does he have a sex life? He does. He’s had two children since the landmine explosion in 2007. Best advice he was ever given? Never take people’s opinions as fact. I was told that I’d be in a wheelchair for the rest of my life. I haven’t used one since 2009. Advice to give? Invest in yourself. Read books. Find mentors. Listen to podcasts. Every day is a school day. What I wish I’d known? Where the landmine was buried. Mark Ormrod – I salute you.