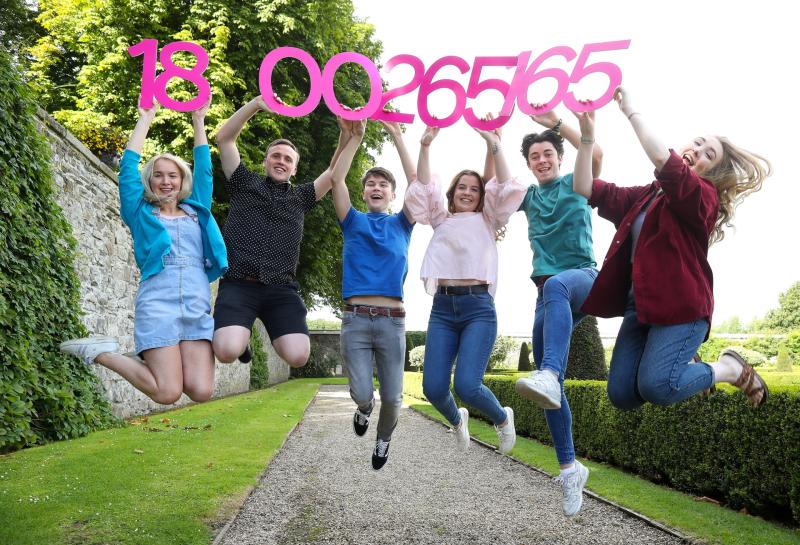 Just over 1,000 people in Kilkenny will receive their Leaving Cert results today — the culmination of all their hard work, and hopefully, a ticket on to the next chapter in their lives.

I’ve visited local schools on results day the past few years to see how the classes have got on, to talk to the students and get their reaction.

Speaking to teachers and parents, they generally seem just as invested in the results as the students themselves! The lads can often be a bit laconic and keen to get away, the girlsgenerally have a bit more chat about their CAO choices and where they think the future will take them.

Inevitably, I think back to the day I got my own results, which is ten years ago this year. In August 2007, it was well into the evening before I was persuaded to open them; I was worried it would ruin the celebrations I had planned.

I went away to Dublin to study, and later, I was lucky enough to find work in Kilkenny and come back to live and work. Many of those I studied with are now abroad, where they have built lives.

I wonder how many students I meet today getting their results will still be in Kilkenny in ten years’ time?
Most of them likely won’t still be here even in just a few weeks’ time. Be it for work or for education, the majority will have to leave this county and go elsewhere.

They might travel abroad as many of my cohorts did; or like me, they will move to Dublin (or Galway, Cork, etc) to university or some kind of further education.

It’s a real shame and a poor reflection on the Powers That Be that we still don’t have the university this region has been crying out for for so long now. It’s been promised by Governments, and was mentioned only last month by Taoiseach Leo Varadkar (speaking in Waterford). We’ve heard it all before.

The South-East Economic Monitor report published earlier this year looked at the region’s capacity for higher education and found it severely wanting. Its authors warned that the south-east’s economy would not catch up with the rest ‘while there continues to be a cap on higher education capacity’.

We give out about a lack of investment here, and decry low numbers of IDA visits and Enterprise Ireland-backed jobs— what about the more than €1 billion spent on new university buildings over the past five years - not one cent of which was spent in the south-east?

The south-east has lower educational attainment than other regions. Ultimately, this translates to ‘lower incomes and a less high skilled, lower productivity labour market’.

“This lower educational attainment, is a problem that has built up over a long-time period brought about by lower investment in higher education in the region,” says the report.

As such, the south-east is ‘missing’ more than 7,000 higher education places - and that number is increasing. Currently, we have the lowest growth of educational capacity of any of the city/regions. It's a full 'brain drain' in action — more than 13,500 people from the south-east are studying outside it.

In 2013, the council unveiled exciting plans for a ‘knowledge and business quarter’ on the recently-acquired St Francis Abbey site, including a new third-level research and development campus as part of the planned university for the south-east.

Almost four years on, that still seems far away. It was not here for my class ten years ago, and only a serious optimist would bet on it being here ten years’ down the road. Another decade of young people will be packing their bags.

is the start of a new chapter for many young people; it’s not a day for complaining. Still, it’s a little bit sad that this annual event is followed almost immediately by an exodus.

The best of luck to everyone opening exam results today.