Darren Hassett says the perpetrators get to hit any location they want; at any time. The council have to cover every location; all the time and thousands of locations are vulnerable... 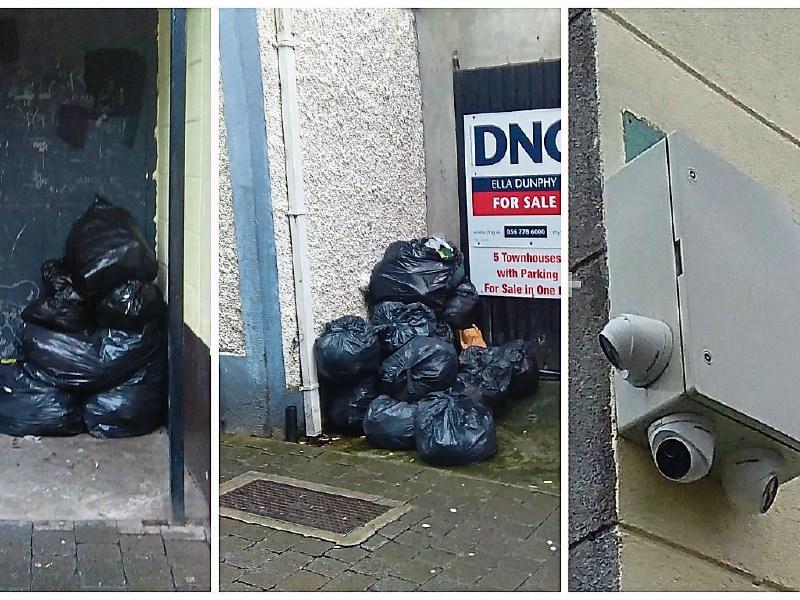 Illegal dumping is a scourge in many counties and Kilkenny is no different. We’ve seen it countless times and this publication has highlighted the areas afflicted right across the county.

Fly-tipping in Freshford saw a “bag of dirty nappies” and a box of rubbish dumped in the river at Brewery Weir earlier this year.

The incident saw the rubbish removed in a very expeditious manner but the council confirmed at the time that there was “no evidence” in the items to lead them to the culprit.

In February of this year, a spate of dumping saw dozens of black refuse bags and rubbish left in a number of areas and laneways in the city.

Again, the items were removed swiftly by the council and the bags were checked for evidence as to who the perpetrators were.

Fly-tipping incidents are never the council’s fault but given the figures published today, the question must be asked, are the illegal dumping deterrents working and what are they?

Ultimately, the onus to end this plague rests on the shoulders of those who would commit the vile acts. The council can remove the waste and mitigate against the problem, but there is only so much they can do until there is a behavioural change.

The local authority can’t install CCTV everywhere, but the fact remains - there is no adequate deterrent at thousands of locations across the county at present.

So the question for the council is, how do they combat the issue? To paraphrase a line from the film Public Enemies, the perpetrators get to hit any location they want; any time.

The council have to be at every location; all the time.

Informed and strategic placement of cameras can work and the Kilkenny People understands it has already been effective at some locations with more information to come on that in the next few months.

These carefully planted CCTV installations can eradicate wanton illegal dumping from certain hotspots. Cameras have been put in place at certain locations in the county and a number of fines were issued in recent months as the council stepped up its crackdown.

The council has said that those who do not pay the fines could face prosecution in court and this is true of anyone caught fly-tipping.

Catching and then fining or prosecuting the individuals who are fly-tipping would be the greatest deterrent of all - but it seems the culprits at the minute feel they can just get away with it.

The figures obtained by this publication revealed that illegal dumping complaints increased by 250% between 2014 and 2015.

That’s the standout figure in my view, that’s the one that says this problem is not going away any time soon.

The county’s litter blackspots remaining a mystery as Kilkenny County Council “does not have a breakdown of precise locations where illegal dumping and littering” takes place is a problem too.

This needs to be remedied because if the public are aware of the at risk sites then that creates greater vigilance among the general population.

Last year there were 128 complaints around illegal dumping – which was an almost 80% increase on 2014.

It’s clear then that the measures being taken to tackle the problem are breaking down somewhere and all the evidence suggests it’s because the consequences are not being felt by the perpetrators.