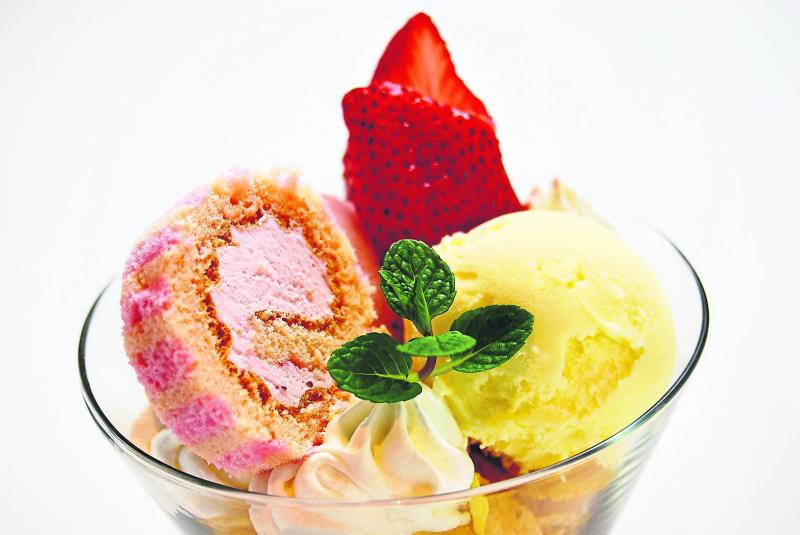 Nothing says summer better than an ice pop or an ice cream.
Don’t limit yourself to what’s in the fridge at your local shop, with a bit of imagination you can quickly whip up your favourite flavours into an icy treat.
Not only is it easy but it can be a lot of fun and a good way to get younger people involved in ‘cooking’ as well as saving you a fortune as the summer goes on!
The main reason we don’t make our own ice-cream is that most of us do not own an ice-cream making machine. Well no worries, I’ve put together here some recipes that you can make without the fancy, expensive gadget.

Ingredients
4 eggs, separated
100g caster sugar
300ml cream
Method
Whisk the egg whites in a large bowl until stiff peaks form.
Slowly whisk in the caster sugar, continue to whisk until the egg whites are stiff and glossy.
In a seperate bowl whisk the cream in a separate bowl until soft peaks form when the whisk is removed.
Fold the cream, egg yolks (and your chosen flavour if using one) into the mixture until well combined.
Flavours can include vanilla (add a teaspoon of vanilla extract), raspberry or strawberry (add 150mls of fruit puree) or swirl in some chocolate spread or chocolate chips. You can make a very grown up rum and raisin icecream by soaking 100g of raisins in four tablespoons of rum for two hours before adding to the icecream. For ginger icecream add four tablespoons of syrup from a jar of crystalised ginger, and some of the gniger chopped up too for texture.
Feel free to expiriment with your favourite flavours, but don’t add too much extra liquid to the mix.
Pour into a plastic container and freeze for at least two hours.

So now you have your ice cream but how are you going to enjoy it? Vanilla ice cream is always delicious on apple tart, or chocolate ice cream in a bowl all by itself! You could try making your own ice cream sandwiches. Just get your favourite biscuits and sandwich and, like we used to do with wafer and ice cream sandwiches, put a dollop of ice cream between two biscuits.
If you have a bit more time, make an Arctic Roll. Make a thin sponge in a swiss roll tin, and when it’s cooked and cool enough to handle roll it up in a clean teatowel. Allow to cool.
In the meantime prepare your ice cream. Let it icecream slightly soften and turn out onto a large piece of clin film. Roll it up into a log shape and refreeze.
When the sponge has fully cooled spread jam (or chocolate spread) on the inside and then wrap it around your ice cream.

Chocolate ‘Milk Lollies’
These are a big favourite, but come in a box of mixed flavours with vanilla and strawberry milk lollies that are often left behind. Make your favourite flavour and there won’t be any stray lollies left at the back of the freezer.
This recipe makes about six milk lollies.
Ingredients
180 g hot chocolate powder
6 tsp sugar (or less, to taste)
125ml hot water
500 ml cold milk
Method
Put the hot chocolate powder into a jug (to make it easy to pour into the moulds). Add the sugar (if using) and the hot water and stir until smooth.
Top up the mixture with cold milk, stir well.
Carefully pour into the lolly moulds before placing them in the freezer until frozen.
Depending on the size of your lolly moulds this can make about six ice pops.