Buon appetito - a taste of Italy 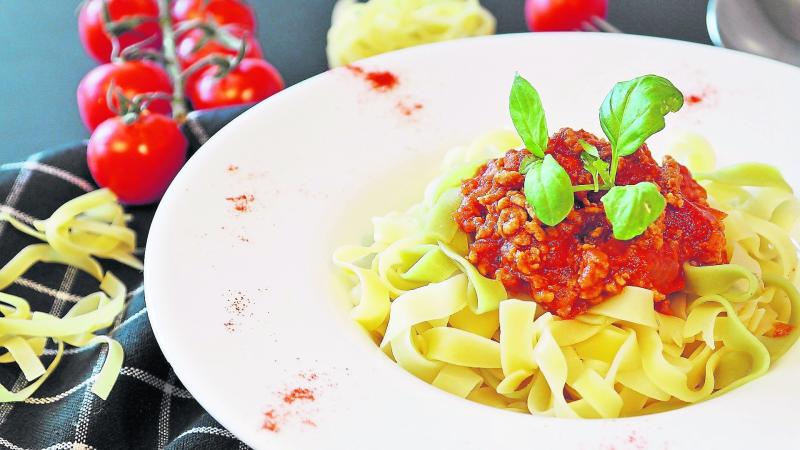 Time and again list of favourite meals include the old reliable ‘spaghetti bolognaise.’ But the dish served up to most Irish families bears little resemblance to the original Italian dish.

It takes a little bit more effort to make a ‘proper’ ragu, as the Italians call it, but it is more than worth the effort.
This is not a difficult dish to cook. If you can open a jar of sauce and a bag of pasta then it’s just as easy to chop a few vegetables - the main different between the jar of sauce and this dish is the cooking time.

A small bit of background. What we know as spaghetti bolognaise is a sauce for pasta that comes from the Italian city of Bologna. Of course there they don’t call it bolognaise, but ragu. A ragu is just a word for a slow cooked meat sauce.
There are two more main differences between what you would be served in Bologna and what we have become used to here - in Italy ragu is never served with spaghetti! Instead it is served with tagliatelli. You’ll see tagliatelli on the shelf in the supermarket beside the spaghetti. It is a long pasta, similar to spaghetti, but flat.

Most Italian pastas have been shaped to go with a specific kind of food or sauce to that it best holds the sauce. And the Italians have deemed the best past for ragu to be tagliatelli.
(It is said in Italy there are more than 350 kinds of pasta shapes!)
Another thing that might be unusual in Ireland is that the ragu is usually mixed through the pasta before serving, not just spooned on top as we usually do (and can be seen above).

Method
Fry the bacon in a little olive oil (chopped up if using rashers, alternatively the pre-chopped bacon pieces from a supermarket). While frying, finely slice the onion, carrot and celery.
Add the vegetables when the fat from the bacon has melted.
When the vegetables have softened add the mince and stir until it has browned.
Add the wine and allow it to evaporate.
Next, mix the tomato puree with a little hot stock and add to the saucepan. Add salt an dpepper.
Turn the heat down very low and allow the ragu to cook slowly for two hours, with the lid on.
Check from time to time and add a little bit more of the stock if it looks like the ragu is drying out too much.
Serve with tagliatelli and some grated parmesan cheese. (Note: buy a small block of parmesan cheese and grate it yourself, as you need it. The flavour will be much better than the dusty, prepacked ‘Italian cheese’ in the pasta aisle of a supermarket. You can get parmesan in all supermarkets including Lidl and Aldi.)

Variations
One of the nice things about this recipe is that you can change it up to suit your own tastes. For a change try using some pork mince in place of the beef mince.

In Italy there are many forms of ragu.