Day in the Life of Bobby Kerr 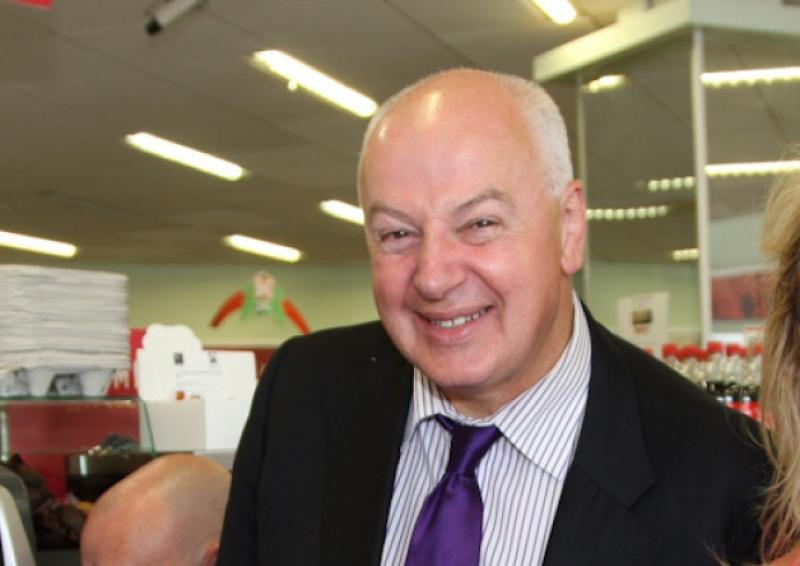 Kilkenny man Bobby Kerr - Broadcaster, Entrepreneur, A Dragon and Former Chairman of Insomnia Coffee Company. Bobby was brought up in Kilkenny where his father ran the family business, the 4 star Newpark Hotel. Kerr was educated in CBS Kilkenny and Castleknock College, Dublin and went on to study Catering Management at Dublin Institute of Technology.

Bobby is formally co-owner and Chairman/CEO of Insomnia Coffee Company, which he exited from in 2018 but still retains an interest. Bobby’s business interests are in a variety of sectors including food and hospitality, technology, hardware and exhibition. Best known in Ireland as a ‘Dragon’ on the Irish TV version of Dragons’ Den, Bobby is also a popular public speaker and business mentor. He was one of the original Dragons on Dragon’s Den for the first 4 years of the series. Although he has left the series to look at other broadcasting opportunities, he continues to have some involvement with the 9 investments he made during the series.

His Maritime TV documentary 8-part series “Along Home Shores” was filmed and aired in 2016. This saw Bobby circumnavigate Ireland looking at life, history, sport and business with water being the common theme. He has also been a radio presenter on Newstalk for the past 9 years on shows such as “Down to Business” and “Bobby’s Late Breakfast”.

He is a keen sailor and runner. He lives with his wife Mary and their four daughters Meghan, Emily, Rebecca and Michaela. They live by the sea in Sandycove, County Dublin. Here is a glimpse into the world of Bobby Kerr.

Morning – Three days a week I get up early for a 12K run on Dun Laoghaire piers . I take the DART to town, I have my first coffee in Insomnia, Stephens Green where my office is.

Dinner – Generally at home with Mary and whatever one of the four girls happen to be there. They seem to always eat something different for dinner and indeed at a different time to me except at the weekend.

Why did it take you twenty years to open your first Insomnia coffee shop in your home town of Kilkenny?

In the early days it made sense to focus on the ever-expanding Dublin market because that was where our central kitchen and management resources were. It also took us a while to find the right site. I’m proud to be part of the Insomnia and delighted to now have two sites in great Kilkenny locations. The first one we opened in the Market Cross Shopping Centre in February 2017, which now employs twelve people. Earlier this year we were approached to take a unit in Loughboy Shopping Centre. We are proud to have an Irish brand like Insomnia in Loughboy, if we didn’t take the unit another brand and maybe a non-Irish brand like Starbucks or Nero’s would have jumped at it. Insomnia is Ireland’s largest independent coffee chain, which has over 140 shops, employs over 500 people and sold over 14 million cups of coffee a year.

Why the coffee business?

I learnt the coffee business trade from the 13 years I worked with the Campbells Bewleys Group. Back then there was two types of coffee – black and white! By the time I was 38, there were lots of exciting things happening in the Dublin in the property and retail market. At the same time there was a coffee explosion in America and the UK. So I decided Dublin was the right place and the right time to open my first coffee shop. We opened Perk Coffee Business in 1998 on Grafton Street. After opening my 6th shop I sold the business to Insomnia , reinvested the money I got from them and became the Managing Director of the company.

How many cups of coffee do you drink a day?

Normally I drink 5 cups between 6am and midday. It’s pretty much all Insomnia coffee, I grind my own special blend.

So have you actually retired now?

Not really. I’m on a few boards, I do a lot of public speaking duties such as chairing conferences and broadcast part time on Newstalk which suits me perfectly.

Bring us back to when your parents first opened the Newpark Hotel.

I was born in Dublin and moved to Kilkenny when I was four. In 1966 my parents bought the Newpark Lodge for £17,000, it was on for 50 acres. There was nothing around us except fields of cows and the Fen was a marsh land that no one cared about. There were two old houses on the site. The hotel was in one of the houses  and we lived in the other called Bewpark Lodge . We opened up with 24 bedrooms, every time my father got more money, he would build more bedrooms. At the beginning, he spent a week sitting outside on the side of the road (Castlecomer Road) counting the cars passing up and down – that was his ‘market research’ for building the hotel on that site. The Newpark Hotel remained in the family for 50 years before I sold it in 2007.

The people of Kilkenny speak so fondly of your late father.

Yes he was a great gentleman and a real character and I miss him greatly.

You also work in Newtalk and your listenership has grown a lot since you started nine years ago.

Yes I am a presenter on “Down to Business” a popular Newstalk radio business show on Saturdays. I also co-host an SME slot called #bobbymeansbiz on The Hard Shoulder on Newstalk. The business show has a listenership of 115,000 listeners, having grown it from just 27,000 when I started 9 years ago. From 2017 to 2019 I presented “Bobby’s Late Breakfast” a life style magazine type show on Sunday mornings which had 93000 listeners. So it’s all going well and I am really enjoying it.

How did you get involved in RTE’s Dragon’s Den?

A friend of my wife’s asked me to do it. I said no at first, then I thought it was be good publicity for Insomnia and could help put it on the map as a national brand. I lost some money with the investments but it did help put Insomnia out there and helped me get into the media and ultimately into broadcasting.

Do you have to be a millionaire to be a dragon?

You had to demonstrate that you have a few hundred grand to spare. You also had to have the capacity to invest. I invested in nine companies, some made no returns, some modest and others fantastic, but I am still involved with them all.

When did you make your first million? (Bobby laughs at this question, says he was never been asked this before!)

Any money I made I automatically reinvested it so I never had it to spend. But I did do well in selling my share in Insomnia in December 2017!

Even though you have semi-retired, are you still passionate about helping small businesses?

Yes, I sat on the board of Microfinance Ireland (MFI) for 3 years. MFI is a not for profit lender that provides loans to small businesses of less than 10 employees with a turnover of less than €2m. This organisation has €90 million in funds to lend to small business over the next 10 years. As well as my involvement on the board, I also sat on the Credit Control Committee, responsible for reviewing the terms of credit agreements. I was also a member of the Small Business Advice Programme – a targeted programme set up to provide free advice and support to SME’s.

I’ve also chaired the business development group for An Post, a group set up by the Minister of Communications in 2015 to decide the future of the Post Office in both urban and rural Ireland. Now I am Chairman of The Great Lighthouses of Ireland an of the Board of the Cliffs Of Moher as part of my maritime interests.

You have a huge love of the sea and in particular lighthouses.

Yes, I gave up rugby when I was 28. I used to play for Bective Rangers. So I took up sailing when I lived in Cork and I have been a member of The Royal Irish Yacht club in  Dun Laoghaire for 25 years.

Lighthouses fascinate me, there are 70 lighthouses in total in Ireland around our coast. All of them are operational but none of them are manned now. Some make fantastic visitor attractions.

Unfortunately, your health took a turn a few years ago?

Yes I got cancer 4 years ago. It was head and neck cancer, effectively my throat. I was very sick for 6 months as I went through aggressive chemo and radar therapy in St. Lukes Hospital, Dublin. I also had some surgery.

Did having cancer change your outlook on life?

Yes, I took up running. I also decided to get out the business and spend more time with my family. I have just completed a 14,500 foot mountain climb of the 4th highest peak in the Alps for cancer research or the Caroline foundation. A team of 18 of us hope to raise €200,000 which will go directly to cancer research as a result of this very difficult climb.

Tell us something that no one knows about you?

Is there anything that frightens you?

Trans Atlantic sailing voyage and to spend more time in sunny Florida as I get older.

What’s the best business advice you have ever been given?

Takes twice as long and costs twice as much as you expect.

This month Insomnia will be launching a whole new range of Hot and Cold Food in their stores nationwide.