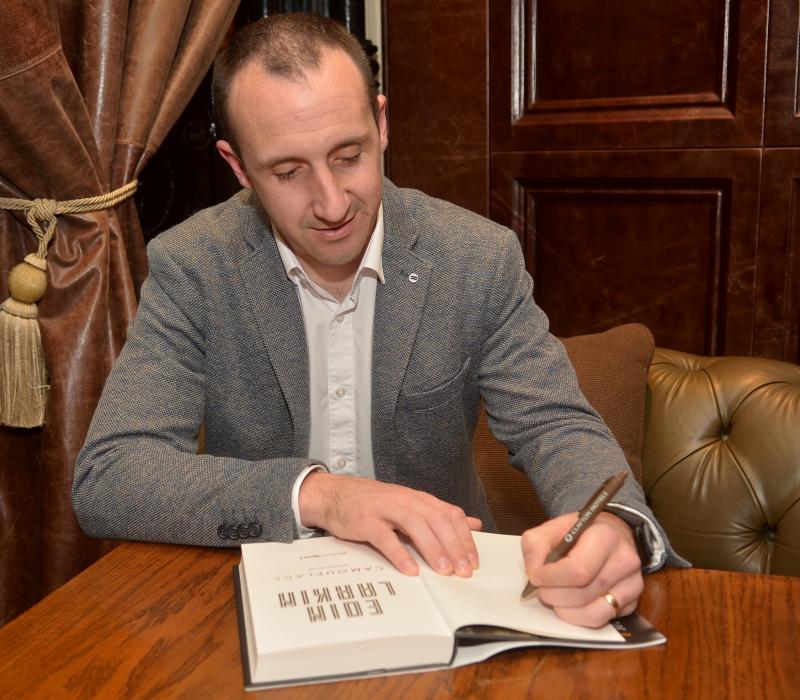 When you look at the cover of Eoin Larkin’s book, are you looking through of the ‘eye of the needle’ or ‘the storm’?

That’s the question that is going to make you want to read this autobiography. It’s a story about another great Kilkenny hurler, but Eoin takes us to another level.

‘My self-worth was virtually nil.

All Stars? Hurler of the Year?

These things wouldn’t even enter my head...’

Eight times an All-Ireland winner with Kilkenny and each of them as a starting player – a record matched by Christy Ring, John Doyle and JJ Delaney and bettered only by Henry Shefflin in hurling history – Eoin Larkin stands proudly alongside the legends of the game.

A soldier who undertook NATO and UN tours of duty in war-torn Kosovo and Syria, his biggest struggle was shrouded in secrecy. Larkin suffered from depression. Day by day it crept up on him to the point where suicide increasingly commanded his thoughts. Caught in an unforgiving man’s world, he refused to acknowledge his problems, much less deal with them, until the day came that he could ignore them no longer. What happened next provided a turning point for Larkin to confront his demons and emerge as a changed man . . .

Eoin Larkin: Camouflage – My Story is a powerful and revealing portrait of one of Kilkenny’s most decorated servants. It unwraps the rivalries, camaraderie, sacrifices and secrets behind a remarkable period of All-Ireland supremacy while showing that perhaps a man’s greatest success is simply learning to live in peace with himself.

Previous titles include: ‘Kieran Donaghy: What Do You Think Of That?’ and ‘Jackie Tyrrell: The Warrior’s Code’