Day in the Life of Michael Lyng 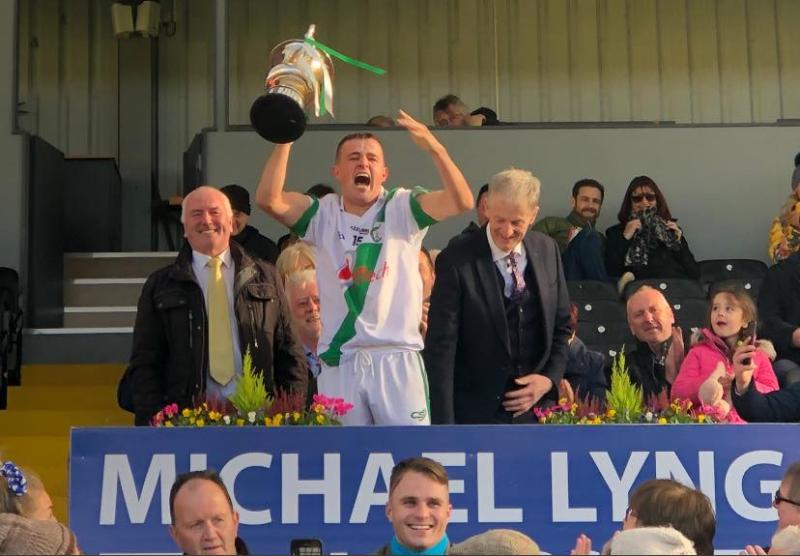 When Michael Lyng completed his second level studies in Good Council College in 1973, he went straight into the motor trade and became a junior salesman at Bolands of New Ross. Today Michael Lyng Motors is 24 years in business in Kilkenny, with two Kilkenny dealerships (Hyundai and Ford) and one in Carlow. He employs 65 people and is a massive GAA supporter. He is married to Mary and they have two boys Neil and Conor and two daughters Eimear and Ciara. He was born and bred in the heart of the Rower and still lives there.

Michael is probably one of the most down to earth people you could meet and if you ever pop into his showroom on the Hebron Road, there is always a cup of tea and custard cream produced by Michael! I met up with Michael this week for the tea and chat about Kilkenny’s Motor Show which will take place over the weekend in the Hub, Cillin Hill. The Motor Show was set up in 2009 and showcases the latest ranges from ten different Kilkenny garages (Ford, Hyundai, Toyota, Volkswagen, Skoda, KIA, Peugeot, Citroen, Honda and Nissan). There will be 200 new shining cars on display, housed for the weekend inside and outside the Hub.

The official opening takes places this Friday 8th November at 7pm. All are invited to hear the famous Tommy Walsh from Tullaroan as MC. Tommy will be having a question and answer session, along with guaranteed banter with the garages brand ambassadors - Richie Hogan, (Ford), Walter Walsh (Hyundai), Pádraig Walsh (KIA), Cillian Buckley (Toyota), Paddy Deegan (Nissan) and Colin Fennelly (Citroen).

Here is a glimpse into Michael’s world…

Michael with 200 new cars coming into the Hub, tell me about the opening day?

Morning: All the cars are ready for display purposes in the Hub on Thursday. Then on Friday morning, we start the preparations for the offers. The doors are open to the public on Friday 3pm to 8pm.

Midday: Lunch is a quick ham roll and as always I’m on tea duty. Hopefully the customers start flooding in and we are on hand for test drives etc.

Evening: The official opening is at 7pm with a Q&A & MC by the famous Tommy Walsh from Tullaroan. Tommy is witty and jovial,  but there will be some hard questions asked too. Plus it’s a great chance for young people to meet the big GAA stars.

The Kilkenny Motor Show is now in its 10th year. Where did the idea come from?

During the recession, every show room was extremely quiet, so Kevin Morrissey (Peugeot) came up with the idea of a motor show. On the very first day back in November 2009 there was one foot of snow on the roads. The County Council cleared the roads and the Gardai directed the traffic so people could get to Kilkenny’s first Motor show. 15,000 people went through the doors that year.

Does the show still attract large volumes of buyers?

The first year was a novelty. Yes it still attracts big numbers but not tyre kickers. Most of the people at it now are interested in buying a car in the near future.

Do you always sell a lot of cars over the weekend?

Yes, because after running this show for the past ten years, people now wait for it to see all the new cars under the one roof. Plus it’s indoors, nice and warm with complimentary tea and coffee.

Does anyone in the South East do a motor show on this scale?

No there isn’t, it’s because we are very lucky with the size of the venue of the Hub. Under one roof  we have 70 beautifully displayed models with more than twice that amount outside. It’s also a nice family day out and Langton’s have the restaurant open.

Some people say the minute you buy a new car and you drive it out the door, it depreciates at least €5,000. Is this myth or fact?

Absolutely no way. People will have done extensive research on line before they come in to purchase. Depreciation is not straight away, it is carried over a longer ongoing period.

What’s the most popular colour this year?

White. It’s the new black. When a white car is polished and cleaned up on a nice day it looks very well.

What’s the most important thing when a customer is looking at a new car?

Know who you are buying the car from. Know the history, the previous owners, type of use, service record, a warranty. People need to remember when you buy from main franchise dealers – they have the comfort of knowing they have a comeback and it is what it says on the tin with the service history etc.

Why are so many hurlers ambassadors for the garages?

It’s simple, hurling is huge in Kilkenny and it is played in every corner of the county.

You are a great supporter of the GAA.

Yes, Michael Lyng Motors sponsor the intermediate hurling championship in Kilkenny. We are the main sponsor of my own home club The Rower / Inistioge. We sponsor Walter Walsh and Richie Hogan and we help Katie Power and Luke Donnelly who is an up and coming golfer from Thomastown. We were very proud last week to present the Intermediate trophy to Shane Walsh who also works with us as one of our sales executive.

He is not the only GAA star that works with you or a Rower native.

Yes, Katie Power, one of the key players in the Kilkenny camogie team has worked at Lyngs for the past couple of years. She is holder of 4 All-Stars and one All-Ireland senior medal. Shane Walsh, Jamie Power, Ciaran Muldowney work in sales and David Franks who played with Offaly is our General Manager in the Carlow branch. Willie Stephenson who is a world badminton champion is also part of the Lyng team.

You played a bit of hurling yourself too.

Yes I played for my club and Kilkenny. we won an All-Ireland minor medal in 1973 and I was captain for the Kilkenny under 21’s which I took to all Ireland glory in 1977.

Did you played senior?

A few matches, I would have liked more!

They do because our biggest enemies on the field of play probably end up our best friends and best customers.

You are a very humble man Michael, but do tell me about some of the incredible awards you have won over the years?

Ah I’m not humble, I’II boast as good the next fella! I won retailer of the year twice. The ‘Ford Chairman Award of the Year’ for Customer satisfaction, actually I won that twice as well.

How did you survive the heat of the recession?

It was very difficult, it was a huge turnaround from being really busy to nearly falling off a cliff. Probably 40% of garages didn’t survive and they are all good people.

We survived because we swallowed the bitter pill of the hit and dropped prices early. The hardest part was letting some staff go, that was the hardest thing or decision I have ever had to make.

How are you coping with the whole Brexit mess?

The biggest problem is the uncertainty. We just need to get it out of the way as it will be good for business in general.

Is there anything that frightens you?

In the motor trade for 45 years so I’ve been through it all.

What do you do to wind down?

Golf, go to the hurling match, go on holidays.

Is there anything that bugs you?

Nothing really because it’s great to deal with nice people and that’s who will come through the door at Lyngs Motors. We have good honest decent hard working staff and that makes it easier to keep our business running.

The Kilkenny Motor Show is a regular and popular attraction at The Hub that provides for three days (Friday 8th to Sunday 10th November) of exclusive viewing of car models from garages both locally and beyond. Special finance offers and deals are available for the weekend with all the major finance companies. There is free entry and a nice cuppa of tea!

Michael Lyng Motors - your main Hyundai and Ford Dealers in Kilkenny is located on the Hebron Road, Kilkenny, 056 777 0700 www.lyngmotors.ie