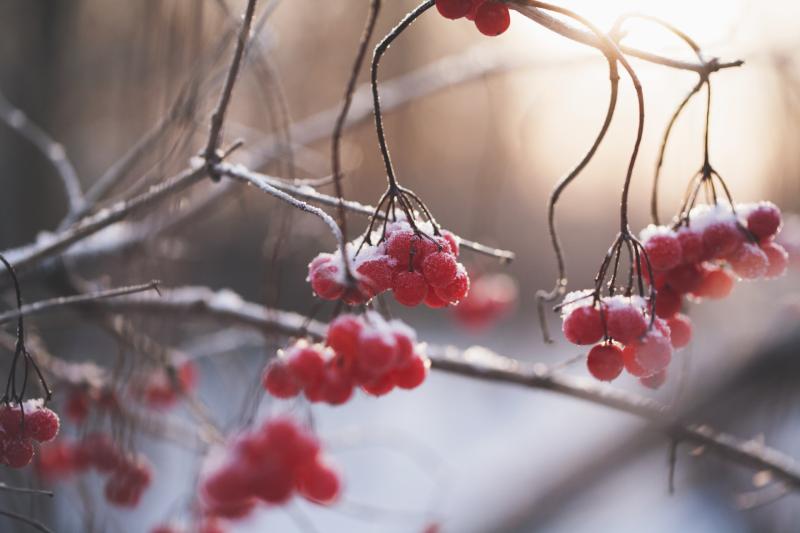 For the past week I have been driving about the countryside a lot and coming across some of the most wonderful berrying hedges. They really deserve consideration.

Last week I wrote about the different sorts of evergreens you might think of planting when trying to jazz up a winter garden. I could have just as easily written about berrying plants. And from my recent jaunts, the people of rural Kilkenny are the experts in this particular field (forgive the pun).

Scooting along the back roads, between Castlecomer, Freshford and Ballyragget, I have come across some really pretty examples of berrying cotoneaster and hawthorn hedges, as well as pyracantha, holly and sorbus or mountain ash.

On those black-and-white-photo-sort-of- days that there have been so many of recently, these gorgeous hedges, shrubs and small trees make themselves known from a distance along the road. The hedges look like expanses of long, glowing red embers, almost like dying-down fires. Elsewhere there will be an explosion of red berries, emerging from a run of  otherwise massed grey, dormant branches or a burst of red dots splattered over a tree standing against a bullet-grey sky. They stand out fabulously, and dramatically, yet never look either over-the-top or alien in their surroundings.

I love the way so many of the hedgerows, sometimes of cotoneaster, sometimes of hawthorn, are maintained – clipped and tight, but also rounded and organic in shape. They provide birds and small creatures with both shelter and cover as well as something to eat as the cold months roll by.

My favourite country garden featuring these is always that of Pat Murphy on the road out of Johnstown. Mr Murphy is an artist with evergreen and berrying shrubs. His clipping is nothing short of masterly. It makes his garden as handsome in January as it is in June. This is not something that can be said for many of our gardens.

Separate again are the cotoneasters grown as  ground cover, often used  to drape over a raised bank or ledge, or set to drape along a slope. The amount of food, in the form of berries and nectar for the bees, as well as shelter, that these compact, tidy plants offer, is remarkable. And back on the  matter of looking good, they are first rate garden plants.

I was speaking to another rural gardener, Ciaran Costello, out in Gattabaun, whose own winter garden is a fine sight. Ciaran’s favourite is holly and he encourages hollies throughout his pretty garden - even when a holly decides to put itself in a location that did not originally feature in his requirements. He has one particular champion of a small tree that grows straight out of a stone patio. IT was not where he wanted a holly tree but he left it do its thing and now it looks great, particularly at this time of year when it is covered in deep red berries.

We chatted about making a holly hedge. For some reason they are not seen widely enough. This native plant is so versatile, good looking throughout the year, as well as hardy and easy to mind. I saw a young holly hedge recently, clipped to about four feet or 1.5m. As well as looking good, holly is also extremely useful as a burglar deterrent. It would be a brave burglar who tried to  gain a window above a hedge of those shiny green spikes.  Think also of the elephant walk paths that develop in some gardens, where animals, children and even post men, decide that the best way to the front door is  via your border or  flower bed. Would they try that lark if there were a line of clipped hollies in the way?

Back to Ciaran: He told me about an old fashioned way to plant a skeagh or hawthorn hedge. You insert a few of the berries inside a skein or hank of hay, wrapping the hay like a blanket around the little berries. Then you bury a number of these parcels in a line along the boundary of the field you want your  hedge to grow – and wait.

Ciaran has one particular specimen of hawthorn in his garden that he tried this method on  a number of years ago. The three metre tall clipped shrub is a gorgeous sight. He clips it tightly and as a result the blackbird nests inside, making itself a very nice bed and breakfast thank you very much.

Next week I will  get down to thinking about Christmas presents for gardeners – both the armchair variety and the more active sort.