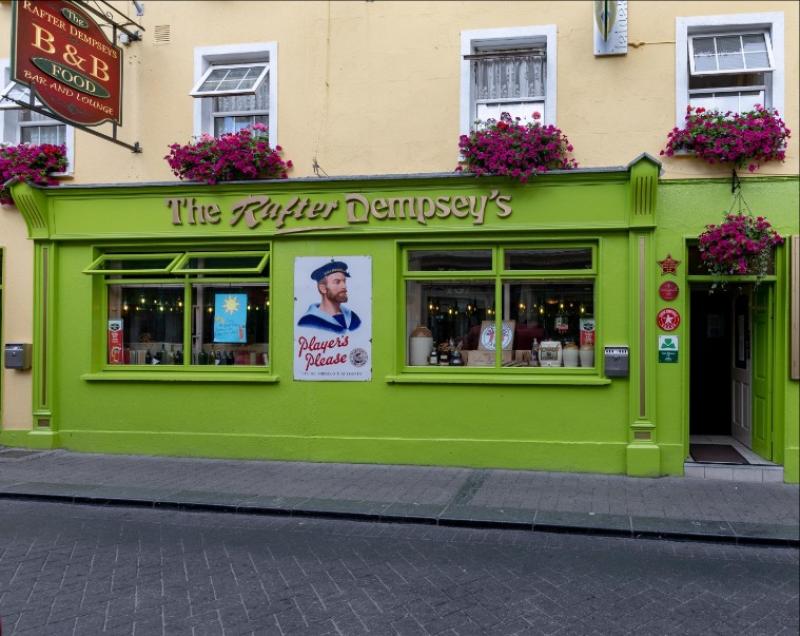 The Rafter Dempsey’s is among the venues for live music this weekend!

There’s a fantastic array of gigs taking place across the city in the upcoming week that’ll help you to keep those pesky New Year blues at bay.

Road Dogs are influenced by over fifty years of rock music and cover artists such as Thin Lizzy, The Beatles, The Rolling Stones, Fleetwood Mac, David Bowie, Pearl Jam, Neil Young, The Cars and Stereophonics.

If you’re into rock music then treat yourself and consider this gig a late Christmas present. The best part? Admission is free!

If you’re more of a country fan then you’ll be happy to hear that one of Ireland’s finest country singer-songwriters will also be in town this Saturday evening.

Johnny McEvoy will be performing at Springhill Court Hotel as part of his latest nationwide tour and his spirited blend of country and folk promises to please.

McEvoy’s first big break came in late 1966 when he recorded ‘Mursheen Durkin’ — an old west of Ireland ballad. It topped the charts at number one for three consecutive weeks.

His first tour to the US was in 1967 and was highlighted by a concert at New York City's world-renowned Carnegie Hall. By the time McEvoy played Carnegie he had already achieved his third number one hit with ‘Nora’, a song inspired by Seán O’Casey’s famous play ‘The Plough and the Stars’.

Now a national country icon, McEvoy brings fifty years of experience and refinement to this latest tour. The performance kicks off at 7.30pm. For further details and to secure tickets visit ‘johnnymcevoy.com’.

For something a little bit different there will be a storytelling circle formed in Billy Byrne’s on Monday, January 13 at 8pm. All are welcome to gather round in the cozy surrounds of the city venue to share stories, poetry, art, songs, thoughts, jokes and tunes.

Everybody has the potential to be a great storyteller and this could be your chance to realise your potential through whatever creative medium you like to call your own.

For those of a thespian penchant, this might just be exactly the type of gig needed to perk up your creative sensibilities to prepare for a successful year ahead.

Get out there, get involved, but most of all — enjoy every moment!