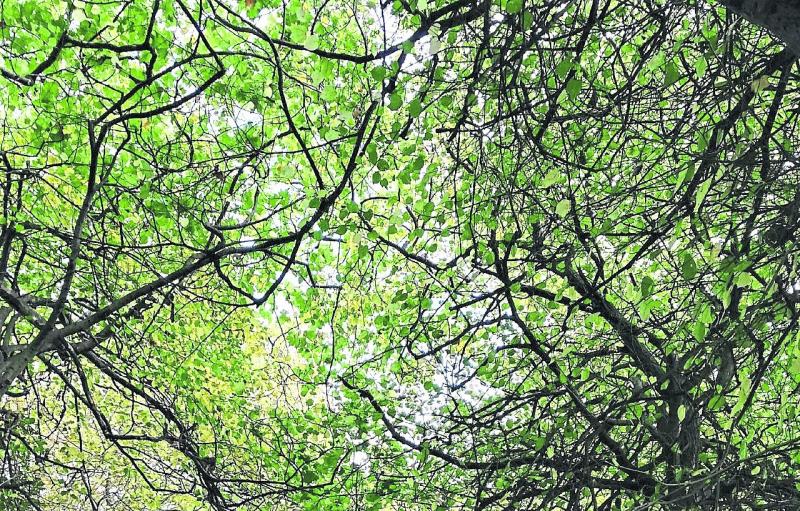 We need more trees, shrubs and perennials, all around us, providing nesting places for birds and food for all, writes Shirley Lanigan

I had a friend who once had a glorious berrying cotoneaster outside the front window of their house.

The tree was about 30 years old, with a corresponding mature umbrella shape.

It looked good all year as it was semi-evergreen, with flowers in May that provided pollinating insects with plenty of food through the early summer. Later in the year it carried a huge crop of red berries that lasted all winter and fed the local bird population over the cold months.

My friend rightly loved it. It added a touch of class and afforded privacy to the house. It was, without doubt, a credit to its neighbourhood, a small well-shaped tree in scale with its surroundings, a mature and useful thing of beauty.

There was one problem: The next door neighbour, who did not love the tree.

This neighbour plagued my pal year in year out, to chop the tree down. It should be noted that, at about four metres tall, this was no dominating monster.

It was not going to fall and flatten the neighbour’s house, let alone the owner’s house. Nor did it stop sunlight getting to the neighbour’s windows as it did not cast shade in their direction. It should be added that the houses were not attached, so there was a fair bit of space between the two buildings.

The neighbour’s issue with the offending tree was that it dropped its berries on the footpath. It was a litter bug posing as a tree. The pesky berries, according to the neighbour, were untidy and a hazard and made the area scruffy. The neighbour had no time to listen to rubbish about berries feeding the birds (obviously no fan of Mary Poppins in that house!)

As far as they were concerned the birds could take themselves off somewhere else from December to February, the leanest months in the year. To hell with hungry wildlife!

The footpath, was a decorative, rather than used path – along which the neighbour did not walk, nor did they need to walk along it.

My poor friend was worn out with the complaints but bore it well, ignored it actually and soldiered on, keeping the neighbourhood looking lovely. Hip hip for her.

We need more trees, shrubs and perennials, all around us. We need them beside our houses and up our walls, climbers dense and deep, providing nesting places for birds and food for all. We need tall trees and shrubberies.

We need them to provide feeding stations, living quarters and laneways and motorways that allow wildlife to travel and migrate without having to venture on to our own roadways where they become road kill.

The ideal situation would be that when out walking along the Ring Road you should not be able to see the backs of the houses that bound the road.

Walking through a housing estate, you should not see the houses for the trees. There should be busy planting stretched out in all directions and making better use of our currently grassed public areas.

Fruit trees, hazel groves, native flowering shrubs, stands of native trees and fruiting hedgerows should be shoe-horned into every spare bit of open and public land.

Meanwhile, out in the countryside something needs to be done about the widespread removal of hedgerows simply to make space for a few extra metres of farmland.

We need more plants and less tidiness, fewer sharp straight lines, and more plant-softened surroundings. If we achieved that, we would have cleaner air. The sound and pollution of traffic would be dulled, quietened and removed.

We would be assisting wildlife, helping pollinating insects. Our bee populations are in danger. We know that. We worry about them because we recognise and love bees. They are easy to love.

But just as important are all the other – equally important if less known and less loved native insects and creatures. The ugly bugs are there for a reason too.

They all need to be both supported and let to live. As gardeners we can help. We just need to grow and grow more, spray not at all and allow for some of the produce of our plant crops to feed and support our wildlife neighbours.

This is the beginning of a new gardening year. We are told that the world is on fire. We can only do a bit, but this is a good time of year to decide to do that bit.

During the Second World War there was a famous slogan – Dig For Victory.

We could well take up that slogan and run with it in this equally if differently scary time.

And when it comes to a few berries on the footpath, well, we could just sweep them up…