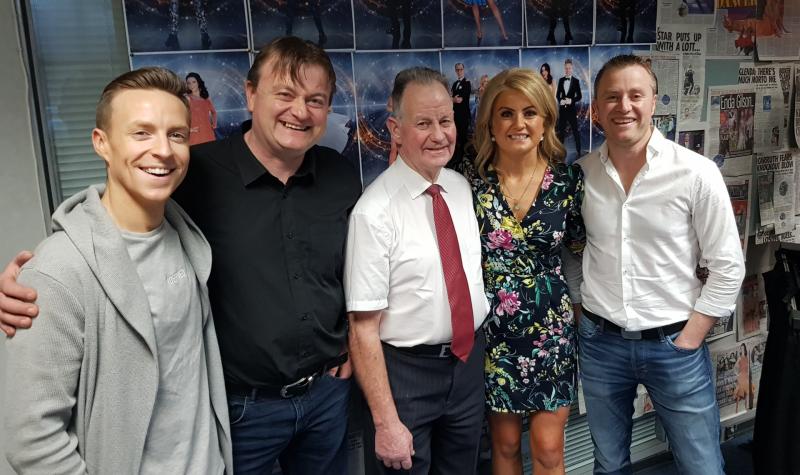 On Sunday last, I attended the live recording of RTE’s Dancing with the Stars. It was a pleasure to meet Aidan ‘Taggy’ Fogarty’s family before the Show and to chat about their dancing hurling star. According to Dad Phil, Taggy’s gets his moves from him, all the way back to his set dancing days, when he and his late wife Kitty won many a competition. 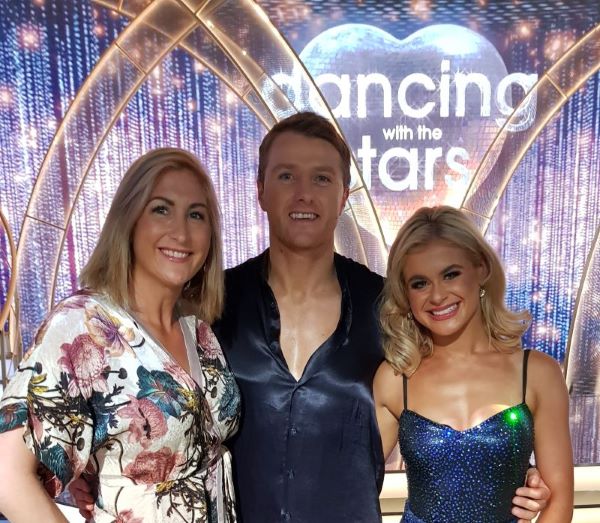 Speaking to ‘Taggy’ and his dance partner Emily Barker after the show, I saw first-hand how the nerves are real. They were both still shaking after the elimination round. The pressure is huge on them, as they strut their stuff to entertain the nation. So don’t forget to pick up the phone for our guys. 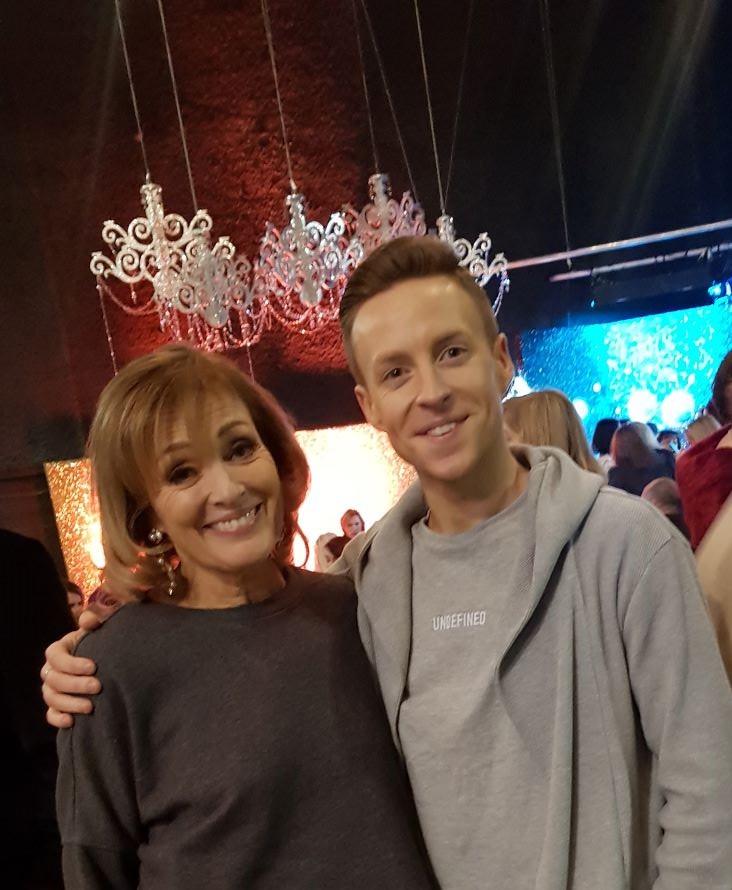 I also spoke to last year’s winner John Edward Nolan with his fabulous dance partner Mary Kennedy. It was a special evening for them as they danced the Viennesse Waltz to her nephew’s Dermot Kennedy’s track ‘What Have I Done’.  There is no end to the elegance of this lady, as she carried an air of calm and maternity back stage, meeting and greeting everyone with grace. John Edward’s partner of last year – Mairead Nolan was there too to cheer on the couple. 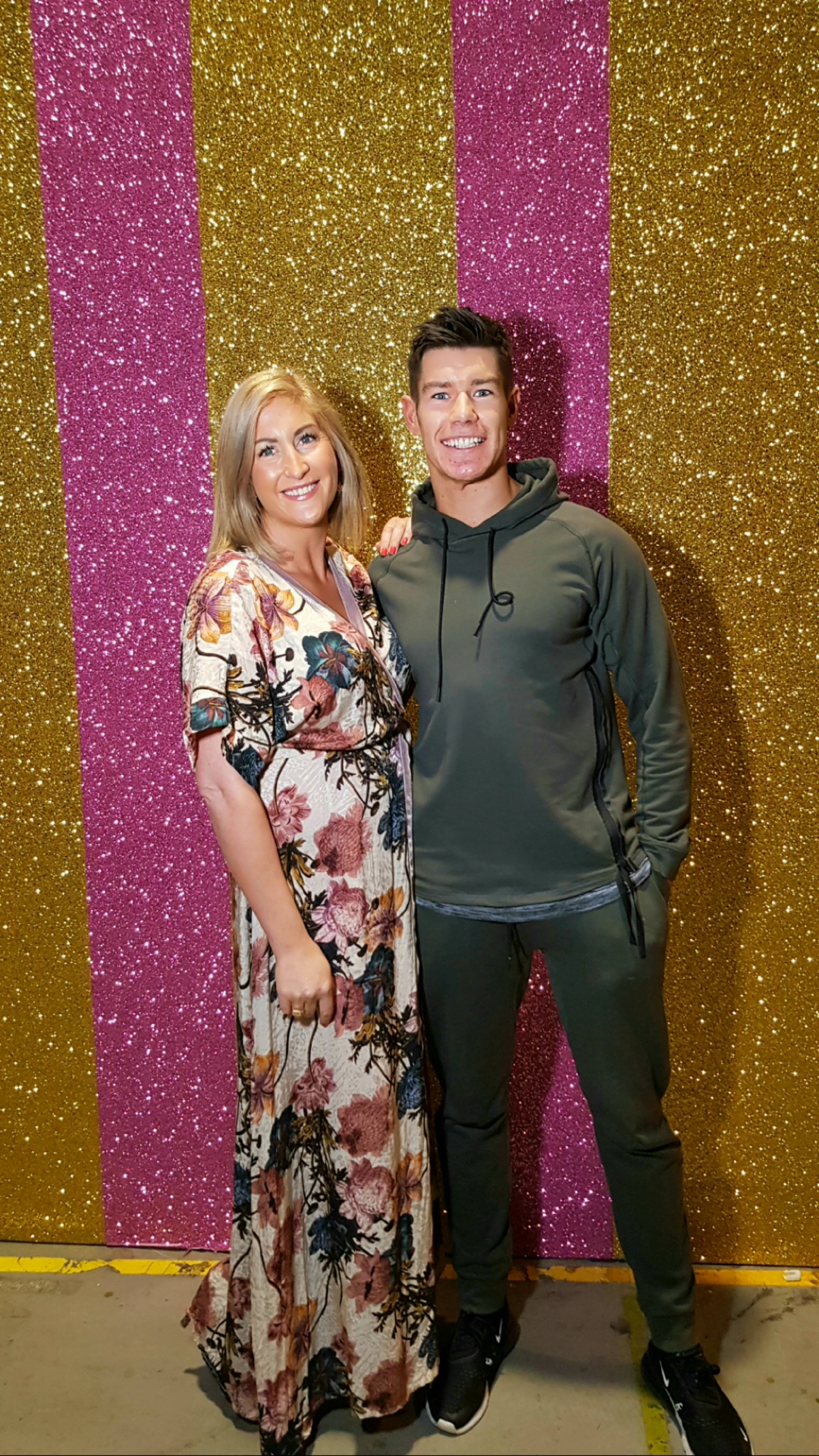 Fair City’s Ryan Andrews was also an impressive gentleman. As for his dance moves, I couldn’t tell who was the professional between him and his dance partner Giulia Dotta. 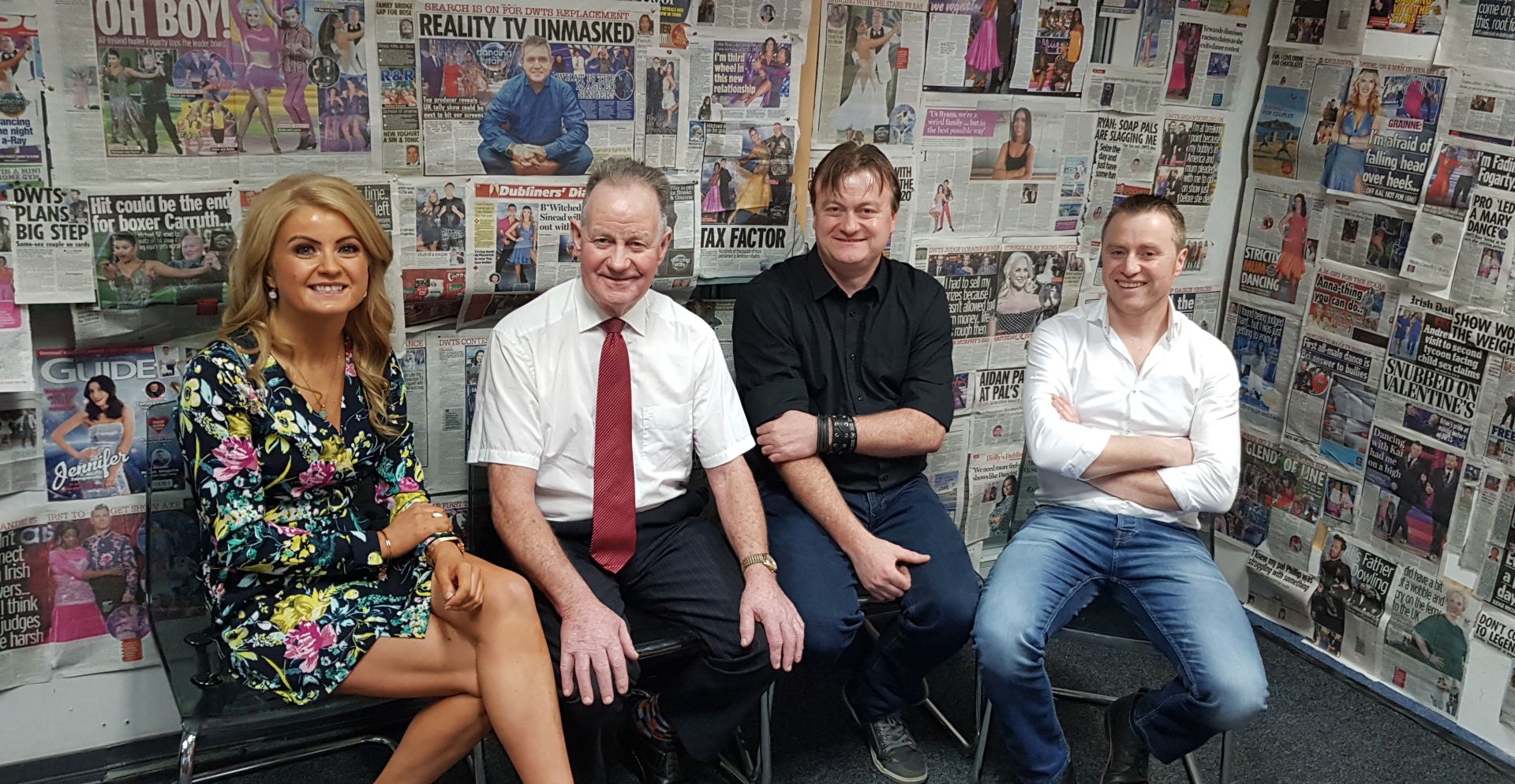 Unfortunately it was dance off elimination night and everyone was hanging in there Brian Dowling who was eliminated. Brian lost out in the first dance off of the series. He will be a huge lost to the Show. If last Sunday’s dance off is anything to go by, it shows that the best are not safe. The voting window is short, so be sure to text AIDAN or MARY to 53125.