Blessed be the strange ties that bind you to a football club! 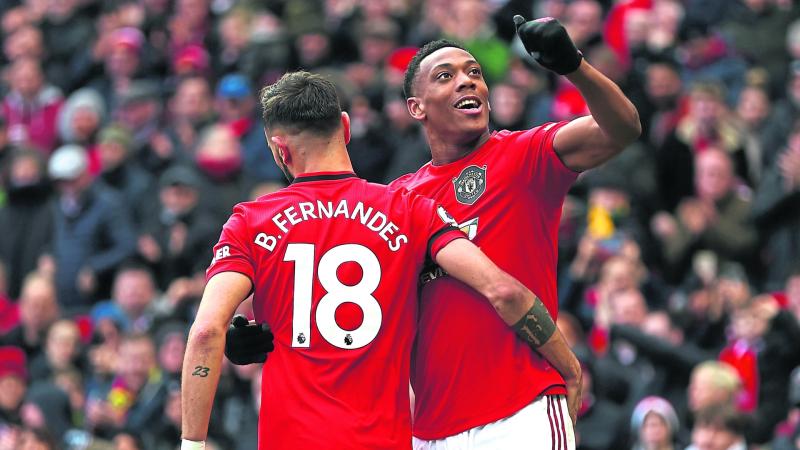 Having given the matter some thought, because these are the kind of things that keep me awake at night, I concluded a while back that two thirds of Irish people who were interested in English soccer supported either Manchester United or Liverpool.

It was a rough and ready calculation guided by nothing more than intuition, but imagine my non-surprise when a comprehensive survey in The Irish Times the other week revealed that 33 per cent of Irish over-18s who expressed a preference were Manchester United fans and 29 per cent were Liverpool fans.

Enda McEvoy’s Intuition: proven to be accurate to within three percentage points. At this rate I’ll soon be snapped up by the market research people.

The reasons cited for supporting a club went in the following order of popularity:
* Liking a specific player or players;
* Friends supported the club;
* They were successful at the time - surely the most compelling incentive of all.Small boys by their nature do not realise that form is temporary and Sic transit gloria mundi. The one and only Ber Scott, a legend of the local game, supports Blackpool. Easy knowing he was a lad when Stanley Matthews was in his pomp. They don’t make FA Cup finals any more like they did in 1953, eh Ber?
* Parents or siblings supported the club or you were born nearby. Witness the case of Pat Doyle, that top operative at Toyota on the Hebron Road in Kilkenny, born in South London and a Crystal Palace season ticket holder;
* Family or other historical links to the club or its catchment area. Sure enough, I know a guy here who supports Burnley on the basis that his mother nursed there for a year or two after the Second World War;
* A liking for the club colours. (Not as silly at it may sound.)

Anxious to find a living, breathing market research subject of my own, I asked my former Sunday Tribune minion Pat Nugent – aged 42, although he’ll always be 25 to me - why he became a Liverpool fan.

Very simple, he replied. Back in 1986 Sports Stadium showed them on successive Saturdays. They won both matches and Master Nugent “decided he liked them”. QED.

The other clubs with healthy support bases that featured in the Irish Times included Celtic on 14 per cent, Arsenal on 10 per cent (all those guys who were boys in the era of the green Gunners in the late 1970s) and Chelsea on six per cent (I expected it to be larger in view of their success over the past two decades), with Manchester City (bound to be higher in 10 years’ time) and Spurs accounting for four per cent each.

It was no surprise that Leeds United, beloved of so many Irish males over 50 and also by their indoctrinated offspring, figured in despatches. It was mildly dispiriting that Everton, traditionally the Irish Catholic team on Merseyside, did not; there is a small but hardy band of Toffees of various ages around the place who materialise from time to time.

One also encounters the occasional West Ham fan. A few years back, when the Hammers visited St Patrick’s Athletic for a pre-season friendly, a supporters bus went from Waterford, stopping en route to pick up hop-ons in Kilkenny and Carlow. I suspect there wasn’t a person got on whose father or uncle hadn’t worked in Ford’s of Dagenham back in the day.

The final words to Pat Nugent, who was intrigued by the revelation that for more than a third of respondents their team was either (a) very important to them or (b) so important to them that results actually affected their mood.

“Given the spurious reasons that we find to support teams, including the colour of the jersey, I find this hilarious and baffling,” quoth Pat. Not, he adds promptly, that he’s one to talk. “I’ve turned games off in the last few weeks as I couldn’t take the tension. One of those games was to put Liverpool more than 20 points clear at the top of the table…”

As for the identity of the two most popular clubs: “It demonstrates how sad and predictable the Irish are. We’re romantics (both clubs have plenty of death in their histories) and we’re bandwagon hoppers (the two most successful clubs in England).”

With which there can be no arguing.

'It's not over' - WHO warns Covid-19 cases are rising worldwide