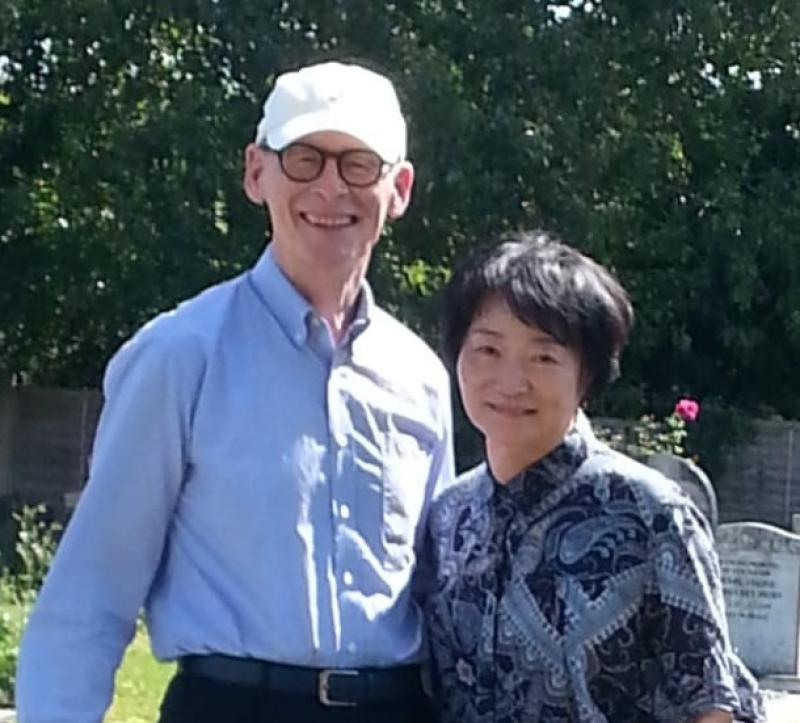 This week I received a letter from Korea from Noel Mackey, who is originally from Dunnamaggin, Co Kilkenny. Noel has been living in Korea since 2006. The numbers that have been affected by the coronavirus in Korea (as of March 29) amount to 9,583 people who have been infected with 152 deaths. The number tested is approaching 400,000.

Noel has witnessed the outbreak of the virus in Korea and is writing this letter to tell us what it has meant for him, his family and his 106 mother in law, as well as the Korean society in general over the past two months. 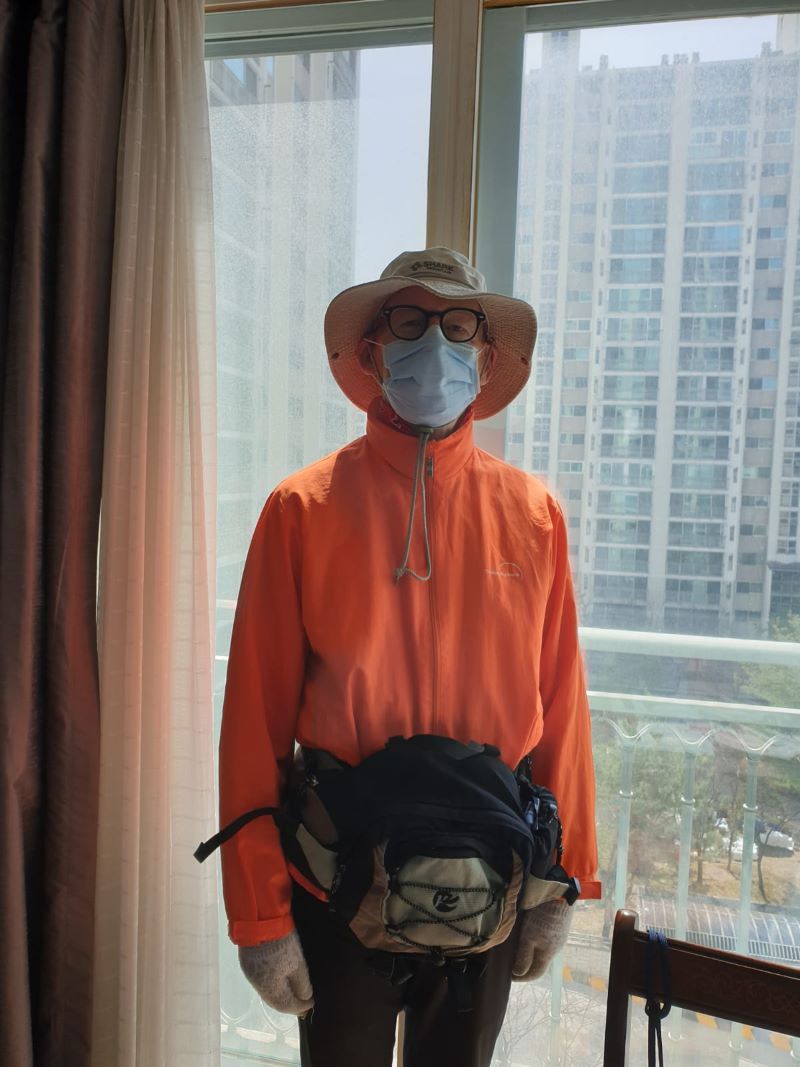 My wife Kyung Hee and I had made plans to take her 105 year old mother out for a special meal to celebrate the Lunar New Year on January 25th. Our plans were shattered when on January 23rd we received a text message from the nursing home saying they were under lockdown and for the foreseeable future no one was allowed out of or in to the facility. It was our first indication that the situation was precarious. Now some none weeks later we wonder how Kyung Hee’s mother is faring and when we will be able to see her again. She is rather feeble, almost totally blind and very hard of hearing.

This weekend we were able to talk by phone with my mother-in-law and even though Kyung Hee and I tell her we want to see her but cannot because of this dangerous virus she does not seem to get it and keeps saying please come I want to see you. The nursing home are keeping her safe but as her memory is pretty bad she just keeps forgetting why we are not visiting - this is heart breaking for us as there is nothing we can do. 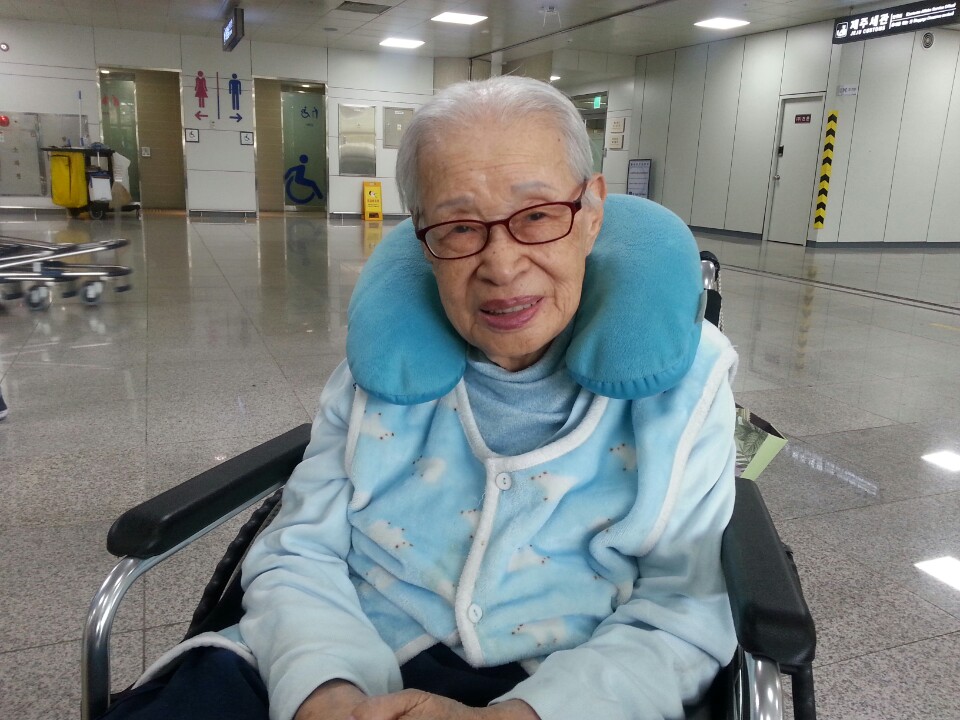 Right now all schools, universities, libraries and museums are closed. Many planned public events have either been cancelled or postponed and people are advised to avoid large group meetings. For the first time in the history of the Catholic Church all Masses have been cancelled. Life is rather grim with people having to live a confined lifestyle. We are afraid to go to the cinema, to large department stores and being advised to refrain from attending weddings or funerals. Most people are either buying on line or shopping and eating locally. Every time we use public transport we hear announcements warning us of the necessity of wearing face masks. Restaurants, buses and our apartment elevator supply us with hand sanitizers.

With the schools closed parents are at their wits end trying to take care of their children. Normally they would send them to Hagwons or cram schools during vacation time but they cannot do that now as they too are all closed. The richer people can find some alternative way to keep their children occupied by employing a private teacher but poor parents cannot afford to do that.

At the start of the outbreak of the coronavirus adults and young students continued with their private classes. As the number of those infected grew people became more cautious and right now five of my seven students have cancelled classes indefinitely. I found it rather ironical that one young girl that has a distinct abhorrence for school and study in general is now bemoaning the fact that her school is closed. She is feeling lonely being at home all day and misses meeting her school friends.

In the neighbourhood where we live in a satellite city of Seoul life continues as people struggle to deal with the corona virus as best they can. Almost everyone wears a face mask and those that don’t are frowned upon. The biggest change I have noticed is the long queues outside pharmacies and the Hanaro mart each morning as people try to purchase face masks. The government has finally been forced to control the manufacturing and distribution of face masks in order to avoid speculators hoarding them and selling them at an exorbitant price. Starting from Monday March 9 each citizen has been limited to receiving two face masks per week.  The convenience stores and small restaurants appear to be doing a better trade as people are reluctant to go to the big department stores and large restaurants where they fear they might contact the dreaded coronavirus. While people are taking all the precautions necessary there has been no panic buying or people living in fear.

A string of Spring Festivals as well as concerts and theatrical performances have all been cancelled. While cinemas are still showing movies very few people are taking the risk of attending as social distancing is been emphasized as being essential in the fight or as the President calls it the war against this virus.

People are expressing anger at the members of the Shincheonji religious sect as some 60% of those confirmed to have the virus are linked to that church. The members have been less than cooperative with the health authorities with some of them in hiding refusing to answer their telephones while others have been rather economical with the truth denying membership and telling deliberate lies.

Of late I have also been able to stay occupied with some translation work which also helps me take my mind off the situation. My greatest worry is for my mother-in-law who turns 106 this month. I used to visit her every day to talk with her and help her do some basic exercise in an attempt to keep her from becoming completely immobile. I fear that she may become depressed with the lack of contact with her family. She is probably wondering why we are not taking her out for her favourite meal of marinated beef.