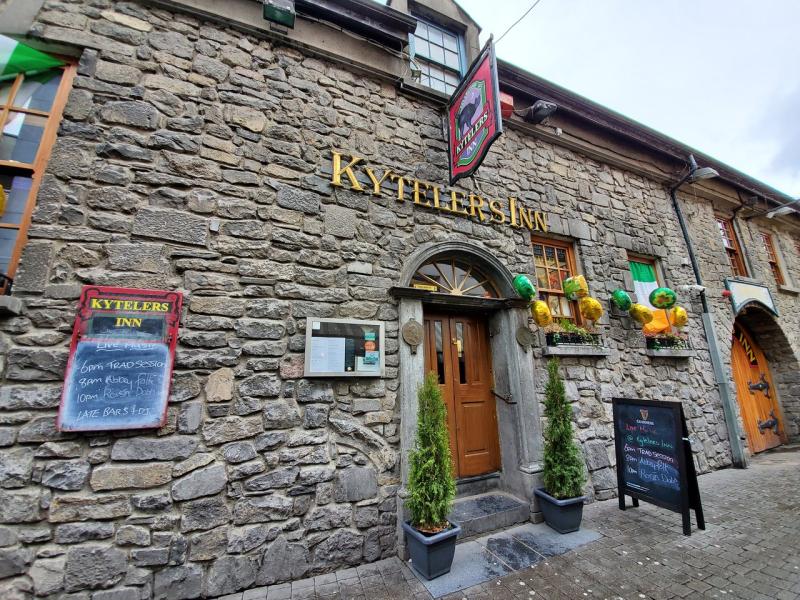 Kyteler's Inn, the original home of Dame Alice Kyteler, who was tried as a witch in 1324

Almost 700 years ago, a young woman was dragged through the streets of Kilkenny, publicly flogged, tied to a stake and burned to death.
The year was 1324 and it was the first ever burning of a ‘witch’ in Ireland.
But there was a problem. The wrong woman had been burned. The woman they wanted to burn was Alice Kyteler. The story of Alice Kyteler is as colourful, and gripping, as any Netflix movie or TV series. It’s a story about marriage - four of them - money, mystery and magic. Above all it’s the story of a strong and successful woman who faced down a bishop. And got away with it.
Alice Kyteler was anything but a toothless, old hag in a black cape and pointed hat. She lived in Kyteler’s Inn in Kieran Street and was, by all accounts, an intelligent, ambitious and attractive woman. 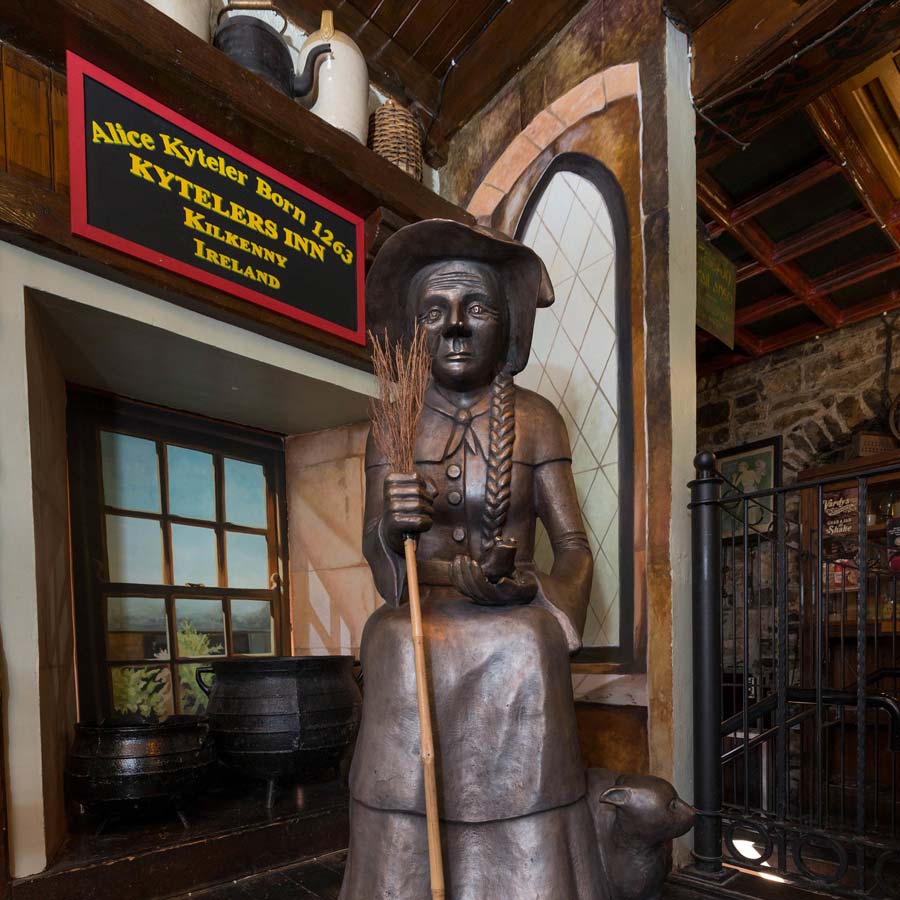 Alice had no problem attracting men, however, she specialised in elderly wealthy widowers. In 1324 she was on husband number four, Sir John le Poer; her previous three elderly, wealthy husbands died in mysterious circumstances, leaving nothing to their children. Alice inherited everything, making her a very wealthy and influential member of Kilkenny society.
In 1324, Alice’s fourth husband, Sir John le Poer, was visited by the children from his first marriage. They were shocked when they saw him. Records tell us that he was ‘reduced to such a state by powders, pills and potions that he was totally emaciated, deprived of his nails and his hair had fallen out’ – classic symptoms, we now know, of arsenic poisoning.
Those children, along with the children of Alice’s previous three husbands, complained to the Bishop of Ossory, Richard de Ledrede, alleging that Alice had killed their fathers. Bishop de Ledrede set about charging Alice with witchcraft.
An inquisition was held ‘in the presence of five knights and nobles in great numbers, charging the accused with ‘sorcery, heresy, incantations and other abominations’.
One of the many charges was as follows: ‘in order to inflict death or disease on the body.....she made powders and ointments containing certain horrible worms, curious herbs and dead men’s nails which she cooked over a fire of oak logs in a vessel made from the skull of a decapitated thief’.
Alice, however, thanks to her wealth and influence turned the table on the bishop and had him imprisoned in Kilkenny Castle for 17 days! This led to a series of court hearings and arguments in the British Parliament and in the Vatican in Rome until the Bishop was released. He pressed ahead with his charges, forcing a confession from Alice’s son, William Outlawe, while Alice was found guilty and sentenced to be burned at the stake.
The game was up for Alice Kyteler. But not quite.
Thanks to her friends in high places she slipped quietly out of Kilkenny, out of the country, and was never heard of again. Frustrated that Alice had slipped the net, Bishop de Ledrede needed a scapegoat; her name was Petronella of Meath, Alice Kyteler’s lady-in-waiting.
It was this young woman who was publicly flogged in the streets of Kilkenny until she confessed to witchcraft. It was this innocent, young woman they burned at the stake in 1324, the first ever burning of a so-called ‘witch’ in Ireland.

Remembering Alan Murphy
Alan Murphy passed away this year. Alan, a talented drummer, was a year behind me in school but we got to know each other reasonably well. We were rekindling our friendship at the Sofa Sessions in Billy Byrne’s, a favourite haunt of Alan’s.
In memory of Alan, the first Sofa Session after lockdown in Billy Byrne’s will be held on Thursday, October 28 and will feature some of Alan’s favourite jazz artists including Ireland’s greatest jazz guitarist Tommy Halferty and internationally renowned bassist and composer Ronan Guilfoyle.
The all-star line up on the night also includes Carole Nelson (piano), Sean Carpio (drums), Scott Flanigan (piano/drums), Greg Felton (piano), Chris Guilfoyle (guitar), Matt Jacobson (drums).
The musicians are giving freely of their time and all proceeds on the night go to charities nominated by Alan’s family. All are welcome to come along and celebrate Alan’s life and his love of music.