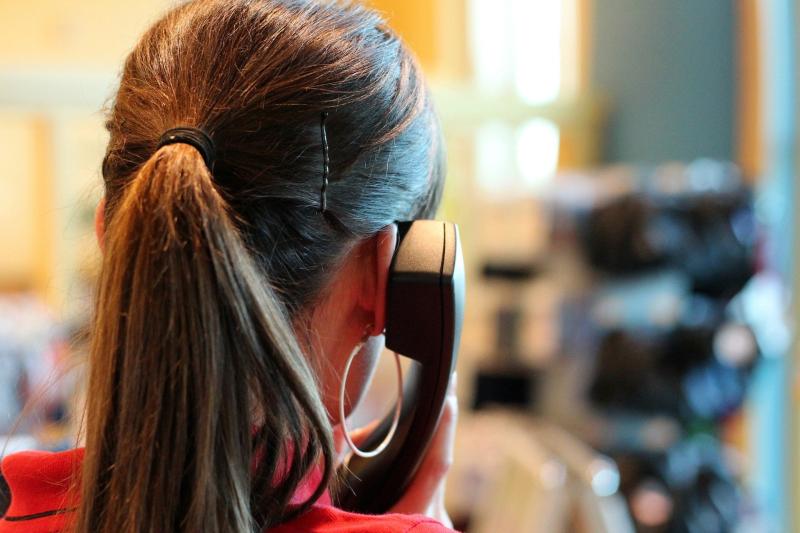 A phantom phone-caller has been terrorising housewives in Kilkenny by making obscene calls, breathing passionately into the receiver or ringing up repeatedly and then hanging up.
At least one woman has been so distraught by the calls that she has had to receive medical attention. Several others have become so upset that they are now extremely reluctant to answer the telephone at any time.
For the hoaxer - or a sick person as many believe him to be - is quite likely to strike at any time.
Three weeks ago a member of the Kilkenny People editorial team answered such a call at 9.10 in the morning. All he could hear was deep breathing.
Last weekend, another member of the People staff answered a similar call around 2.30 in the morning to hear someone breathing deeply into the phone also.
The deep breathing has been the only pattern to emerge. If a man answers there is no talk - just breathing. But if a woman answers she is quite likely to get an earful of obscenities and grossly indecent sexual suggestions.
The problem is not an isolated one. A garda spokesman said the barracks has been inundated with complaints of anonymous telephone calls.
The Gardai said the hoaxer’s voice has also been tape recorded by one of the victims but as yet the voice has not been identified.
However, they confirmed that a number of suspects and certain telephones are now under close observation “and suspects are likely to be called upon within seconds of a hoax call being made”.
The advice of the Gardai: “If you get one of these calls, hang up and ring us immediately. Speed is essential.”
Though anonymous calls have been going on for quite some time - in one case in the Freshford Road area, as far back as two years ago - they have been on the increase in recent months.
On Saturday a family on the Castlecomer Road answered bogus calls from around 9 o’clock. The last call came at two in the morning.
Although some people are receiving more calls than others it is unlikely that the caller has drawn up a certain list to terrorise. It is more likely that he is dialling numbers at random.
The theory is supported by the calls to two victims for both their numbers are, as yet, unlisted and not known to many.
With the co-operation of the public the gardai hope to bring the hoaxer - or perhaps the hoaxers - to justice as early as possible.
AT LAST - MINISTER SAYS YES
Following several years of negotiations, Kilkenny has at last secured primary status for the 12 miles of road from Kilkenny to Ballyhale.
After numerous refusals to declare the 12 mile stretch a main thoroughfare under the new reclassification of roads system, the Minister for Local Government, Mr Robert Molloy, finally consented on Tuesday. This means he reversed his earlier decision and it represents a victory for local pressure groups.
In Rose Hill hotel, following discussion with local authority representatives from the South-East on local government reorganisation, he met a deputation from the Fianna Fail county executive and listened to their case.
What Tuesday’s achievements mean for Kilkenny is that the city will now appear on all maps as a city on a major road. This should mean a significant boost to local tourism, cheaper freighting charged for several industries and many other beneficial side effects.