Please release me - the time I spent Halloween behind bars! 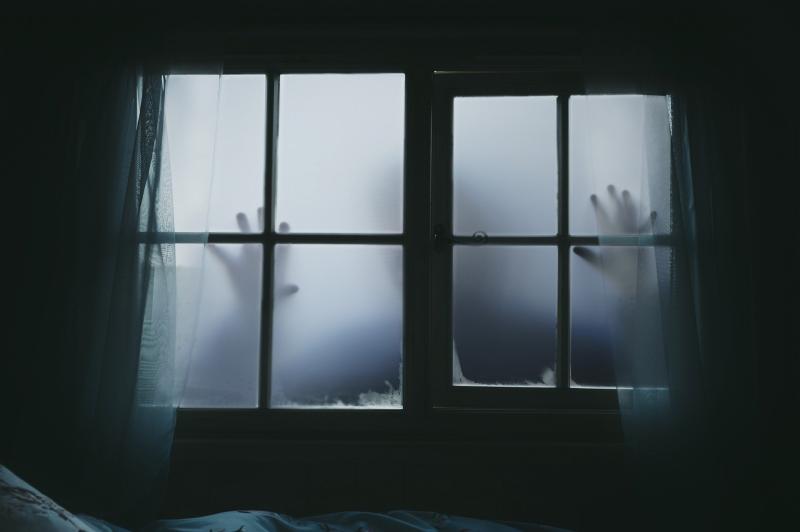 Shrieks, screeches and screams were the currency of the night PICTURE: ELG21/Pixabay

I spent Halloween night, 2006, behind bars! In jail. In a penitentiary to be precise.
Little did I know when boarding a flight for New York that I, my wife and two daughters, would end up in the penitentiary in Philadelphia!
Such, I suppose, are the vagaries and uncertainties of Trans Atlantic travel. Not bad enough that my wife should have some of her cosmetics confiscated (potential bomb materials, you understand, and I always knew perfume could be dangerous) but we end up behind bars into the bargain!
“During the time you spend here, it is important for you to discover not only why you got into trouble but what changes you can make within yourself that will enable you to live a relatively happy and constructive life in the future”.
So read the first paragraph of my ‘Handbook for Inmates’. We hadn’t gotten into trouble, of course. God knows we’re a fairly good-living, decent family. Nor could we blame the authorities for our “plight”. No, sir. We had only our American friends and hosts, namely Jack and Diane, to blame.
Old friends they say are best. And they are. They are also full of surprises. Glad to be away from New York and the mayhem of Manhattan we were looking forward to a relaxing Halloween evening in the home of our hosts in the quaint town of Newtown, a 30-minute drive from Philadelphia.
No such luck.
Instead, thanks to our good friends, we found ourselves outside the Eastern State Penitentiary of Philadelphia, now a daunting world of crumbling cell blocks, for a night of “Terror behind the Walls”.
The most terrifying part of this night of “Terror behind the Walls”, however, was the massive crowd outside the walls, queuing and pushing and jostling to get in to this real prison ranked “Sixth Best Haunted “House” in America. The Eastern State Penitentiary of Philadelphia closed in 1971 after 142 years in operation.
The original seven cell blocks radiated like the spokes of a wheel and it had running water and central heating before the White House. Its vaulted sky-lit cells held many of America’s most notorious criminals the most famous of them being one Al Capone.
The Eastern State Penitentiary of Philadelphia was the world’s first true penitentiary in that it was a prison designed to inspire penitence, or true regret, in the hearts of criminals.
The only regret in my heart this Halloween night is standing in the heaving queue of teenagers lining the pavements many appropriately attired and masked for this ‘other world’ experience. Brash and boisterous I didn’t feel one bit comfortable amid this mass of hyped-up, hormonal sea of bodies.
Luckily for us Jack spotted a friend who slipped us some VIP passes for which I was eternally grateful as I couldn’t have hacked hanging about in that seething, teeming sea of teenagers. Equally terrifying, however, was actually skipping the queue (thanks to our VIP passes) Were they hisses I heard as we scampered along trying not to look obvious. OBVIOUS! There’s a queue a mile long and here’s my wife, two daughters, two friends and myself, skipping blithely (I don‘t think) by everyone. Oh boy!
And then the fun and games started in the Eastern State Penitentiary of Philadelphia. From every nook and cranny of this maze-like, menacing prison we were accosted by ‘prison wardens’ and ‘inmates’. When we weren’t being accosted and abused we were ‘set upon’ and startled by ghoul-like, ghastly creatures.
The entombing darkness and knowing that we were trudging through real-life, prison corridors and cells made the experience all the more authentic and eerie. The 3D glasses made our moments in the morgue all the more gruesome while our tiny, hand-held torches merely pin-pointed our presence for more ghoulish assaults and heart-stopping, sudden apparitions.
Shrieks, screeches and screams were the currency of the night – mostly from me who led our cowering, hunched-up, bunch of six into each chilly corridor and cob-webbed cell, and paid the price i.e. a near coronary around every corner.
Believe me, the bright lights of Philadelphia were a welcome release after our Halloween “Night of Terror” behind bars.