Kilkenny City to be South-East's most important equestrian centre 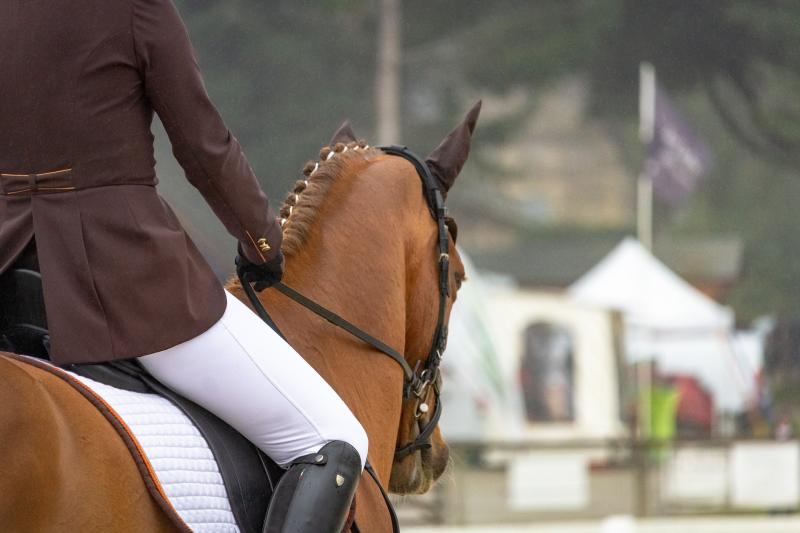 Plans to make Kilkenny the most important equestrian centre outside Dublin were nearing completion 50 years ago this week PICTURE: julien Roudier/Pixabay

Plans to make Kilkenny the most important equestrian centre outside Dublin are almost finalised. The scheme involves the building of a huge indoor horse jumping arena.
The initial shell of the building will be erected at a cost of around £20,000. But with refinements, additions and improved spectator accommodation over the years, the total building costs will be substantially more.
It was learned by the People this week that plans have already been drawn up and tenders are now being sought.
At the annual meeting of the Regional Show and Gymkhana Association in Kilkenny this week over 100 show and gymkhana committee members from Kilkenny, Carlow, Laois and Offaly enthusiastically supported the proposal which was first mentioned some years ago by Mr Michael Gibbons, chairman of the Kilkenny Agricultural Society.
The meeting was told by Association secretary, Mr Leslie Rothwell, that he had a phone call from Mr Gibbons saying that the financial problems of the arena had been ironed out and the erection of the centre at last appeared a reality.
“There is no doubt about it,” Mr Rothwell later told a People reporter. “The arena is going to be built and I would confidently expect to see it in existence within a year.”
The arena will be built in St James’s Park, which is owned by the Kilkenny Agricultural Society.
The proposed equestrian centre would have far reaching benefits not only for Kilkenny but for horse breeders in the entire South-East.
For Kilkenny it would mean being spotlighted as the most important equestrian centre in the provinces.
There is little doubt that prestige horse shows would be held here with international competitions taking part. For breeders it would mean that horses could be properly schooled and trained and would naturally fetch far higher prices on the international market.
With schooling facilities at the proposed arena a horse’s full potential could be developed before sale.
As well, a corps of top class riders could be created in Kilkenny.
PRICE WAR BY ANGRY LADIES
A massive campaign against constant rising prices will be mounted shortly by all women’s clubs and organisations throughout the country.
This was announced by Mrs Browne, chairman of the Irish Housewives Association in Kilkenny this week.
Mrs Browne, who spoke on ‘methods of counteracting the rising cost of living’ said that between 1960 and 1970 the cost of living had risen by 61%.
“In fact,” she said, “in the last three months the cost of living has gone up by 8%.”
The ‘war on prices’ campaign will be headed by the IHA and methods suggested included a ‘no luxuriors’ week, methods of saving on electricity and gas bills or a special ‘buses week’ campaign.
Prices, she said, were very difficult to control because labour costs and imports had to be considered. One method, she suggested of controlling prices and preventing people from living beyond their means because of hire purchase terms, was to budget.
NEW HURLING SERIES
The Bishop of Ossory, Most Rev Dr Birch and Kilkenny hurler Eddie Byrne have presented trophies for the under-16 seven a side tournament being sponsored by the Juvenile Hurling Development Committee. The competitions are being staged in Kilkenny, Waterford, Wexford and Dublin. The winners in each county will play off for a trip to Wembley for the annual hurling and football games.
The Kilkenny series will be played in Thomastown.