Sometimes it's the small changes that make the biggest difference

Day in the Life of Ebony Masuku (Photos by Vicky Comerford) 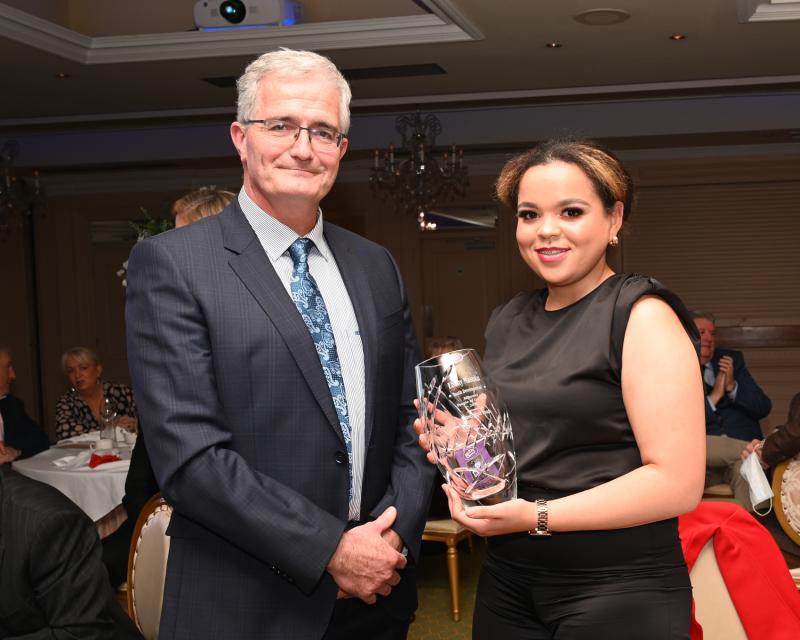 We could learn a thing or two from Kilkenny People of the Year Youth Award winner - Ebony Masuku. She is an inspiring young lady, who has challenges in her own life, but her aura oozes positivity.

We were lucky that Ebony was able to attend the Kilkenny People of the Year awards to receive her award last November. Her family waited all day for her neurologist to confirm that it was safe to release her from hospital for the event. She made it and there wasn’t a dry eye in the room that night when people heard about her strength and kindness. 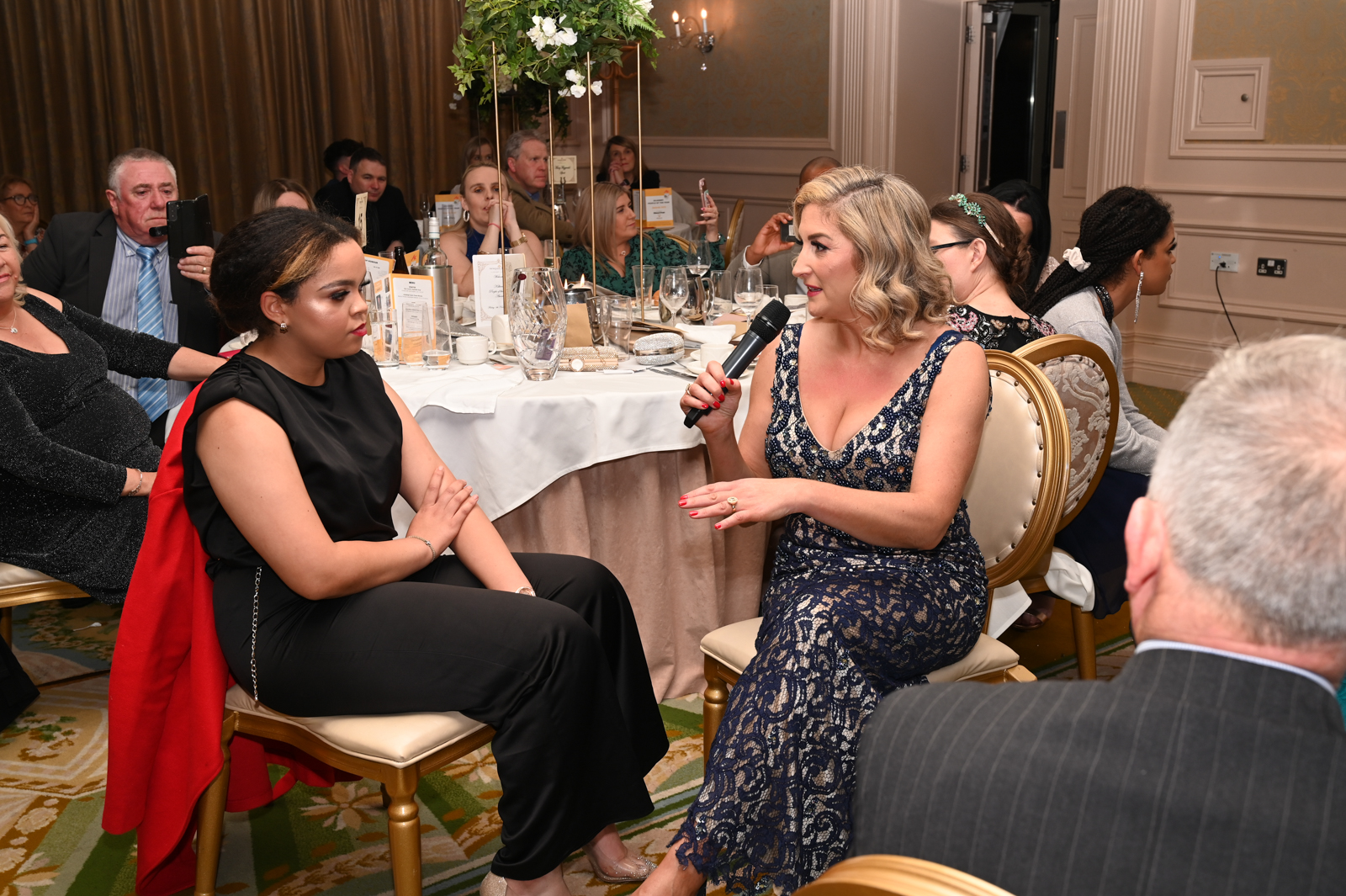 at the Kilkenny People of the Year Awards 2021

They say volunteerism gives the volunteer a lot back in return. If you want any proof that there are good people out there, read on.

From a young age, Ebony has been immersed in her local community Newpark Close, whether it was through dance or attending youth clubs. Her first main role in her community began at the age of eight in 2012, when she joined the Newpark Close junior litter warden group which was established by Frank Coady and the late Nora Webster. 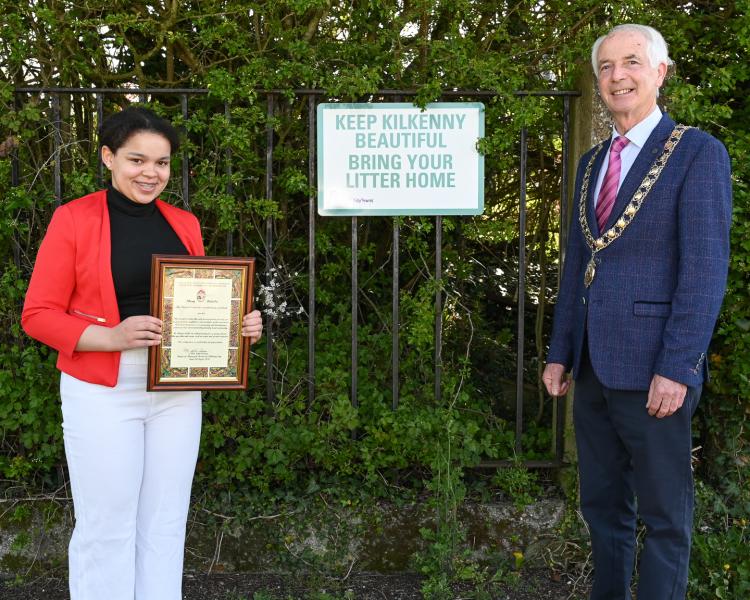 The teen went on to develop the Group herself after the passing of its founder Nora Webster.

Ebony is also Duty Head Girl in Loreto Secondary School and is currently self-teaching the leaving cert, with the aspirations of becoming a doctor someday.

Throughout the pandemic Ebony has helped many people, be it teenagers with their mental health through her radio programme or calling to see the elderly. She can teach us all a thing or two about reaching your hand out and touching the hearts of others…

Ebony, why did you decide to restart the Newpark Close junior litter warden group?

The group eventually dissolved as the members got older.  Being part of the junior litter warden group equipped me with many essential skills for life such as leadership and responsibility skills. These skills came into play after the devastating passing of Nora Webster earlier this year in February. I decided to restart the junior litter warden group to continue the work and honour Nora.

I reached out and got the backing of former Mayor John Coonan, Bernadette Maloney of Kilkenny County Council and Sheila Donnelly, Manager of Newpark Close Family Resource Centre.

I stated “Covid times are hard but something as little as kids' social distance picking up rubbish together can avoid the isolation felt by many as we feel the strain of covid-19”.  I was commended for her work in promoting environmentalism and social inclusion in her community.

What made you reach out to your peers during the lockdowns?

I decided to go on to the local radio KCLR (Kilkenny Carlow local radio). The interview had a great response from the local community, and I was asked to come back a couple of weeks later for an update interview once I had returned to school.

During the Summer, I learned behind the scenes of the radio. From there it was decided that I would be given a regular interval in which I could film an interview of my choice.

Every second Friday I continue to raise awareness about topics I feel are important as teenagers.

Your community work did not stop there?

After focusing a lot on young people, I decided it was also important to focus on elderly, sick and those with disabilities. I chose an area of houses for vulnerable people and decided to seek donations from shops to create hampers for these people. I received a vast array of donations.

I witnessed them close to tears filled with gratitude because of a simple token. I think reactions like this highlight to me just how important volunteerism is.

I also worked in a pharmacy for the past two years on a Saturday. This work allowed me to get to know more people in my community.

Unfortunately, you got sick yourself last year just before Christmas and it was clear things would have to change.

Yes, that’s correct and currently I am still without a diagnosis and not allowed back in school. So, I am currently trying to self-teach for my leaving cert, with great support from the Loreto Secondary School.

I’m fainting a lot; for now they are calling them seizures. I am losing consciousness and then sometimes I'm not losing consciousness. It’s scary stuff, because it came out of nowhere, it just happened one day when I was in class. I had to acknowledge that my illness is out of my control and to try to focus on the positives.

This reminded me of how easy it is for us to dwell on the negatives in our lives and about ourselves. During the Christmas holidays and with January in sight, I began to think of how I could make a difference from the confines of my bed. 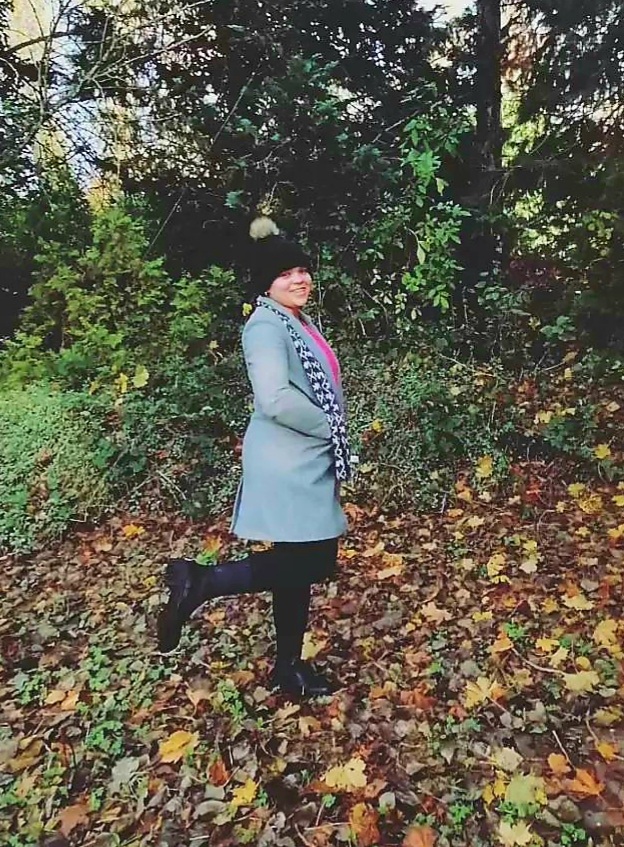 Is that why you decided to do something extraordinary on Blue Monday?

I came across the term Blue Monday, the third Monday of the year. The third week in January is said to be the most depressing time of the year. With that in mind I created a video to try to promote a bit of positivity during this time.

In the video I got people to say one thing they like about themselves. I then compiled all the videos together. The video contained people from all different walks of life including the current Mayor of Kilkenny - Andrew McGuiness.

The video was shared across numerous platforms, and we received very positive feedback. I had a couple of people get in contact with me, explaining how this video helped them. That is my aim with these things, if they can help at least one person that’s one less person feeling lost.

Some of the young girls in the video said they like their smile. There’s a powerful message in that.

You know, it's easy for us to look in the mirror and straightway pick out what's not nice, but I think it's nice that we can change the narrative and focus on the good things we have to offer.

What would you like to take and keep from the time of the pandemic?

Probably just how grateful I was for everything. I think the pandemic helped us all to realize not to focus so much on materialistic things and stuff, but more on family and friends and to make the memories, by living in the moment.

What memories did you make?

The pandemic was such a big time for me to grow as an individual. I think if you'd asked me this time last year to do an interview, I would have said ‘no way’. 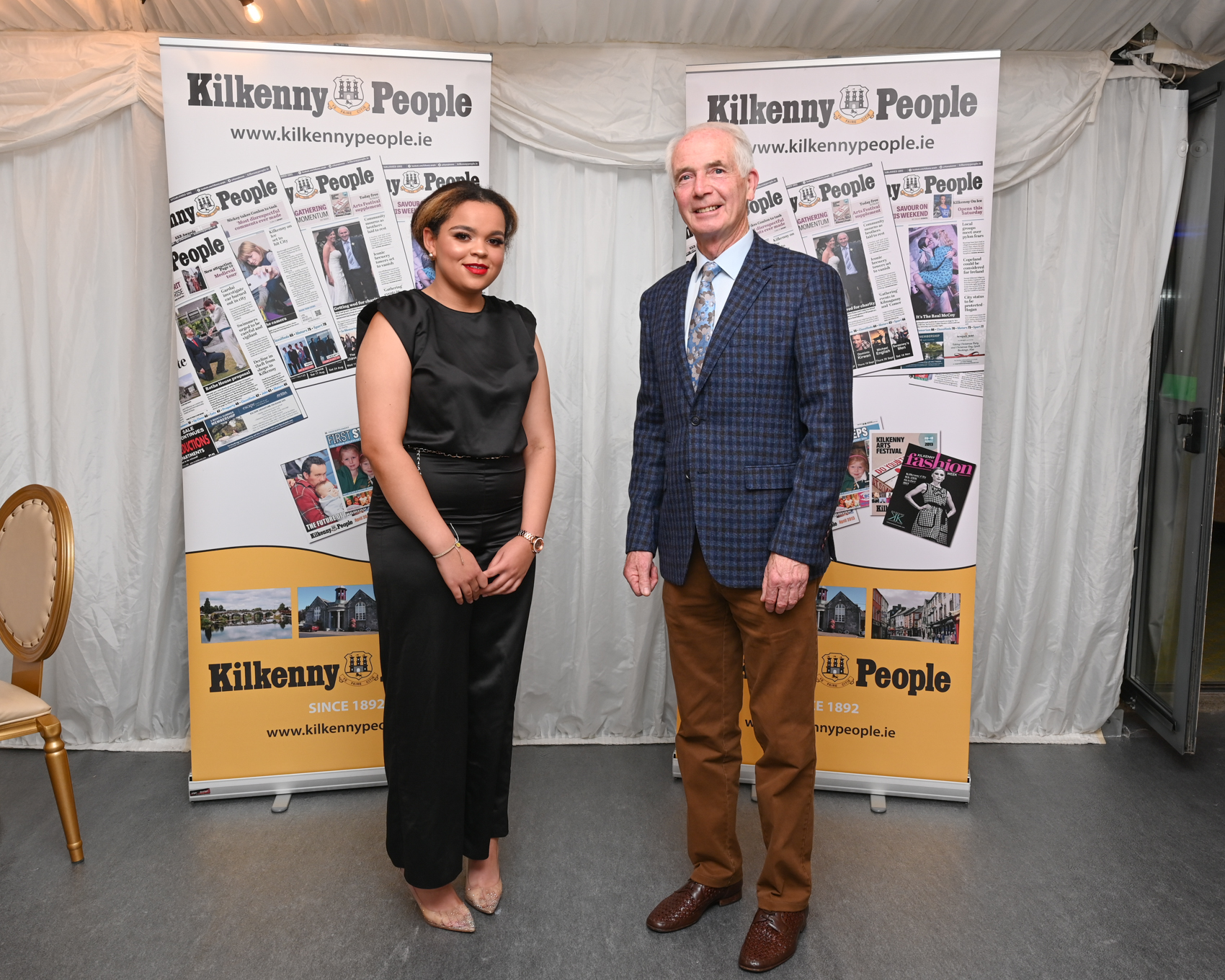 How did you feel about winning the Kilkenny People Youth Awards last November?

I was just completely overwhelmed. I didn’t even think I would be able to attend the event. I got the go ahead to leave the hospital half an hour before my make-up appointment!

We found out who nominated me, it was former Mayor John Coonan and his wife, for my work in starting up the Junior Litter Working Group. They have been so caring and supportive with everything I've done, and I'm just beyond grateful to have them in my life.

The award highlighted the importance of volunteering. It feels an emptiness within people. I suppose like the reactions I received when giving out the hampers to the elderly, some people were close to tears just to see and talk to someone. It was just a small token from one side and to see the impact it had on people; I can't even explain how happy that makes me feel.

You don't have to give a talk in the United Nations or protest outside the President's house to make a difference. You just need to make the little changes, because sometimes it's the small changes that make the biggest difference. 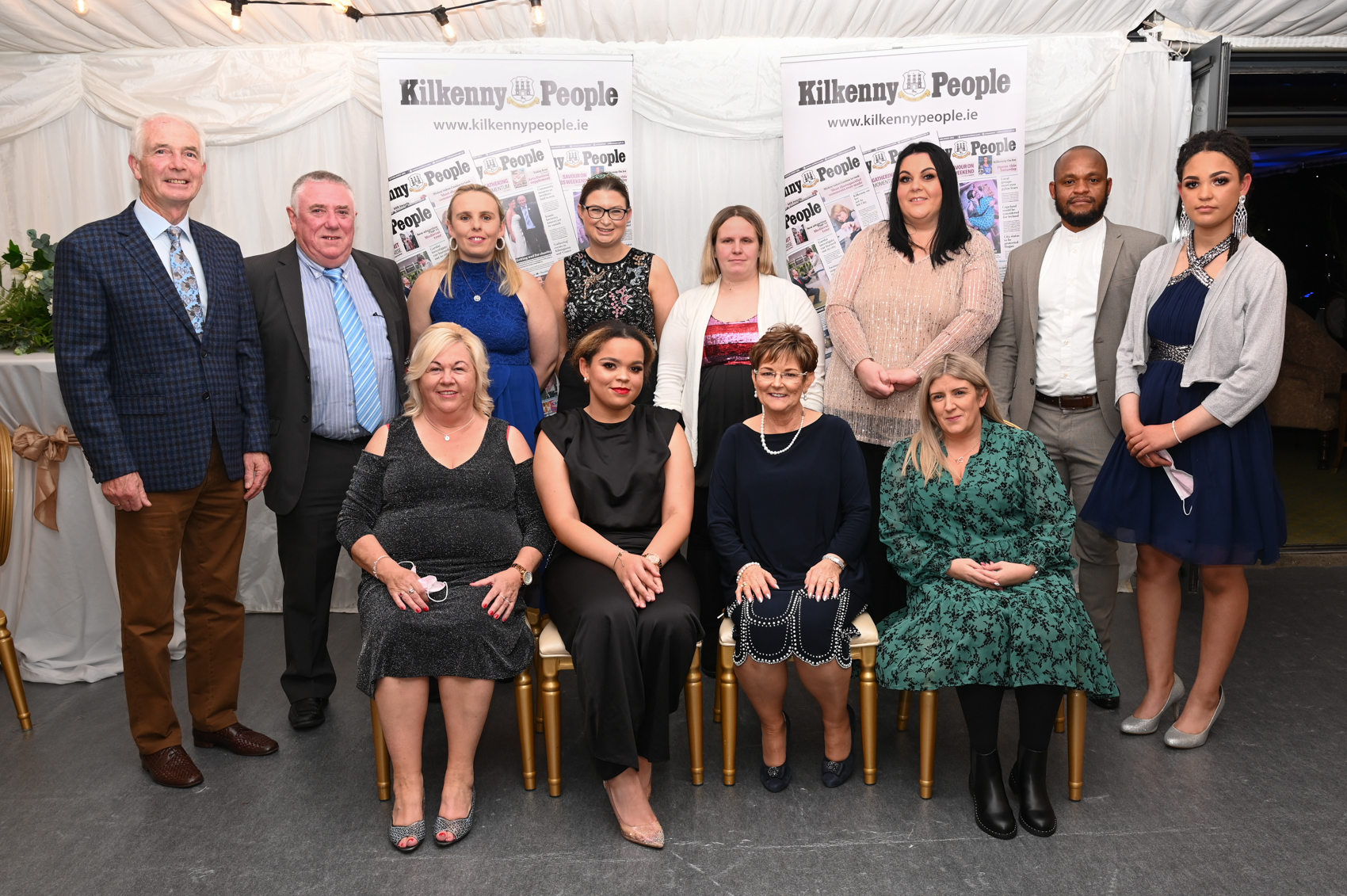