in Day in a Life of Cathy Kelly 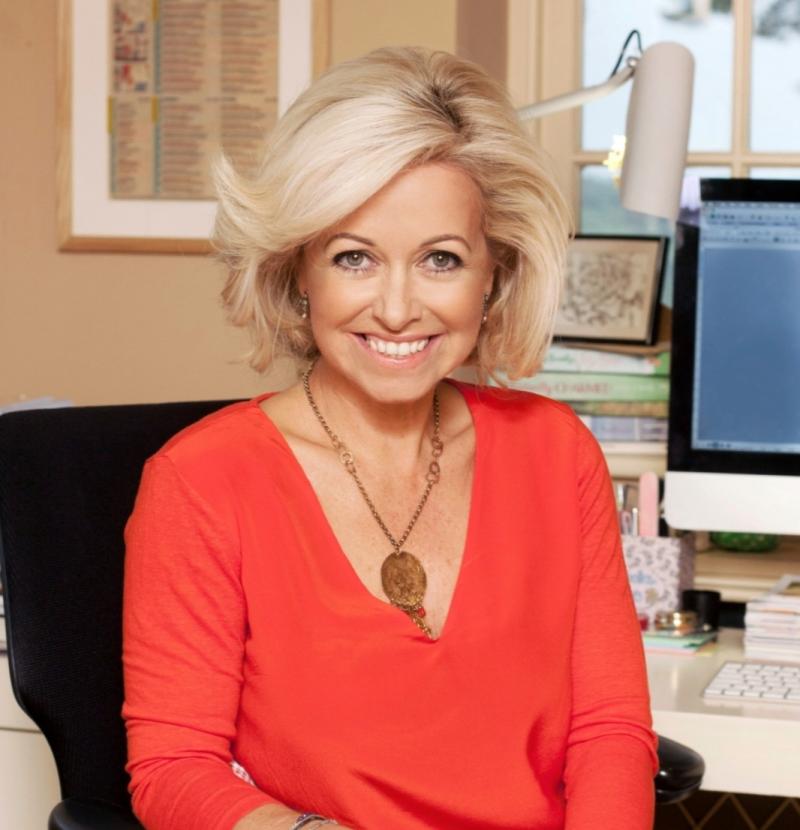 Day in the Life of Author Cathy Kelly

Cathy Kelly is an Irish former journalist and writer of women's fiction since 1997. Since then, she has published around the world, with millions of books in print. She is a No. 1 bestseller in the UK, Ireland, and Australia, and I had the pleasure of interviewing her after reading her latest novel during my summer break.

Cathy is the bestselling author of Between Sisters, Secret of a Happy Marriage, and The Year That Changed Everything. Her trademark is warm and witty Irish storytelling about modern life, always with an uplifting message, a sense of community and strong female characters at the heart.

She lives with her family and their three dogs in County Wicklow. She is also an Ambassador for UNICEF Ireland, raising funds and awareness for children orphaned by or living with HIV/AIDS.

Cathy has just brought out her 22nd novel - The Wedding Party. In this book, the No. 1 Sunday Times bestselling author brings us a heart-warming and refreshingly relatable new story about sisterhood, love, and friendship – and the secrets we keep hidden from those closest to us. It was a great holiday read that I couldn’t put down. 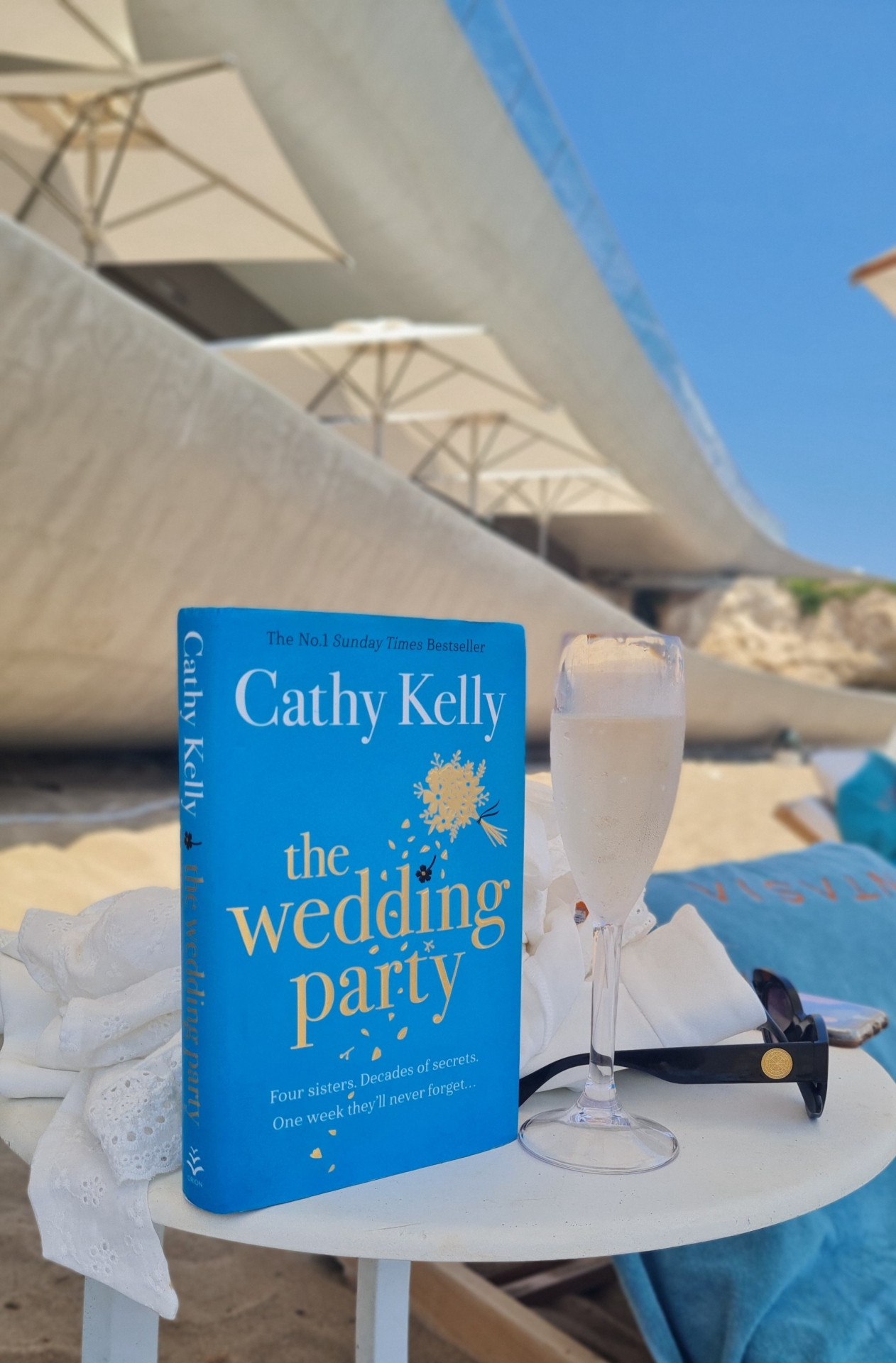 The Wedding Party by Cathy Kelly

Here is a glimpse into the life of Cathy Kelly…

Cathy, I absolutely loved the book. You have been publishing for 25 years, so how long does it take to write a masterpiece like The Wedding Party?

I never call anything I write a masterpiece, but you are so sweet.

It varies, I’ve always been on the track of writing a book a year. Sometimes it can take nearly 18 months, and of course in typical journalist fashion, I could take it right up to the line. I am such a journalist, frantically writing up until the night before. We live on a deadline!

So, to answer your question, it takes the best part of a year, but the maximum amount of that is thinking about it, writing down ideas and I will then write a bit.

For example, I was walking the dogs this morning and a thought came to me and I was like, ‘that’s brilliant’, but I didn’t have a piece of paper to write it down. You would think at 55 years of age, I would know better!

Your character Rory in The Wedding Party is a writer, just like yourself. Her story revolves around her writing her first book and pretending it wasn’t drawn from her own personal experience, but from fiction.

Do you draw a lot from your personal life when you write?

It’s a very good question. My character Rory is a copywriter, and she wants to write her first book, but she is very drawn to writing about her past, which a lot of people do for their first novel. First novels tend to be quite autobiographical.

So, I knew this and as a writer with my first novel, I was very determined not to do it. Obviously, there’s a huge part of you as a person in your book, for example the way you think, but not necessarily experiences that have happened to you.

By the time I had written my 22nd book, I don’t draw on real people and there’s no definite bit where I think, ‘oh this is me’, because I think it would become quite boring if the writer constantly rehashed their stuff.

I come up with characters, I will have an idea for a plot surrounding them and they just grow.

You are very witty in your writing, and I had a few laugh out loud moments! One of my favourite lines was ‘His ego is so big, that it needs its own planning permission’ and ‘Politics is show business for ugly people’!

I didn’t come up with the politicians one, somebody else said that and I totally stole it! It’s funny, but cruel too.

Did you offend any politicians?

Not at all. I have no idea why anyone would become a politician because they get absolute hell. I know some politicians and the hell that they take, especially women in politics. The online abuse is staggering. You need to be tough to let that stuff bounce off you, but it’s gone beyond that now, it has moved into that very vicious area of social media.

It's good that we now have stalking legislation, but we don’t have any organisation that looks after victims of stalking which is the problem.

The political character Eden in your latest book, doesn’t have children. Realistically, for years, rearing a family has been one of the stumbling blocks for women entering politics. Is that the message you wanted to portray?

It sort of just happened and it worked with the story that we can’t give away too much of!

The notion of women making the choice to not have children is a big thing. It’s perfectly legitimate to make a choice and Eden had made the choice not to have children and that’s a valid choice.

I think women are judged a lot on their choices – how they look, how they behave and to how they work or to stay at home with kids, which is very hard work.  I wanted to say; yes, she doesn’t have children and that’s a hard thing for people to say in politics because people are constantly asking ‘when are you going to have children?’ and thinking that you can’t be a proper person if you don’t.

Putting it simply, my message to women every day is that ‘we are wonderful’.

You are an Ambassador of UNICEF Ireland, raising awareness for children in need. How involved are you in helping them?

When I was in my twenties, I did an interview with the Red Cross, and I remember thinking I would love to work with them as I have always been very drawn to that sort of work. So, I love working with UNICEF.

My role primarily is to spread the UNICEF message and to do that you have to go and visit places in need around the world. There haven’t been too many trips since the pandemic but hopefully there will be in the New Year and I will come home and talk about it. We need to be very aware about what is happening in the world around us.