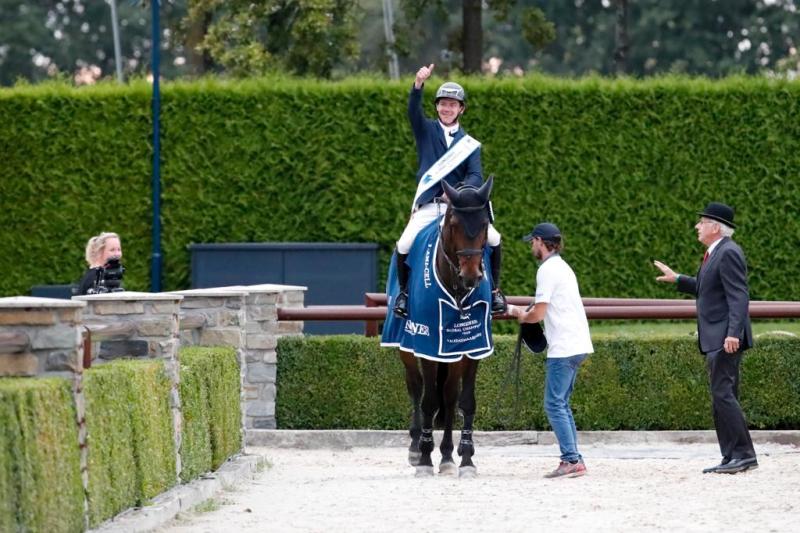 Mikey Pender might come from Castledermot, Co. Kildare, but Kilkenny claims him as one of our own.

The 22-year-old rides for Hughes Horse Stud (HHS) in Cuffesgrange, Co. Kilkenny and what a season they have had.

After his successful pony career, Mikey started working with Marion Hughes and Miguel Bravo of Hughes Horse Stud, where he has remained since.

Mikey is our new Master Champion, winning an array of firsts at this year’s Dublin Horse Show. 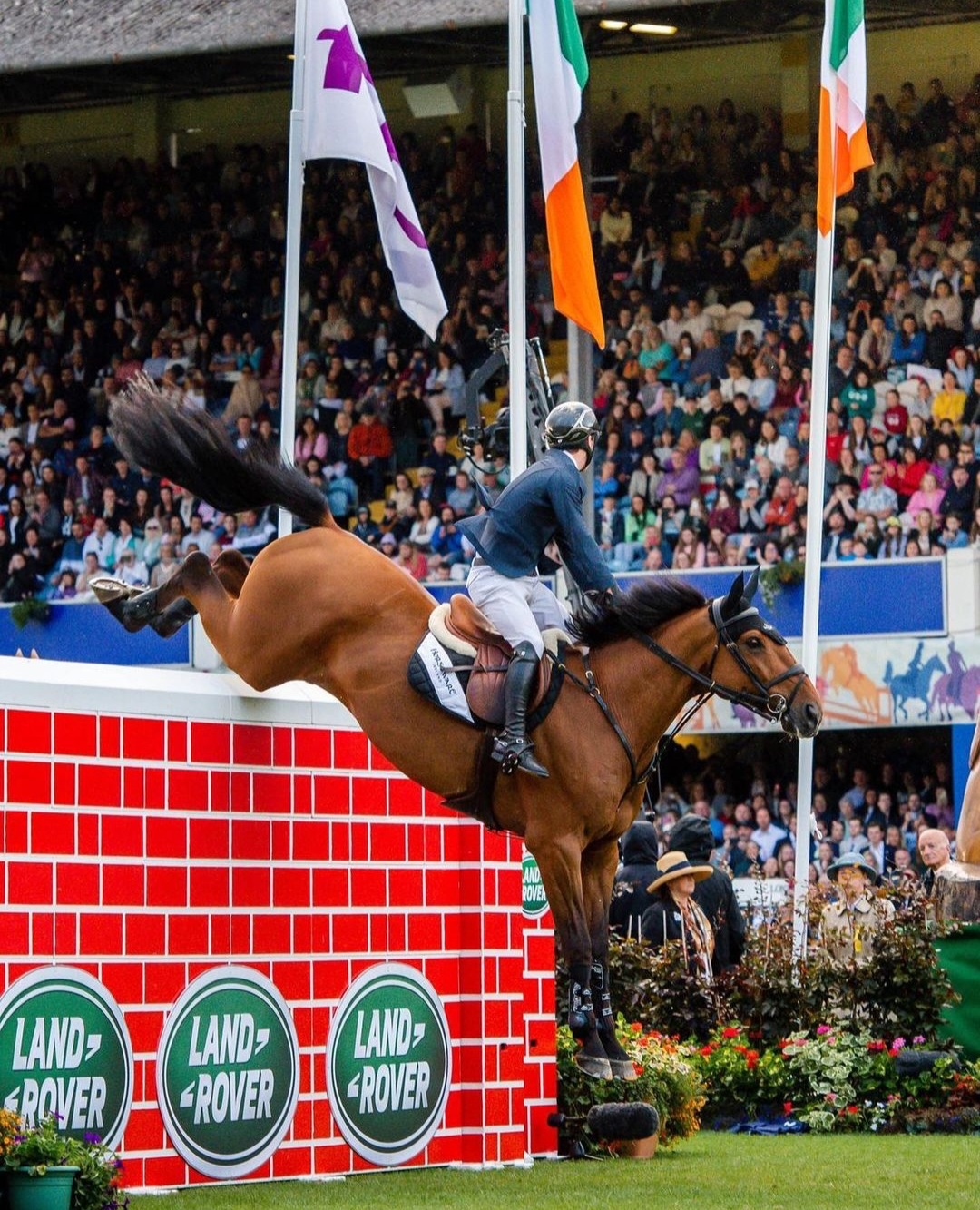 Then he headed straight to The Netherlands where he won his first Five Star Longines Global Champion Tour Grand Prix in Valkenswaard, riding HHS Calais.

This gives young Pender the golden ticket to Prague’s Super Grand Prix and ranks him in the top 50 riders in the world.

I met up with Mikey at the Irish Breeders Classic and here is what the young man had to say about his success to date. 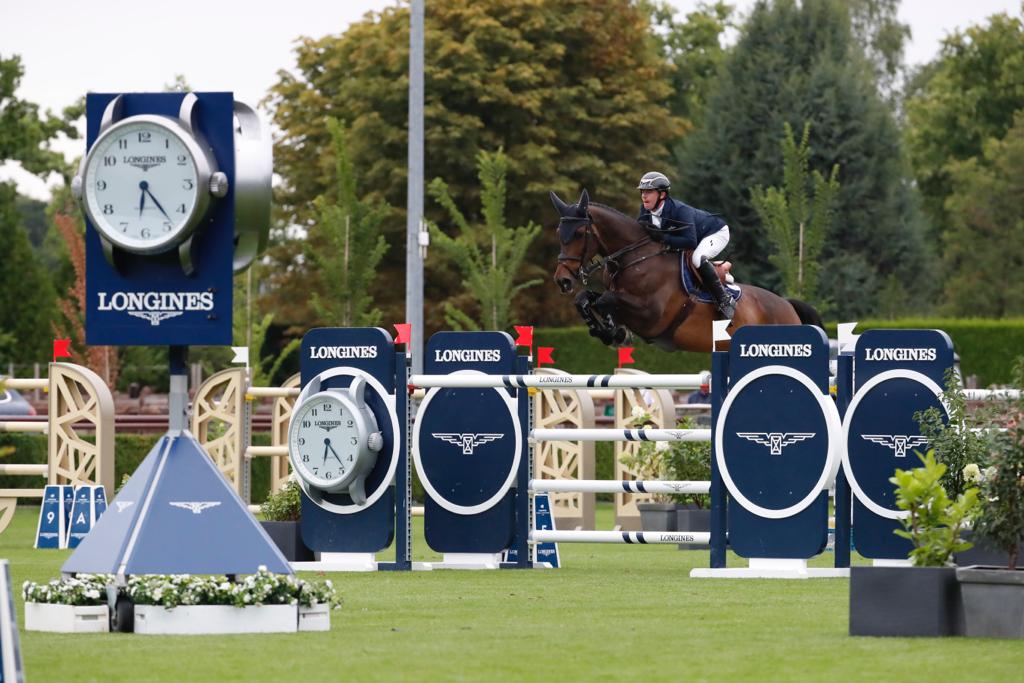 Mikey you must be still on cloud nine after your return from the Netherlands?

"I am feeling brilliant, the horses have been in such fantastic form, and I am very lucky to be riding such brilliant horses.

"Hopefully we’ll have a good day here at the Irish Breeders Classic."

You said when you won in the Netherlands, ‘Its what dreams are made of’. Did you ever dream as a kid that you would rank in the top 50 in the world at the age of 22?

"For it to actually happen, to win a Five Star Grand Prix is something dreams are made of.

"I was close a few times but to actually win it is something I always wanted to do, and I am looking forward to Prague now." 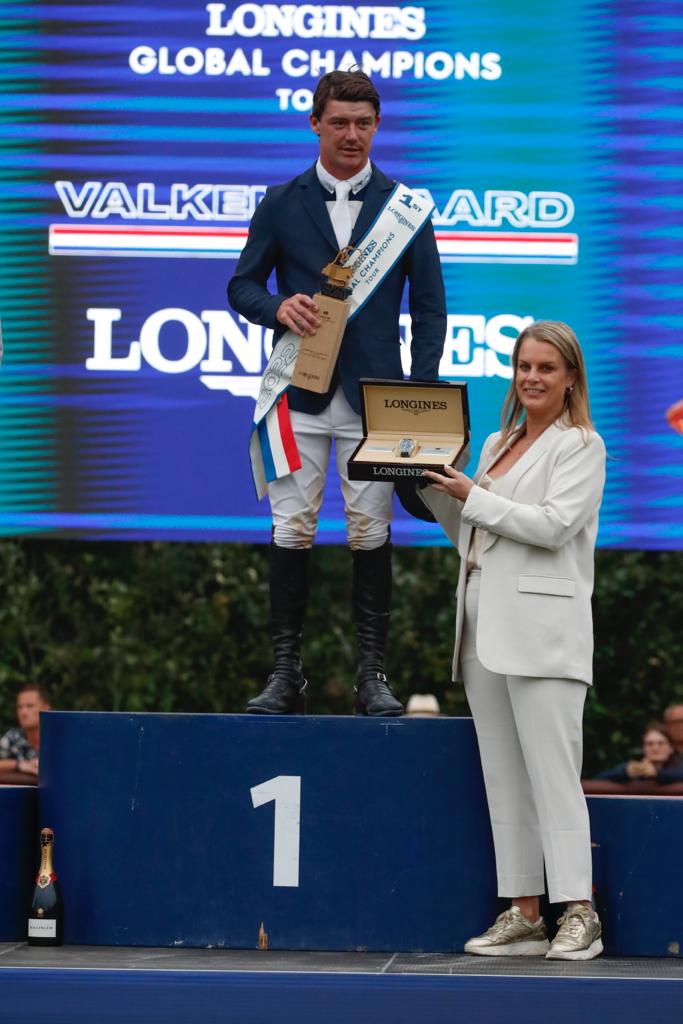 Marion and Miguel obviously recognised a good rider when they saw you. How many years have you been with HHS in Cuffesgrange, Co. Kilkenny?

"I’ve been with them for six years and it's fantastic, especially with HHS Calais.

"I rode him since he was a five-year-old and then for him to win his first Five Star Grand Prix is something very special." 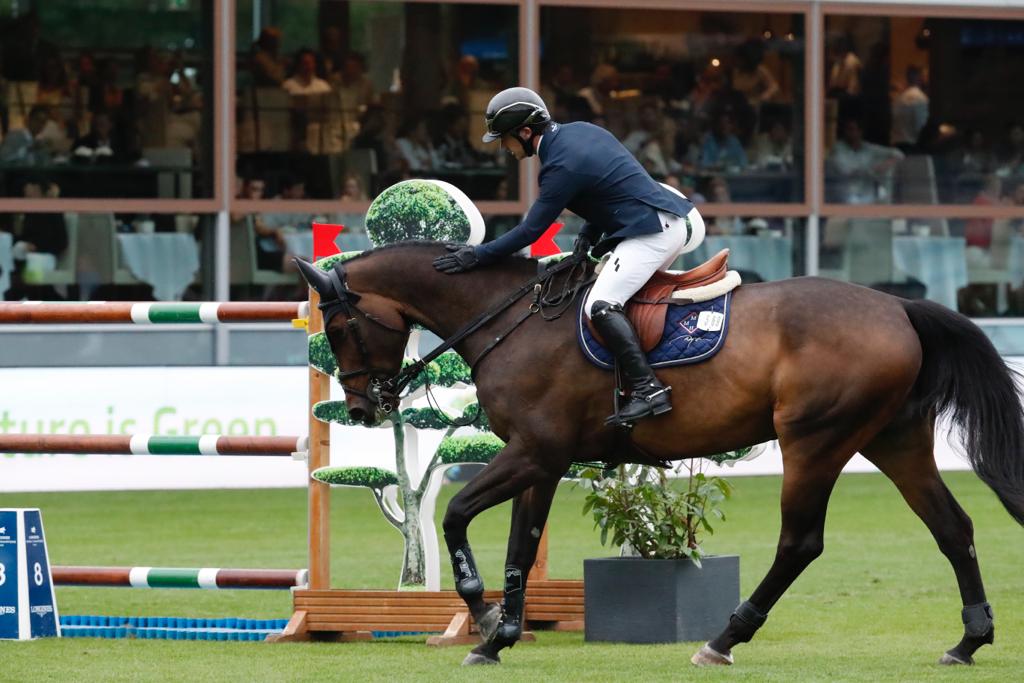 Training with an ex-Olympian showjumper like Marion Hughes must be special too?

Winning on your mother Annemarie Pender’s 4 YO Final at the Irish Breeders Classic on Saturday must have been some thrill? "Definitely, it’s a horse that we bred at home, and we think a lot of Madgeslane Luidan.

"It bred quite a lot this year, maybe about 14 or 15 mares, so he looks an exciting horse for the future."

Every young rider wants to be the next Mikey Pender. What piece of advice do you have for them?

Working hard certainly did pay off for Mikey Pender and earlier this month the Hughes Bravo family threw their young hero a welcome home party as he returned from the Netherlands.

A close family friend, the Minister of State at the Department of Agriculture Martin Heydon TD, who was also in attendance, had this to say about Mikey’s wonderful achievements.

“The Penders are long-time family friends, and we are so proud in South Kildare of Mikey Pender’s achievements as a young, accomplished rider in the years up to this," he said.

"What he has achieved at the Dublin Horse Show and more recently in The Netherlands is incredible.”

“To be here in Kilkenny at Hughes Farm, it's so wonderful to see so many people employed in this sector, you just realise the value of the equine industry to rural Ireland and to rural communities the length and breadth of the country.”

You can watch interviews with Mikey Pender, his mother Annemarie Pender and Minister of Agriculture Martin Heydon TD on KilkennyLive.ie.