Leading Irish Chefs, influencers and Manor Farm collaborate to raise €20K by the 20th of May for Feed the Heroes 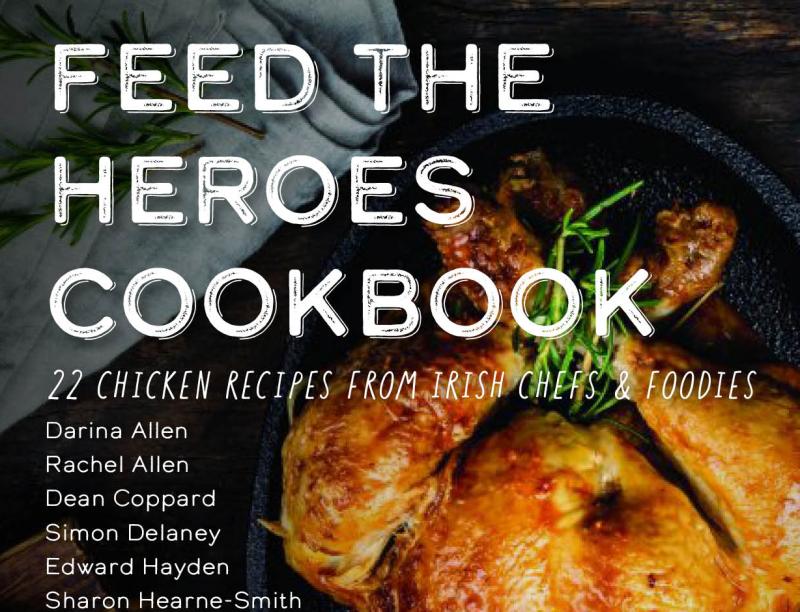 Kilkenny chef Edward Hayden is one of a host of celebrity chefs who have contributed to a new chicken cookbook that has been launched by Manor Farm to raise funds for the Feed the Heroes initiative.

A collective of Irish chefs and food influencers have collaborated on this project to create a recipe book filled with their go-to chicken recipes. The downloadable book is available on the Manor Farm and all funds will go towards Feed the Heroes.

From roast chicken to chicken noodle soup, there's a recipe for every taste and every skill level!

The good news is - this is a digital cookbook so you don't even need to leave home to get it!

All you have to do is go to the Feed the Heroes page on the Manor Farm website, follow instructions to make a donation then send a screenshot to the email address given and you'll receive an email in return with your downloadable cookbook!

All donations from the recipe book will go towards Feed the Heroes, in support of the invaluable work they are doing to support medical workers during Covid-19.

Manor Farm aims to raise €20K by the 20th of May for the organisation as the next phase of quarantine is introduced this month.

Feed the Heroes is an initiative which aims to provide food for those working on the frontline during the Covid-19 pandemic. Manor Farm collaborated with their brand ambassador, Adrian Martin, on gathering a collective of food enthusiasts to create a recipe book filled with delicious chicken recipes. The recipe book has 22 chicken recipes which can be easily made at home during the quarantine period.

Chefs and food influencers provided Manor Farm with their go-to chicken recipes that they enjoy making at home. Contributors include a range of chefs, influencers and foodies, and restaurateur Adrian Martin has also included his favourite chicken recipe. Adrian is an enthusiastic Irish chef who has worked with Manor Farm to expand consumer horizons on the versatility of chicken. Earlier this year, he opened his first restaurant, Wildflower, in London.

Contributors to the cookbook include:

Manor Farm is one of the oldest companies in Ireland and dates back to 1775. Manor Farm sources and processes approximately 50pc of all fresh chicken sold in the Irish retail market. Manor Farm is a certified member of Bord Bia and as such, adheres to all standards laid down by the Bord Bia Quality Assurance Scheme.