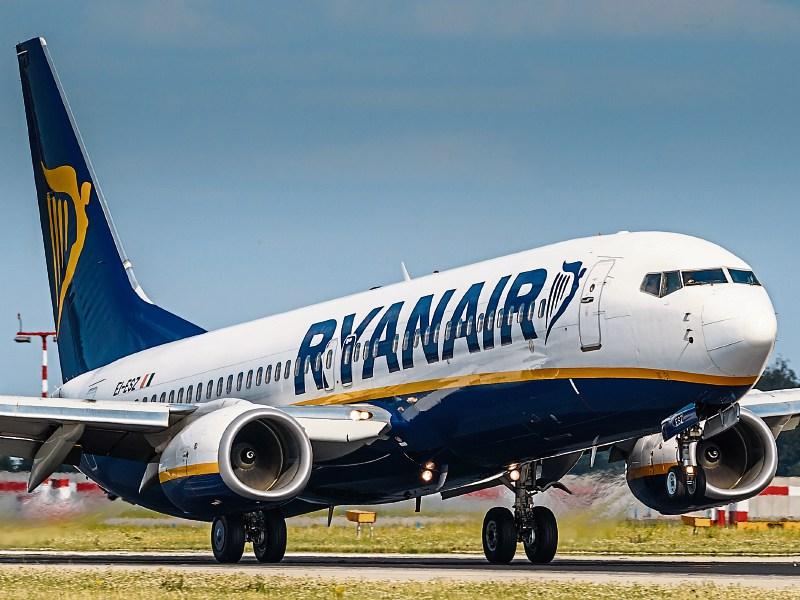 RYANAIR has announced it’s to cut its schedules between Ireland and the UK during August and September by up to 1,000 flights, with the loss of over 200,000 passengers.

“Last week when the UK and Northern Ireland removed travel restrictions on short haul flights to and rom the European Union, Ireland became the only country in the EU with a blanket 14 day quarantine restriction on all arrivals from EU countries, most of which have lower Covid case rates than Ireland,” said a spokesperson for the airline.

While the Government has indicated that a so called, Green List, is to be published in the coming days, public health officials have indicated that visitors from most countries will still be required to self-isolate.

Ryanair says this makes no sense will have a major impact on tourism.

“When Governments all over Europe have opened up EU flights since June 1 and removed travel restrictions on intra-EU travel, that the Irish Government continues to treat countries like Germany, Denmark and Greece as if they were suffering similar levels of Covid as the USA, Brazil and India. Irish citizens are being advised by their Government that they should not travel to and from EU countries yet citizens of Northern Ireland can travel freely to and from the EU – via Dublin Airport – without any quarantine restrictions whatsoever,” said the spokesperson.

“Air travel between Ireland and the UK is being badly damaged by this ineffective 14 day quarantine. Ryanair will significantly reduce its flights between Ireland and the UK in August and September, to reflect this suppressed demand. This means 100,000 fewer visitors from the UK travelling to regional airports in Cork, Shannon, Knock and Kerry during the peak months of the tourism season,” they added.

The airline is calling on the Government to remove all travel restrictions between Ireland and the EU as a matter of urgency, so that hotels, guest houses, restaurants and other tourism providers can recover their business and minimise job losses.

“If Micheál Martin does not quarantine for 14 days after visiting Brussels this week, then why should any other Irish or EU citizen be treated differently,” said the spokesperson.

Specific details of the services which will be cut in the coming weeks have yet to be confirmed.