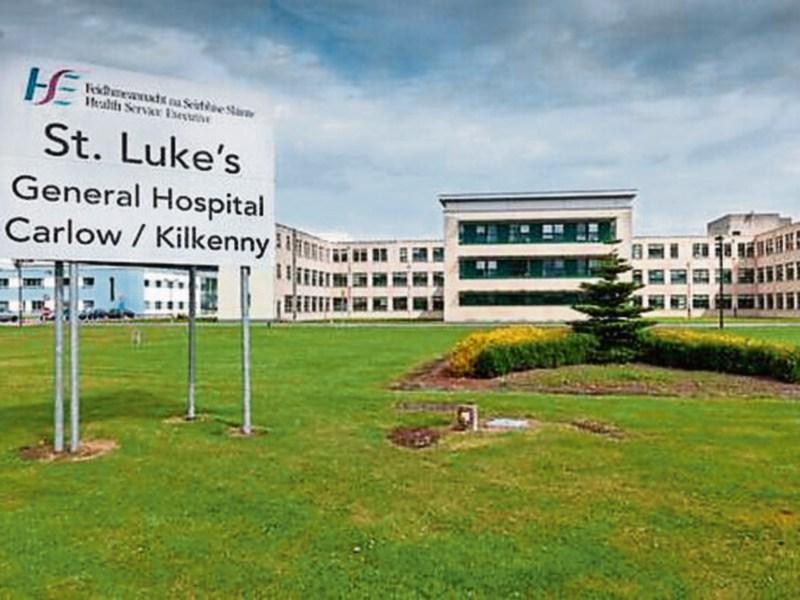 The Supreme Court has agreed to hear the HSE's appeal against a decision allowing consultant gynaecologist Professor Ray O'Sullivan to return to work following a lengthy suspension over allegations of misconduct.

Last March the Court of Appeal (CoA) ruled that Prof O'Sullivan was entitled to return to his job that he was suspended from on foot of the complaints against him in 2019.
It is alleged he carried out unauthorised and unapproved actions and procedures on five female patients in September 2018.

He denies the claims.

The CoA, however, upheld the High Court's finding that the HSE was entitled to recommend that Professor O'Sullivan be dismissed from his job at St Luke's Hospital in Kilkenny.
The HSE asked the Supreme Court to hear an appeal against the decision allowing Prof. O' Sullivan return to work at St Luke's.

It sought the appeal to ascertain the correctness of its procedures and to protect its decision to suspend Prof O'Sullivan, the Supreme Court heard.

In a written determination a panel of three Supreme Court judges held that the HSE had raised an issue of general public importance that it should determine.

The Chief Justice Mr Justice Donal O'Donnell, Mr Justice Peter Charleton and Mr Justice Seamus Woulfe held that the issues that arise in this case concern challenges to an employer's power to suspend an employee deemed to pose an immediate and serious risk to health safety and welfare of patients and staff.

The Court will also consider what procedures are necessitated for suspension.

The investigation into the allegations against Prof O'Sullivan by a committee established by the Minister for Health is due to heard in September.

It is understood that he is preparing to undergo a training programme that will allow him to return to his post.

Prof O'Sullivan was placed on administrative leave from on full pay in August 2019, by his employer, the HSE, after complaints were made against him by other staff members for allegedly performing unapproved procedures on the five women.

None of the patients were informed about the research or consented to the procedure, nor were they aware of it until afterwards, it is claimed.

The court heard the women were not physically harmed by the procedures but on learning what happened were psychologically injured.

It is also alleged that Prof O'Sullivan did not obtain clearance from the hospital's ethics committee and had sourced the instruments for the procedures outside of the hospital's usual procurement channels with his own funds.

Following an investigation into the complaints Prof O'Sullivan was placed on administrative leave.
The HSE recommended to the ministerial committee that Prof O'Sullivan be dismissed from his role.

Prof O'Sullivan rejects all allegations of wrongdoing against him has claimed that a report conducted on the HSE's behalf states that he does not pose any risk to patient health and safety.

He claimed the investigation against him was flawed because he has been an "outspoken advocate for patient's rights and in particular pregnant women" and has made public remarks critical of St Lukes' management.

He claims that proper reasons were not given by the HSE regarding its recommendation that he be dismissed.
He further claimed that the report's recommendations are irrational and unreasonable.

Represented by Eoin Clifford SC and Frederick Gilligan Bl, Prof O'Sullivan brought judicial review proceedings seeking to have the decision to suspend him and the recommendation quashed.

In a judgement in 2021 the High Court dismissed Prof O'Sullivan's action.

That ruling was appealed to the CoA.

In its decision the CoA said his suspension should be lifted immediately.

The CoA found that his suspension should have been lifted when the HSE received a 2019 report, which identified no patient safety concerns regarding Prof O Sullivan.
The court also noted the reputational damage that can occur when a suspension gains high profile in the media.

The CoA said the damage to Prof O'Sullivan by the "deliberate leaking" of confidential information to the media about the disciplinary process had been "amplified".

The CoA was not however prepared to quash the HSE's recommendation to the Minister.

It agreed with the High Court that quashing that decision would be premature and that Prof O'Sullivan's rights will be fully respected protected by the committee.

The Ministerial committee was not bound by any findings made by the HSE and it is entirely at large to its own conclusions on these issues, the CoA added.

A second set of proceedings brought by Prof O'Sullivan over his suspension remain pending before the High Court.