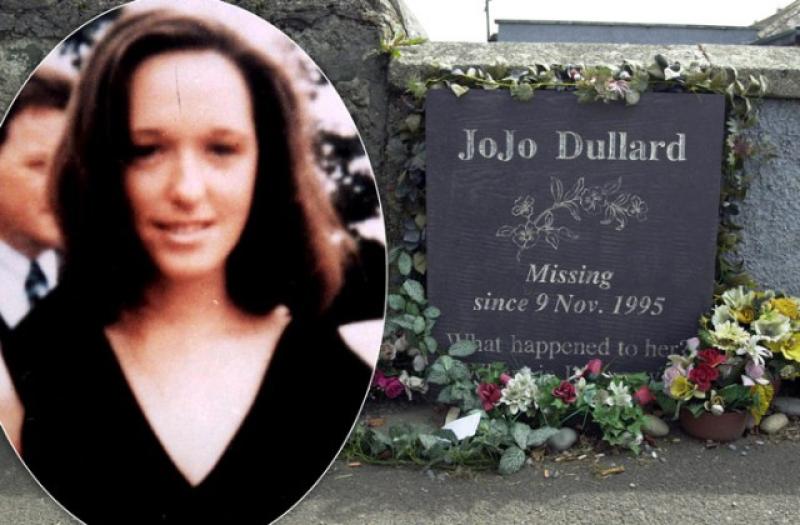 The sister of missing Jo Jo Dullard, says that she has 'a little bit of hope' as gardaí continue to search a woodland area close to where the Kilkenny woman vanished in 1995.

Searches are ongoing in a remote woodlands area on the Wicklow/Kildare border as officers comb the site for any evidence belonging to of a number of Leinster women, including Deirdre Jacob and Jo Jo Dullard, who went missing from the area.

Kathleen Bergin said that while her thoughts are with the family of missing Deirdre Jacob, who disappeared from close to the search site, she was also holding out hope that gardaí will find evidence belonging to her sister.

"We are just praying for Deirdre's family and are thinking of them."

"We have to be open-minded, it is only human nature to have a bit of hope. It is so close to where Jo Jo was last seen,

It would be such a relief to have answers and to be able to lay Jo Jo to rest. We would finally know where she is and be able to bring her home. It would mean the world to us," she said.

The search which began on Monday is expected to last for three weeks and is just a 10-minute drive from where Jo Jo went missing.
The case of Jo Jo Dullard, who was last seen in Moone in November 1995, while she was hitchhiking home to Kilkenny, was  upgraded to a murder inquiry earlier this year.

The 21-year-old had been socialising in Bruxelles Bar in Dublin on November 9, 1995, before starting her journey home to Callan, in Kilkenny.
She missed the last bus to Callan so got a bus to Naas before hitching two lifts to Moone. At 11.37pm, she called a friend from a phone box in Moone to tell her she would be home soon and that a car had just stopped for her. This was the last known movement of the Kilkenny woman.
The search will involve divisional search teams, a forensic anthropologist, and the Garda technical bureau. The Defence Forces are expected to lend assistance if required.