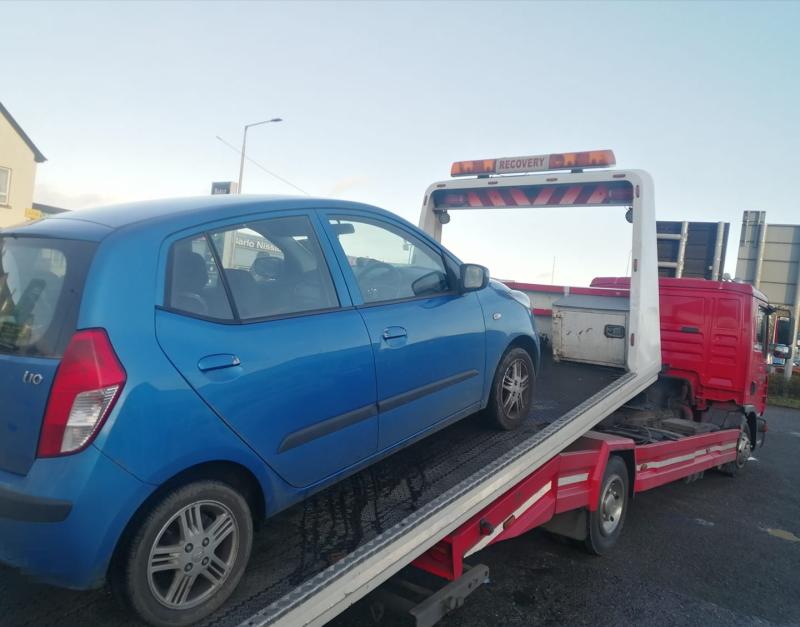 The driver was 'a known disqualified driver' according to local gardaí, who intercepted the vehicle on the Dublin Road.

The driver was subsequently arrested and the car was seized for no insurance.

"A small quantity of suspected cannabis was also found during a search of the driver," gardaí confirmed.