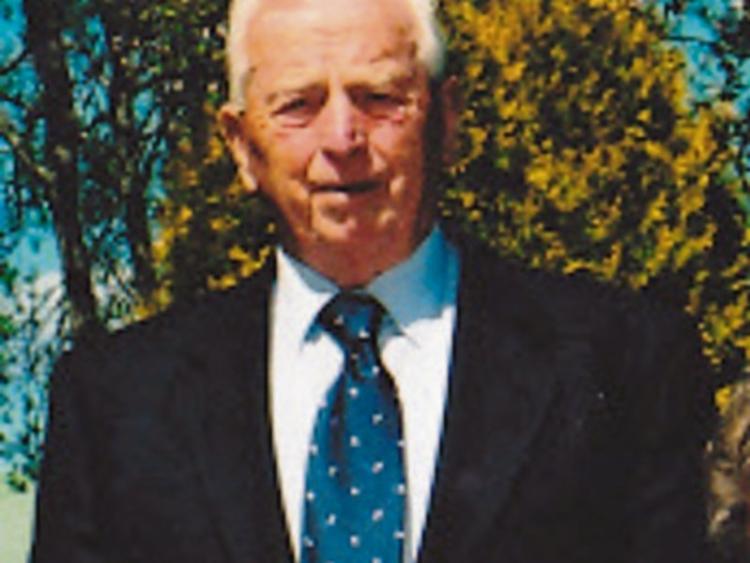 It is with deep regret that we record the death of Patrick (Paddy) Heffernan, Rockenham, Ferrybank and late of Glenmore, County Kilkenny.

A highly respected and much loved member of the community, Mr Heffernan, aged 94 years, passed away at Waterford University Hospital on March 15 following a brief illness.

Hymns were performed by the Ferrybank Church Choir under the leadership of Frances Dunne. The organist was Rose Prendergast and the soloist was Rosemary Heffernan, daughter-in-law of the deceased.

At the invitation of Canon Crotty, the congregation was addressed briefly by the deceased’s daughter, Bernadette, and son, Nicky.

A Guard of Honour was provided by senior members of Ferrybank GAA Club at the removal and by juvenile members of the club at the Requiem Mass.

Interment took place in the adjoining cemetery immediately after Mass where Canon Crotty officiated at the graveside assisted by Frs Griffin, Lynch and Barron.

Mr Heffernan was predeceased by his eldest son, Jimmy, who died in a road accident in 1972; his brothers, James, Tullogher; John, Aylwardstown, Glenmore and his sister, Biddy Myles, London.

Among the mourners of family, neighbours and friends were representatives of the sporting, political, business, media and arts sectors from Waterford and Kilkenny. Such was the esteem in which the deceased was held in the local community and beyond, the attendance at the removal and burial was one of the largest witnessed for some time.

Paddy Heffernan was born in Aylwardstown, Glenmore in 1923, son of Andrew and Bridget (nee Roche). As a young man he worked on the family farm but after his marriage to Ellie in Ferrybank Church in 1948, he took up employment at Quinlan and Company of George’s Street, Waterford. Paddy later moved to Clover Meats where he spent all his working life until it closed in 1984.

A talented sportsman, he played hurling and football with Glenmore and won a Leinster Junior hurling medal with Kilkenny. Many believed he should have been a member of the Kilkenny senior team but despite being urged to move to a senior club to further his inter county career, Paddy remained loyal to Glenmore which was a Junior club at that time.

Paddy was also an expert ploughman behind a team of horses and won many prestigious competitions as a young man.

Paddy and Ellie moved to Rockenham in the early 1950s and, prior to his death, were the last remaining, original couple in the estate. Paddy immersed himself in the local community and, under the guidance of the late Canon James Ryan, PP, and Fr Tommy Marnell, CC, was one of those who built the beautiful Grotto to Our Lady that is now such an iconic landmark in Ferrybank.

Under the guidance of a later parish priest, Fr Michael McGrath, Paddy was also very active in creating a pitch and putt course on church grounds at the Rockshire Road.

Paddy was also a member of the committee that created a badly needed ground and facilities for Ferrybank GAA Club. His five sons played hurling and football at various inter-county levels for Waterford. His eldest son, Jimmy, was the first senior inter-county hurler to wear a protective helmet.

Paddy’s daughter, Bernadette, was capped for the Irish Senior Hockey Team on 68 occasions, 25 of them as captain, after which she moved into coaching and managerial roles at International level. When he did find time for himself, Paddy joined Ellie in tending their gardens that sprouted beautiful flowers and plants. In summer, visitors received bags of home grown tomatoes, lettuce and scallions.

A Christian man bolstered by his strong faith, Paddy was a wonderful neighbour and a decent, kind and non-judgemental person. Blessed with a great sense of humour, he was well-read and interested in current affairs throughout his long life. He was a self confessed Fine Gael supporter but he admired ability and courage in politics wherever he saw it. Paddy Heffernan was a rare man indeed and will be sorely missed by all who were privileged to know him. Ar dheis Dé go raibh a anam.