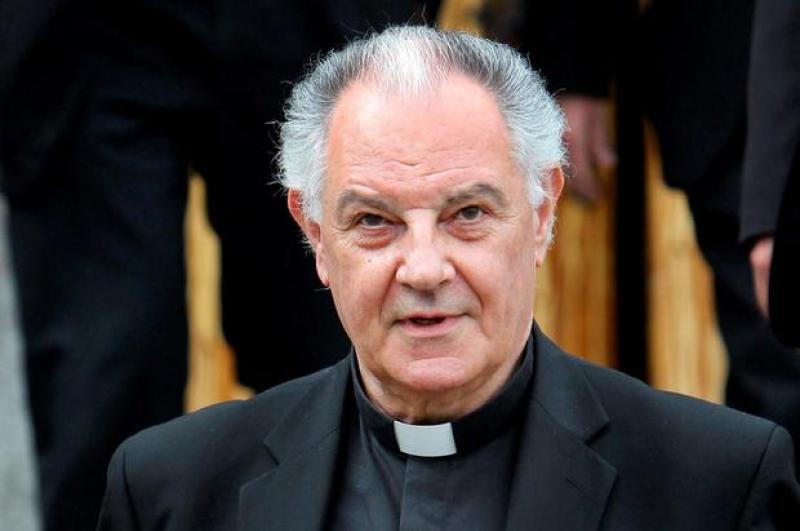 Bishop Freeman passed away peacefully at Highfield Healthcare in Dublin on Saturday, August 20, in the company of his family and close friends. He is predeceased by his parents Bridget and James, his sister Maureen and brother Martin.

He is dearly loved and sadly missed by his sisters Esther and Mary, RSM, his brothers Tommy, John and Pat, sisters-in-law Bernie, Catherine and Michelle, his nieces, nephews, grandnieces and grandnephews, his close friend Frances, Raymond, and his extended family and friends, Most Rev. Denis Nulty, Priests, Religious and the Lay Faithful of the Diocese of Ossory, Rev. Father Jacob Nampudakam, SAC, Rector General, and his entire Pallottine Family throughout the world.

Bishop Freeman will be reposing in the Pallottine College, Thurles, Co. Tipperary, from 4.30pm on Wednesday, August 24, 2022. Prayers at 6pm followed by removal to St. Mary's Cathedral, Kilkenny, the Mother Church of the Diocese of Ossory, to arrive at 7.30pm approximately.

Reposing from 10am in the Cathedral on Thursday, August 25, concluding with Night Prayer at 9pm.

Bishop Freeman’s Funeral Mass will be concelebrated on Friday, August 26, at 12 noon, followed by burial in the grounds of St. Mary’s Cathedral.

He was the eldest of eight children and he attended school in Callan, County Kilkenny.

After his education he entered the Pallottines in Thurles, County Tipperary.

In 1981, he was appointed as rector and director of formation of the Pallottines in Thurles.

In December 2005, he was elected President of the General Coordination Council of the Union of Catholic Apostolate.

He was ordained to the episcopate and installed as Bishop of Ossory on 2 December, 2007.

Bishop Freeman was well-known and admired in Kilkenny for his warmth and ability to connect with people.

Among those reacting to the news of his death was Bishop of Kildare and Leighlin, Denis Nulty.

“On hearing the news I thought of the words that Bishop Freeman offered as he retired as Bishop of Ossory on the grounds of ill health in July 2016,” Bishop Nulty said.

“His only regret was that he was unable to stay as shepherd of the Diocese for longer.

“During his time here in Ossory he facilitated the realisation of the Diocesan Pastoral Plan and placed a great emphasis on the role of lay people responding to their baptismal call. He worked tirelessly for the restoration of our beautiful Cathedral Chapter House and surrounding campus.”

The Pallottines have also released a statement reacting to news of Bishop Freeman’s passing, describing him as ‘one of the best known Pallottines in [their] history’.

“The Union of Catholic Apostolate owes so much to Mons. Séamus Freeman, for all his works in getting approval and as the first President. We are all aware of his contributions to the Society, to the UAC and the Church.”

Archbishop Eamon Martin has also expressed his sympathy on the death of Bishop Séamus Freeman, offering prayers and deepest sympathy to his family and loved ones.

“Bishop Freeman has sadly had to endure increasing frailty and illness and he did so with courage, patience and strong faith and trust in God,” Archbishop Martin said.