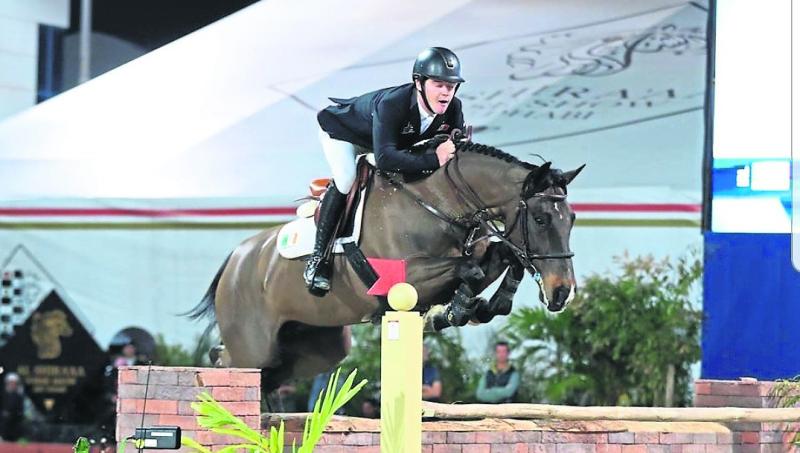 Fianna Fáil TDs John McGuinness and Bobby Aylward met with leading members of the local equestrian world on Monday night to hear of plans for the promotion of the various sports in the horse world - and in particular a Centre of Excellence for Kilkenny.

Many important points were brought up by the members in attendance. Tom Brennan, a Kilkenny sports horse breeder, spoke about how the horse industry is huge in Kilkenny, with many disciplines requiring funding to grow, especially indoor facilities of international standard.

The Sports Horse Industry contributes €816 million to the Irish economy and employs over 14,000.

Local breeders and owners strongly feel that Kilkenny has the potential to become a pilot scheme for an International Horse Centre in Ireland.

Marion Hughes, HHS Stud spoke about show jumper Mikey Pender’s recent success in Dubai and about breeding, producing and competing abroad while still trying to raise her family at home.

Carol Gee, Fernhill Sport Horses spoke about foreign clients coming into this country who are spending money on flights, car hire, hotels, and restaurants and needing a Centre of Excellence to show horses.

Ger O’Neill of Castlefield Sport Horses explained how Peelbergen Equestrian Centre in Holland was set up with private funds matched with government funding.

Ann Callanan, Chairperson of Ballyfoyle Agricultural Show spoke about investing in secondary school courses in equine science to educate our young people on the horse industry as like is done with Agricultural Science at the moment.

Niall Hughes from GAIN Equine Nutrition spoke about the best horses having been sold out of the country in the past which resulted in the Irish Stud book taking a hit but that in the last few years the standards of breeding are on the way up but breeders need incentives to breed the best.