Party lines: What happens when you ‘continue your preference for...’ 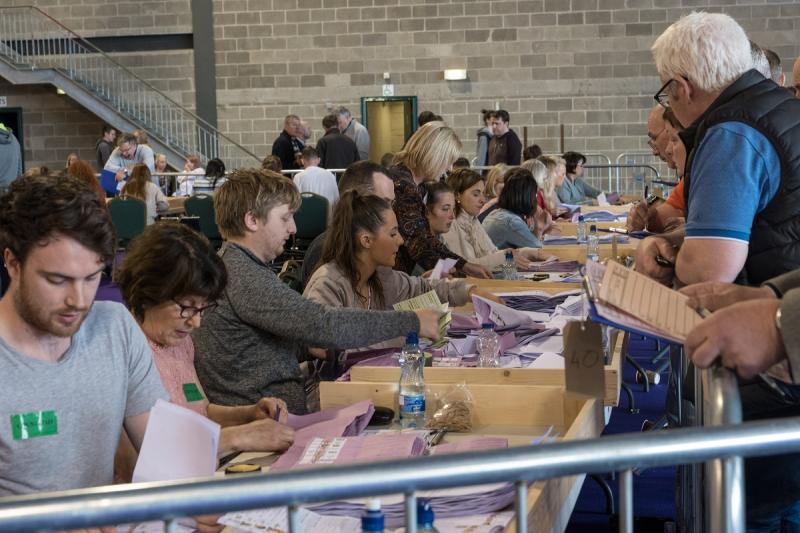 One of the great mysteries to outsiders looking in on the Irish electoral system is how we transfer votes.
PRSTV - proportional representation with the single transferable vote - is used in only Ireland and Malta.
This system is why we vote 1,2,3 and not just with an X. Once our 1 vote is counted our ballot paper can then be counted for 2, 3 and so on. Within clear rules.
It can be complicated, and in many places, a long process, especially when compared to the ‘first past the post’ systems of our neighbours.
But it is very representational of the views of the electorate and, it is argued, therefore more democratic.
In this general election in Carlow Kilkenny there were some very clear transfer patterns. It’s interesting to have a closer look at them.
The first talking point of the count weekend was where would the massive vote of Sinn Féin’s Kathleen Funchion go.
There was a national conversation before the election calling for a ‘vote left, transfer left'
And it definitely was a left candidate that benefitted most from Funchion’s surplus - Adrienne Wallace of Solidarity PBP got more votes from Funchion’s transfers than her own first prefernces. She polled 1,558 number 1s but got 1,792 in those transfers. (You could hear th egasp of surprise in the count centre when it was announced.)
After that Malcolm Noonan, Green Party, and Alan Hayes, Independent, benefitted.
At the other end of her transfer scale were Fine Gael’s two candidates. Patrick O’Neill got just 49 tranfers.
Continuing the ‘left’ transfer trend, when Labour’s Denis Hynes was elminated, following the third count, the two candidates to mostly benefit from his transfers were Noonan (Green) and Wallace (Sol-PBP). Again, the two FG candidates got the least transfers from Hynes.
Alan Hayes (Ind) was eliminated following the fourth count. Again, massively transferring to Noonan and Wallace. His 3710 votes went 871 to Noonan and 717 to Wallace.
The strongest show of party alliegance in voting preferences appeared later in the count, with the first elimination of a Fine Gael candidate.
Patrick O’Neill was eliminated following count five. He had 4186 votes to distribute. Party and geography came into play when a huge 2454 of those votes went to John Paul Phelan.
FG’s other candidate, Pat Deering, didn’t benefit much with only 148 transfers. Possibly a party vote pact but also the geography of O’Neill based in south Kilkenny and Deering based in Carlow.
Deering himself was eliminated following the seventh count. Party and geography dictated transfers here again. His transfers would elect two candidates
Of 7143 ballot papers to transfer on, 3,624 went to his party colleague Phelan; 2078 went to his fellow Carlow candidate Fianna Fáil’s Jennier Murnane O’Connor.
In comparison, just 355 votes transferred to FF’s Bobby Aylward and 483 to Noonan.
Of course personal choice matters hugely with transfers and it’s not black and white.
Voters are influenced by experience and campaigns and often adhere to none of these transfer strategies. (He’s a neighbour, I knew her in school, my next door neighbour is his secretary, etc).
And with PRSTV we can make those choices. That’s what makes our elections so exciting!