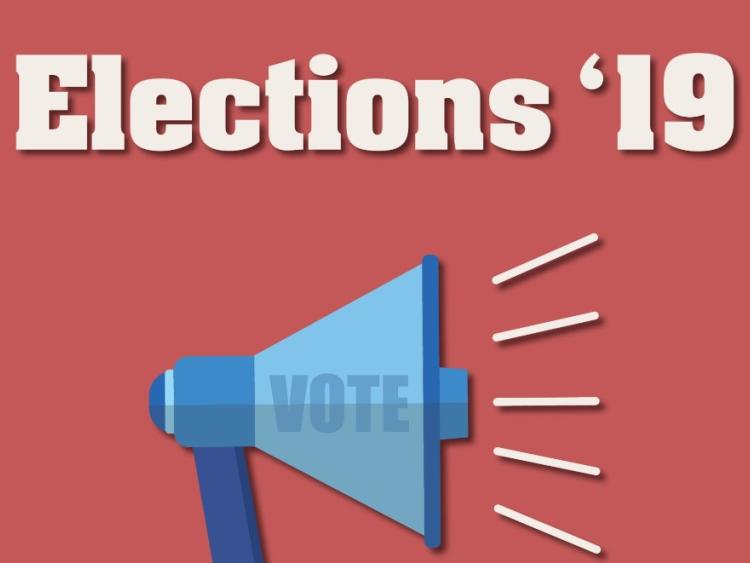 A handy guide to voting in Friday's referendum, local and European elections

The canvassing is over and now it's over to you the voting public. From 7am to 10pm on Friday, May 24, Irish residents registered to vote are asked to have their say on three, and in the cases of Limerick, Waterford and Cork, four different votes.

These will be the Local Elections, European Elections, Referendum on the Regulation of Divorce and in the case of Waterford, Cork and Limerick, a plebiscite to decide on a proposal to have a directly elected mayor for the respective cities and counties.

You can follow all the counting, news and views with our rolling live blog on www.kilkennypeople.ie

Firstly, you are asked to vote in the local elections with the votes deciding the make-up of your local county council. Each county council is split into different electoral areas with three or four comprising most local authorities. A total of 1,977 candidates are vying for 949 seats across the 31 local authorities of Ireland.

On the local election ballot paper, you will see the names of the candidates standing for election in your electoral area. On this paper, you mark the number '1' beside the name and picture of your preferred candidate. You can continue in order of preference and corresponding numbers for as many candidates as you like.

The numbering system works in counting terms by way of elections and eliminations. If your preferred candidate is elected on the first count, your No. 2 preference will get a knock-on vote in the next count. Similarly, your second preference vote will be counted if your first preference has been eliminated.

The counts in the local elections will commence on Saturday, May 25 with most seats filled before the end of the weekend.

The three constituencies are Dublin, Ireland South and Midlands North West. A breakdown of which counties vote in which constituencies is printed below: 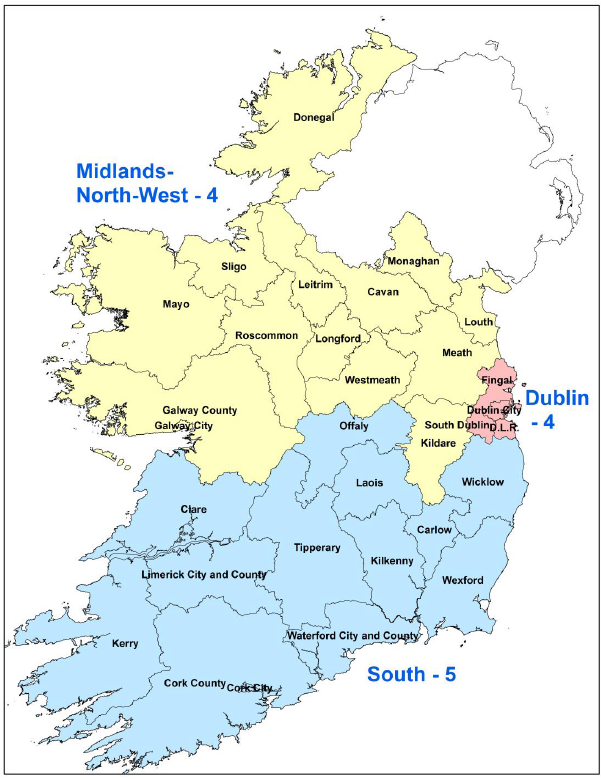 PICTURED: A map of the Irish European election constituencies

Ireland will elect 11 MEPs but that number will increase to 13 if and when the UK leaves the European Union. Those two candidates (one in Ireland South and one in Dublin) will be on hold following this election until that time. There will not be a separate election to choose those candidates following Britain's exit.

Preference voting in your European election constituency works similarly to the local election with your second preference coming into play once your first preference has been elected or eliminated.

Read also: Who are the candidates in Ireland South for the European Elections?

You will also receive a ballot paper to vote in the 2019 Regulation of Divorce Referendum where you will be asked to vote 'Yes' or 'No' to a proposal to change the Constitution of Ireland in relation to divorce.

The proposal is about two issues relating to divorce, namely how long people must be living apart before applying for a divorce, and the recognition of foreign divorces.

There will be one question on the ballot paper and voters can either vote Yes to allow both changes, or No to reject both changes. Voters cannot accept one change and reject the other.

By voting 'Yes' who will give the Oireachtas the powers to legislate on both issues. By voting 'No,' no such legislative action will be permitted and the Constitution will remain unchanged in relation to divorce.

Find out more about this vote on www.refcom.ie.

Voters in the cities of Waterford, Cork and Limerick will be handed a fourth ballot paper on Friday. This paper will allow them to vote on a proposal to have directly elected mayors in their cities.

In this plebiscite, voters will be asked if they approve of the proposal that would allow the people of Waterford, Cork or Limerick to directly elect a mayor with executive functions for a five-year term.

At present, the mayor is elected for a one-year term by other councillors in these cities. Under the Government’s proposal, the directly elected mayor would have significantly more functions (duties) than a mayor currently has, including some or all of the functions now performed by the chief executive of the City and County Council, and such other functions as may be provided by or under statute.

If the proposal is approved by a majority of voters in these cities, the minister will submit a report to the Oireachtas with legislative proposals for an election of a mayor by the people in the respective cities and counties. The Oireachtas will then consider the legislation. If the law is passed, a direct election for mayor will take place.

Other information on the plebiscites is available at www.mayors.gov.ie.

Only those on the register of electors in each county are permitted to vote. You are required to bring your polling card (received by post prior to polling day) or some form of photo ID in order to vote.