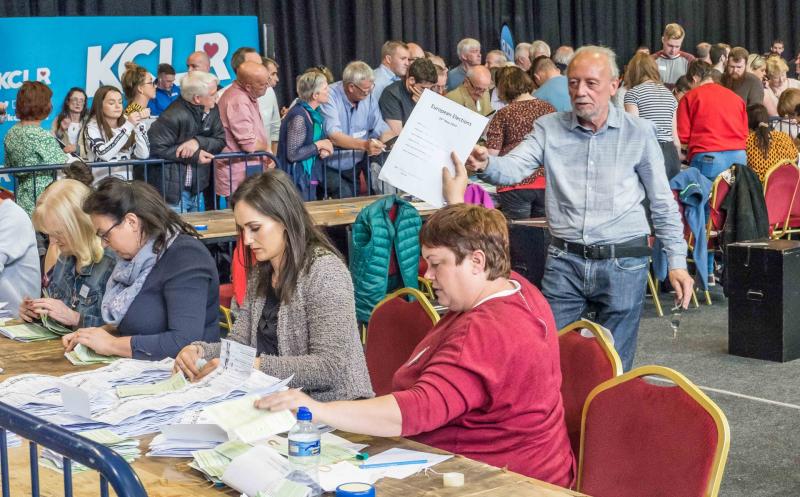 Counting is well under way in Kilkenny in the local elections

Kilkenny Carlow TD Kathleen Funchion, speaking at the Kilkenny count centre, said she was disappointed with the Sinn Fein vote emerging in the tallies.

"I'm very disappointed in how we're doing I would have thought we were in a much stronger position."

"A lot of work was put in. We have a lot of questions to ask ourselves afterwards," she said.

Deputy Funchion said Sinn Fein are still in the running for the city seat and they should hold the Callan Thomastown seat, where Cllr David Kennedy has done a huge amount of work.

She said the city turnout in particular was important to her, as it was where she made her electoral breakthrough in 2009.

Deputy Funchion said the collapse in the Sinn Fein vote will have to be examined in the wake of the election. "People are genuinely suffering out there, it's not like all the problems have gone away and people talk about a recovery but every single week we have clinics they are packed out the door with people with various issues.

"I don't think people don't neccesarily make the connection between the work and the effort that you're putting in and the fact the only reason you can do that is that you're elected and in order to be elected you need them to come out and vote. We probably need to work on that. That's a national issue.

"It's about really building a strong alternative among the left, ourselves and others."

But Deputy Funchion said the Sinn Fein candidates will hang on in there. "We'll still be here well into tomorrow night, I'd say."