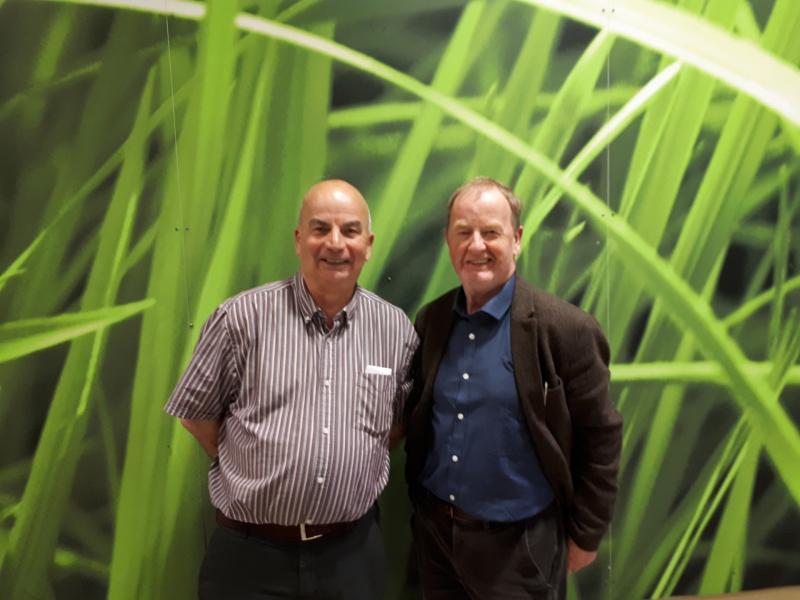 Retiring county councillor Maurice Shortall reckons he is one of the few outgoing councillors who succeeded in getting his replacement elected.

Having topped the poll in Kilkenny at three elections, Cllr Shortall is at today's count as a spectator and not a candidate.

His 'replacement' will be Denis Hynes, who the tallies say will take a seat in the Castlecomer area.

Cllr Shortall went out canvassing with Denis on 22 occasions during the campaign. "I'm now cutting him loose," Cllr Shortall said. "I told him the work trousers have to go on the day after the election."

He was hanging out with his old friend Cllr John Brennan. The two men not only served together but worked together in Castlecomer for 21 years.

Cllr Brennan looks likely to be returned in the Castlecomer area with a tally of more than 1,000 first preference votes. He contrasted that with his very first election in 1985 when, he said, he was eliminated on the first count!

Cllr Shortall (for a while longer) celebrated his first election at Dillon's Corner House in Castlecomer and last Friday night he held his last celebration there. On that first night, he said, three men held him aloft in celebration and hit his head off the ceiling. So last Friday, he said, he went in the back door!

Cllr Brennan said it was an absolute pleasure working with Cllr Shortall on Kilkenny County Council and he'll miss having him as a colleague. "We will be waiting a long time to see his contribution to North Kilkenny matched."