Still plenty of festive fun to enjoy - and a Happy New Year! 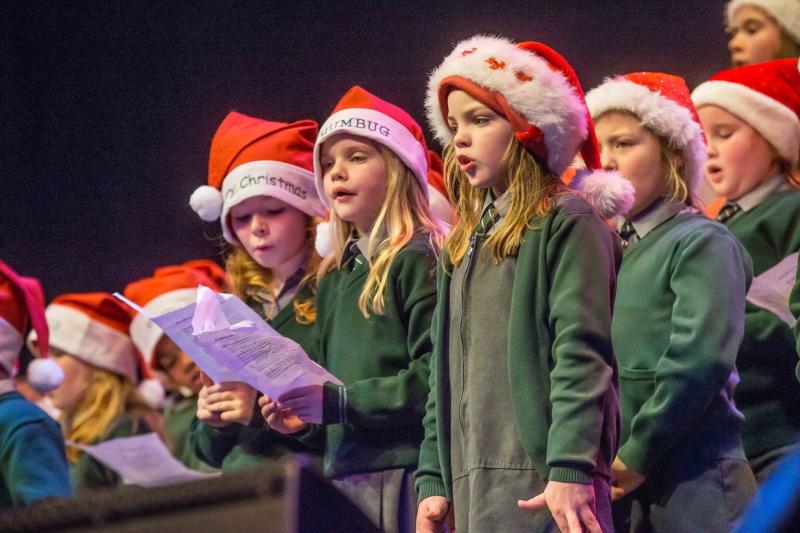 SINGING SUPERSTARS: The Skeoughvosteen School choir at the Mayor’s Concert at the Watergate Theatre on Friday

A very happy Christmas to you! What a season to catch up with family and friends as well as getting to enjoy some down-time.

Do yourself a favour and get out to sample some of what the city and county has to offer. On Thursday the Bee Gees story unfolds at the Springhill Court Hotel. Enjoy The Night on Broadway there from 7.30pm. Big John’s Krazy Karaoke continues at Biddy Early’s with Midnight Run at Lanigan’s.

Friday offers a Music Night with Richie Healy and friends at Lenehan’s Bar from 8pm. The entry fee of €10 will go to the JohnNeeds Pembro fundraising campaign. On the bill are Roy Thompson, Helen Mooney, Elise Ramsbottom, Eve Tuohy and Richie Healy and more could yet join in.

The Rollercoaster Yuletide Revue is from 8pm Set Theatre at Langton’s. It boasts Engine Alley and guests including Captain Moonlight, The Wha and Frankenstein Bolts followed by Gold Soundz until 2am.
Hackett’s Bar has its Christmas Party – you don’t have to be a regular to stop by and soak up the season there, all are welcome.

Saturday sees Smash Hits take over the Langton Night Club. The troupe which heralds the decade of the 1990s will mark its tenth anniversary of unleashing fun across the country next May and you can get a taste of what makes them so popular at this local venue.

Mixmaster OB1 is back at Biddy Early’s and the Christmas version of Theme Tune Retro Radio unfolds at Dylan Whiskey Bar.

On Sunday night Kevin and Eugene entertain at the Dylan Whiskey Bar while at Lanigan’s catch Wickerhouse.
Plenty of New Year’s Fun to be had on Monday.
The Pumphouse presents The Wha from 8pm while at the same time the NYE party kicks off at nearby Brewery Corner.
Hackett’s Bar is planning for a Reeling in the Years night which will showcase the best of the year that was with music from Government Cheese.

One of the city’s newest outlet, Medieval Tavern, has live roots music with Rust Belt from 9pm.
While The Year Grunge Broke rolls out at Set Theatre at Langton’s from 10pm. Plenty of DJ fun too across the city spots including Lanigan’s Bar, Biddy Earlys and the Dylan Whiskey Bar.

here’s plenty more on locally so check out our entertainment pages for details.