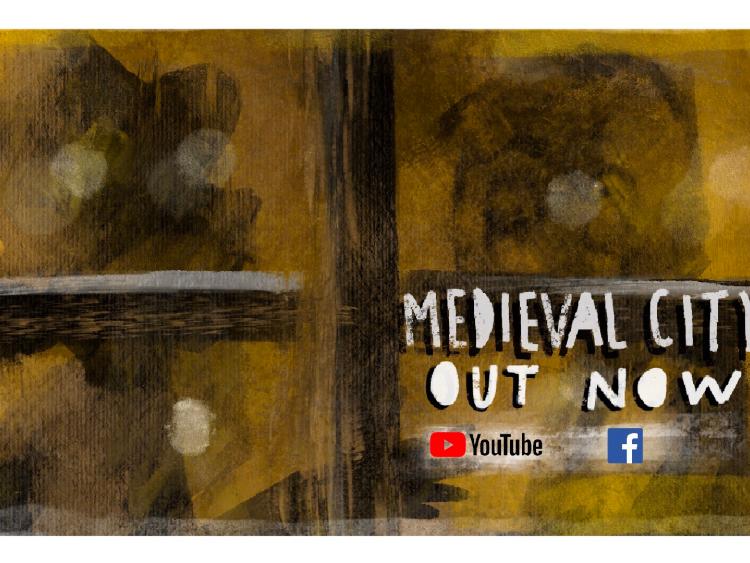 There was music pouring out of every door, and the sun was splitting the stones at Kilkenny Castle - it’s no wonder a visiting musician was so struck by the beauty and welcome of our community that he went on to write a modern folk song dedicated to the Medieval City.

Songwriter Barry Jay Hughes is not a Kilkenny man, in fact he lives in Carrickmacross, Co Monaghan, and admits he doesn’t usually write songs about places.
But one day in 2016 he spent time in Kilkenny and was inspired.

The song, and now animated video to accompany it, is a love letter to the city.
No surprise, then, that as soon as it was released in the last week it exploded in popularity across the county.
Watching the video, by animator Trea Ivory, who is known as the Doodling Yogi, Kilkenny comes to life. You’ll see Kilkenny Castle, the River Nore, the Butterslip and recognise many local hostelries. All accompanied by a catchy melody.

When Barry left behind the restaurant industry to pursue a career in music he began to travel all over Ireland to take part in gigs, open mic nights and local promotion. He was a regular visitor to Kilkenny.
It was on one of those visits that sparked the song Medieval City. As Barry explored Kilkenny Castle and soaked up the history of the place, as he paced the city streets, and stopped to listen to a local band inspiration came to him.

When he returned to Carrickmacross he worked on the words and they fit perfectly with a melody he had been developing.

Barry is a classically trained pianist and singer. He also plays guitar. He loved working in the hospitality industry, a college job that became more permanent, but music called to him.
The song Medieval City came “out of the blue”. After wandering around the city, that day, he returned to his hotel to jot down lyrics. Barry still has the Kilford Arms hotel notepaper he wrote on that night.

Although recorded in 2016, and his favourite song to perform in concert, the video for Medieval City was only recently made, and released. “I’ve no idea how she does it, but it’s amazing to watch,” Barry said of Trea’s video. He credits the video as one of the reasons the song has reached so many people, and gained him new followers.