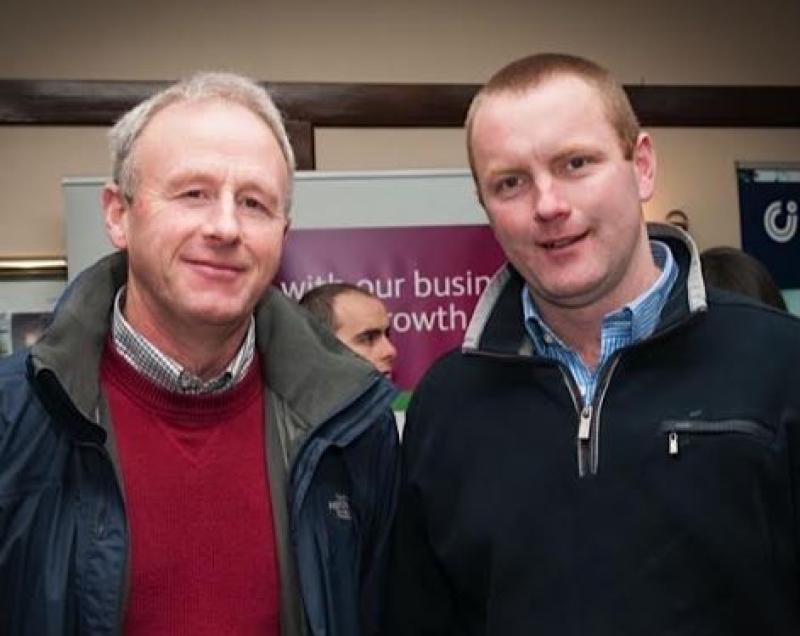 Kilkenny ICMSA held its AGM last week where the county's importance as a key milk producing region was recognised by the county’s allocation of seven members to sit on the National Council, the governing body of the organisation.
The meeting reflected on what had been a reasonably good year for milk producers with a notable recovery in milk price beginning in October 2016 that has carried through and meant that Kilkenny dairy farmers have, to some degree, recovered from the price collapse that had wiped out dairy farmer income for the 18-odd months previously. The optimism present on the ability of the dairy markets to deliver a return proportionate to the work, technical skill and capital investment required was tempered by anxiety about Brexit and the threat to our dairy exports to the UK, a huge portion of which originates in Kilkenny and the wider south east.
The meeting was addressed by John Comer, outgoing president. Mr Comer was particularly scathing on the proposals that emanated from the Citizens Assembly recently calling for a new tax on farmers related to their alleged contribution to ‘Greenhouse’ gas emissions.
He trusted that when this “illogical proposal” came before “the real Citizens Assembly – otherwise known as Dail Eireann” that it would be unceremoniously rejected.
election of officers
John Robinson, Callan was re-elected as chairman; Sean Haughney, Coon West, vicechairman, and Tom Corcoran, Ballyhale, secretary.
Mid Kilkenny has three members on the national council: Kevin Connolly, Knocktopher, Tom Corcoran, Ballyhale and Denis Drennan, Maddoxtown. North West Kilkenny will be represented by Tommy Cooke, Grange, and John Robinson of Callan.
North East Kilkenny by James Hennessy, Castlecomer, and the south of the county by P.J. Malone, Mullinavat.