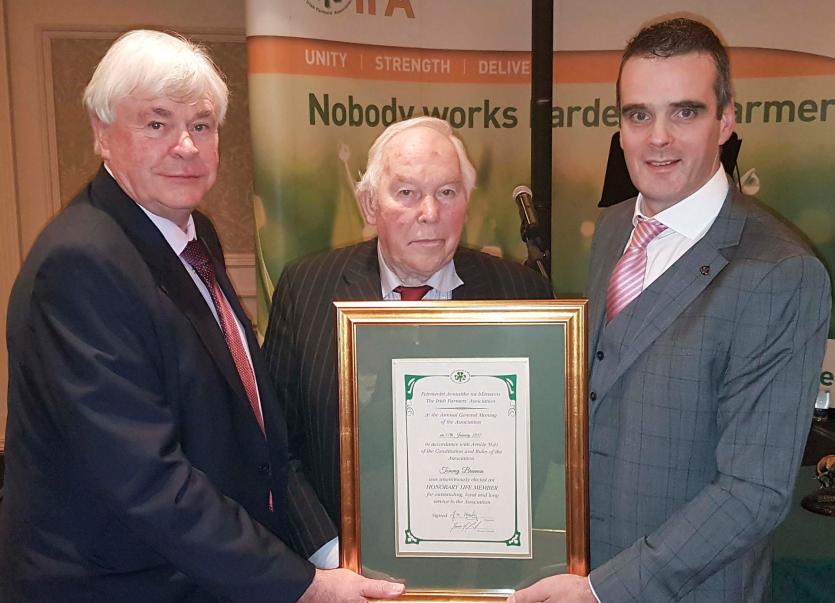 Tommy Brennan, the popular Clara farmer who is  wellknown in equine  circles was honoured recently by the Kilkenny branch of the Irish Farmers' Association (IFA).

County chairman of the IFA, John Bambrick praised Mr Brennan for the part he played in the farmers' rights campaign of the mid-1960s and said that  farming in Ireland would not be as strong today as a lobby group had it not been for peope like Tommy Brennan who showed great bravery during those turbulent times.