‘Fodder is going to be scarce next winter,' says Kilkenny farmer 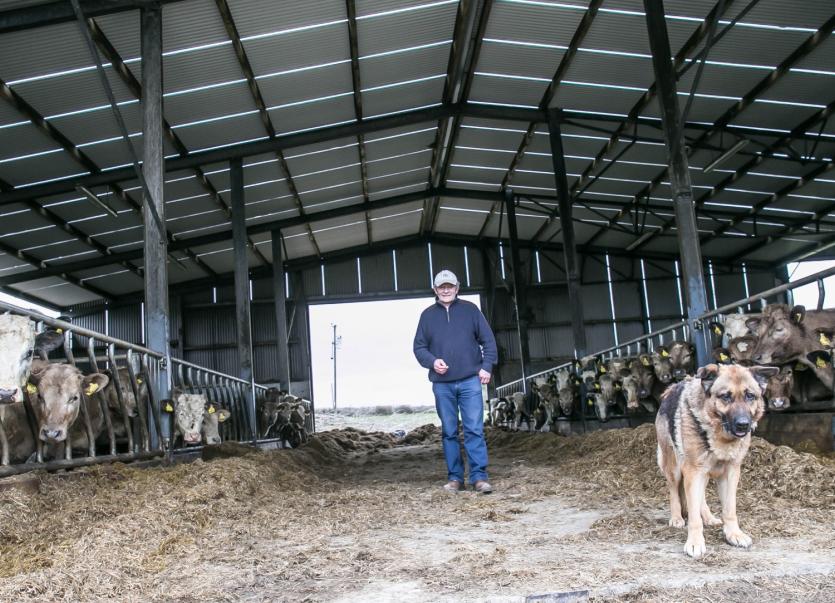 Brian Blackmore, 55, farms just outside Kilkenny City and said the fodder crisis which hit the county hard over the past month will have a knock on effect for the rest of the year.

Speaking to the Kilkenny People about the fodder shortage at his farm on the Callan Road , he said: “I’ve had to buy silage the last month because I knew before March 17 I was going to get tight.

“I wanted to stretch my fodder so I started to buy a month this Thursday. I’ve got supplies from two or three friends. They weren’t advertising. They just said they’d look after me.

“One of them had to stop because he was getting short but I’m with another guy now. This time last year I had the stock out end of February, early March. I would’ve stretched it until now if that had to happen, some of them gone out, but every week they’re all in. I knew it was going to run short. I knew early March, when the snow came, the ground was just horrendous.”

Brian’s livestock includes between 150 to 160 cattle and 40 sucklers.

He added: “I stretched my own fodder a little but I knew if I just kept using my own it would have been gone three weeks ago. I was buying a bit because I knew it would be hard to get. We’re buying a lot of meal from the mills to try and compensate and slow them down on the fodder.

“I had a man ringing me for fodder last Friday. He just chanced ringing people. We’re all ringing each other. I’m buying it too but I kind of got him a little fixed up.

“In fairness, there are people in dire straights. Dairy men were letting their cows out on good days, the grass went, their silage went. They’re in dire straights. I’m pulling through at the moment, I just wouldn’t let the livestock out yet. The drying is too slow, the ground is wet. It’s going to take this week even to see will it settle.

“As for grass, it was very slow growing, I put out little bits of fertiliser, not an awful lot, but the results were very low. The growth wasn’t there and too much rain.”

Brian said farmers in Kilkenny are “very stretched” in terms of getting fodder supplies for their livestock.

The fodder crisis initially hit the west and north-west of the country earlier in the year with farmers in the south and south-east sending surplus fodder to the farmers in these areas. Brian said: “Back in January/February we got texts from the IFA for any surplus fodder, there were collection points.

“A lot of people thought sure, we’ll help them out. Then it reversed and the rain came in from the south.

“The weather turned and it all came in from the south and we bore the brunt of it probably in the last six weeks. It all turned completely. When it hits us here, it’s bad.

“We’re heavier stocked in the south. We’re probably using our ground to the limit more than the west.”
Brian is also concerned for the year ahead and warned: “At the moment, there are no crops in. This is already affecting next winter now.

“April 1 you put out your fertiliser for silage. That’s beginning your feed for next winter...there’s nothing gone out. When you cut off your land for silage, you have to have a lot of grass on the other fields to keep the stock happy. But there’s nothing on the other ground so they’re under pressure they can’t cut out the ground.

"They should have ground closed off for silage two weeks ago but they’ve no where to hold the stock. It’s going to go on another month, therefore they’re going to be a month late cutting and their second cuts are going to be lower.

“Unless it gets really warm, I can’t see an awful lot getting done in April. Grass is the cheapest feed. A lot of people had surplus last year and there’ll be no surplus next year. This is going to go on a month later so already, I think, around here, fodder is going to be scarce next winter. Unless the Summer comes very good and we can keep building it up and the growth stays going. If it’s not a great Summer, we’re in dire straights...there won’t be any fodder surplus next winter.

“If there’s a fodder crisis (next year) I’d say everyone will only barely have their own.” Brian had to drive to Killenaule in the 80s for fodder and he described 2013 as a bad year too for fodder but he said: “Some say 2018 is nearly worse.”

For a full report on the fodder crisis in Kilkenny, click here.

There are also lots of helpful tips for farmers who are short on fodder.