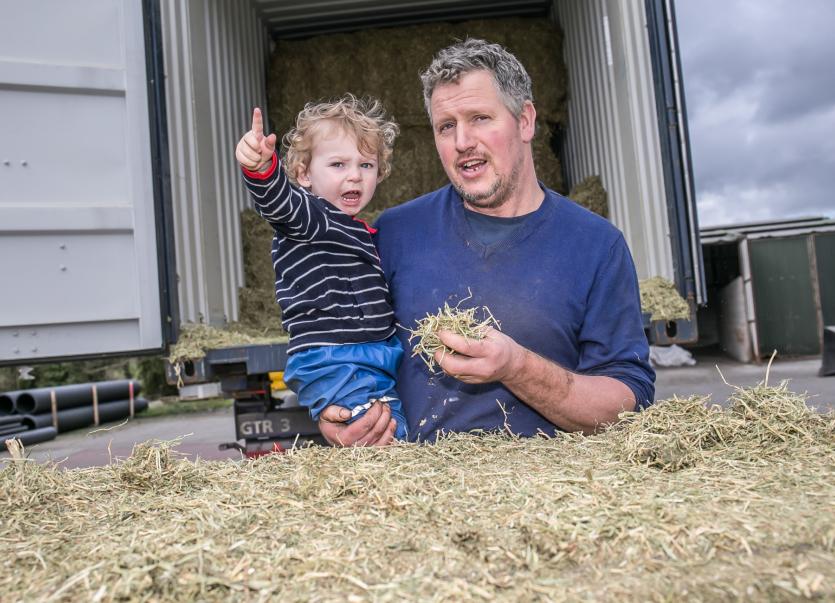 The Irish Farmers’ Association Chairman for Kilkenny, James Murphy, says the national fodder crisis which has hit Kilkenny will cause “real challenges” to fodder supplies in the county next Winter.

Months of wet and cold weather has left many farmers low on feed with the supply of fodder dwindling due to below-average grass growth and saturated lands.

The Kilkenny People spoke to local farmers and how the crisis has impacted on them. You can read the special report on the fodder shortage and interviews with Brian Blackmore and Eoin Kennedy in this week's edition

“We had a monthly county executive meeting Monday night and the general opinion was that you couldn’t say it has improved,” Mr Murphy said on the fodder crisis. “Farmers are a little less on edge because of the improvement in the weather.

“An awful lot will depend on what happens with the weather this weekend. If it continues to stay dry, farmers will start to get animals out on drier lands and that will reduce their fodder needs which might free up supplies for those who have wetter land.”

In parts of the county where the land is heavier, farmers will have fodder requirements for two or three weeks yet,” he warned.

Teagasc has set up a Forage Register to help farmers who have run out of fodder to source supplies from those with a surplus and there is fodder available to buy in Kilkenny.

“Farmers are more confident that they can get some fodder in their parish or county,” Mr Murphy added.

He said: “It’s already a late Spring. It’ll be a real challenge for all farmers to replenish their fodder supplies for next winter.

“A late planting season for Spring crops means farmers can assume that straw won’t be overplentiful either. One of the key points is that farmers need to continue to look out for one another.

"This is a very stressful time and it’s a national issue created by one of the longest winters that any of us can even remember.”

For helpful tips on dealing with the fodder crisis, click here.

Kilkenny-based Glanbia, the country’s largest dairy processor, has imported 1,000 tonnes of Alfalfa from Spain to support farmers impacted by the fodder shortage.

Mr Murphy said the first 500 tonnes of this was “snapped up immediately” and encouraged people to enquire about buying the fodder at their local Glanbia branch.

Last week, Minister for Agriculture Michael Creed announced the allocation of €1.5m for the introduction of a Fodder Import Support Measure to reduce the cost to farmers of imported fodder.

The funding will support the importation of up to 20,000 tonnes of fodder into the country and this will be kept under ongoing review.

The last time a fodder importation scheme was required was in 2013 when a total of 140,000 tonnes was imported. Mr Murphy called on the Minister to suspend all farm inspections in Kilkenny “until we get through the fodder crisis”.

He also urged the Minister to pay out all outstanding payments like GLAS, beef data and genomics, sheep welfare and others, due later in the summer, to prioritise paying those now “to alleviate the cash-flow problems all farmers experience at the end of spring”.

Meanwhile, Met Éireann’s forecast for Kilkenny is predicting milder weather but there will be showers in southern and eastern areas at different stages throughout the week and into the weekend.