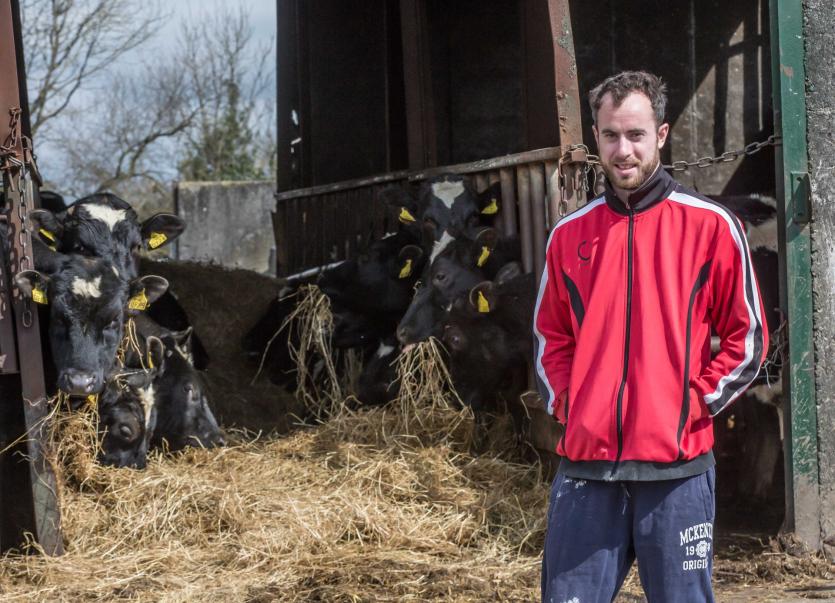 Dairy farmer Eoin Kennedy, 23, is based in Coologue in Kilkenny and he’s feeding his animals seven kilos of meal a day due to the fodder shortage.

Speaking to the Kilkenny People, he said: “This is a heavy farm. We can’t get cows out. We’ve plenty of grass out on the field we just can’t get out at the moment.”

The young farmer says the winter seems to have gone on forever and he’s concerned about the effect on cows breeding too due to a lack of nutrition.

Eoin said: “Fodder reserves, no matter how much fodder you had, we thought we’d plenty of fodder but this winter seems to just go on forever.

“We haven’t bought in a whole pile of fodder really. In the last week or so we’ve hit the back wall of the pit. It’s only in the last week now we started to buy in and it’s getting difficult alright.

“Everyone is in the same boat. This is my first year farming. Cow numbers have gone up as well so that’s put more pressure on,” he added.

“No one has a reserve of silage going in next Winter now. You’ll have to try and find some way to fill back up the pits.

“I’d be worried about cows breeding now and everything. Cows are under more pressure this year cause they haven’t been out on grass early enough. The nutrition isn’t as good.

"You’re feeding silage that’s not as good quality. It’s costing a lot of money. The cheapest stuff is the green stuff out in the field and we can’t get out to it.”

He added: “We’re feeding seven kilos of meal per cow per day, that’s unheard of really. This time of year you’d normally be feeding one kilo.” Eoin is feeding the cows that amount of meal “to stretch out the fodder and to keep condition on the cows”.

He said: “It’s just costing money every way and they’re not milking as well. There’s very little out of this Spring really.

“It depends on the forecast,” he said of the outlook for the future.

A full report on the fodder crisis is in this week's Kilkenny People.