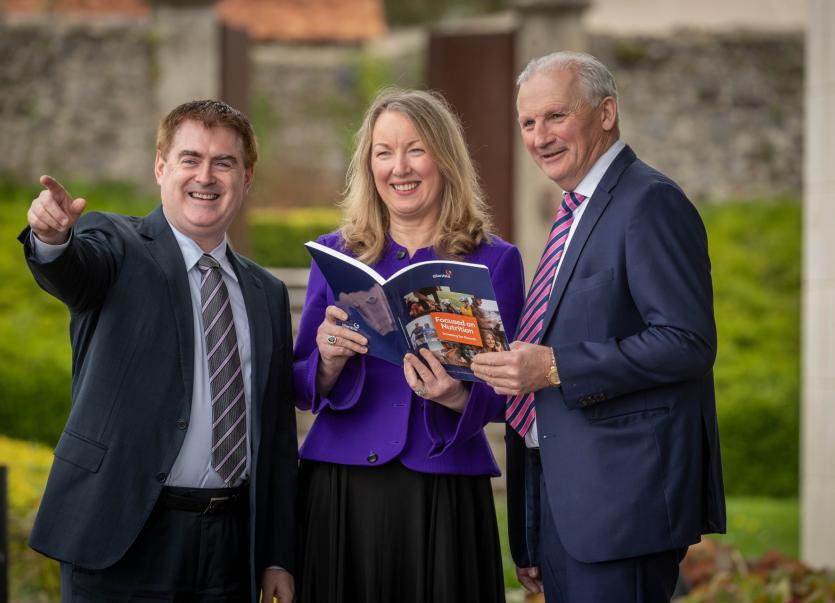 Milk volume by Glanbia milk producers rose by a staggering 9% last year, providing evidence, as if any was needed, that the investment plans for milk processing facilities at Belview in south Kilkenny and at Wexford Creameries were justified.
At the AGM of Glanbia Plc, which is now described as a global nutrition group, shareholders heard CEO, Siobhan Talbot say that 74% of all milk suppliers to its sister company, Glanbia Ireland had increased supplies following the dismantling of the milk quota scheme.
And in 2017, Glanbia gained 507 new beef and dairy farmers.
Siobhan Talbot had those who attended in the palm of her hand as she effortlessly went through the performances of the year and the future and noted that Glanbia was now the largest supplier of mozzarella cheese in Europe, an incredible achievement.
The agribusiness section of the business, where it competes with Glanbia Ireland grew by an incredible 24%.
And a new on-line only Dutch based nutrition business, “Body & Fit” acquired last year, a leading direct to consumer (DTC) online branded business focused on performance nutrition is going well.
Glanbia said compared to 2017, revenue in the Glanbia Performance Nutrition division increased by 9.3% and this was driven by volume growth of 5.5% with the Body & Fit acquisition delivering 7.8%.
Ms Talbot said that Glanbia now employs 6,600 people in 32 different countries and was actively looking for new acquisitions and mergers.

Glanbia Plc continues to be a huge positive in the local economy, providing jobs,  service contracts and indirect employment to a huge volume of people.