MEP for Kilkenny, Deirdre Clune wants to use Glanbia as a pin up for other companies 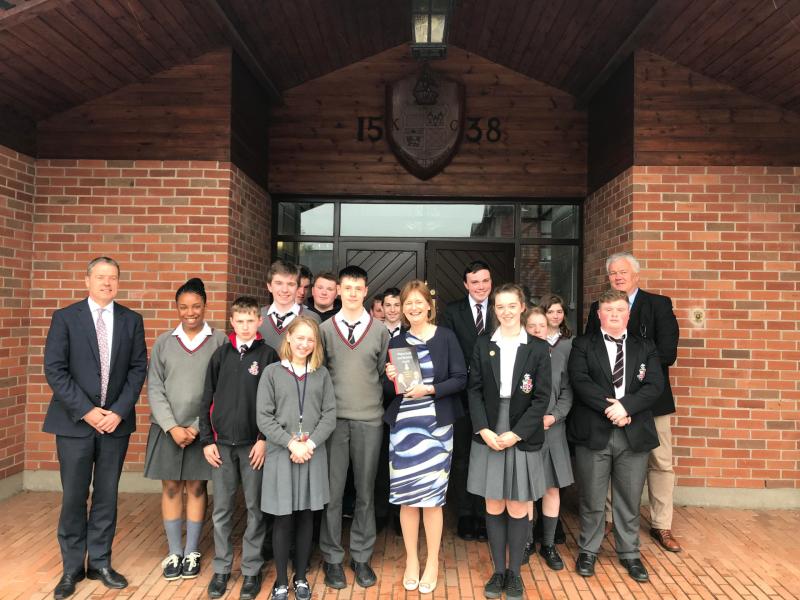 The part played by Glanbia in the Irish and EU economy was highlighted by Fine Gael MEP, Deirdre Clune when she visited the city last week.
The Cork based politician, who represents Kilkenny in the European Parliament, highlighted the EU’s commitment to finding ways of dealing with waste, taking as an example, the recently announced bio-refinery, just over the Tipperary border at Lisheen Mines which is being spearheaded by Glanbia Ireland.
Ms Clune explained that €37 million of the funding for the project is coming from the EU.
Addressing the disconnect between the EU, the European Parliament, the Commission and ordinary people, she explained that on a daily basis, the EU has an incredibly positive impact on Ireland and Kilkenny.
She is concerned at US President, Donald Trump’s foreign policy ‘which is isolating America’ and the impact it will have on Ireland and the EU.
On Brexit, she said there was no real policy coming from Downing Street and that with a growing schism within the British Cabinet nothing could be ruled in or out.
She said that companies like Glanbia were developing new markets ahead of Brexit’s conclusion, to cushion any potential loss of British markets and that other Irish based businesses which depend on the export market should be doing the same.
She complimented EU Agriculture Commissioner, Phil Hogan for trying to maintain the budget for the Common Agricultural Policy (CAP) ahead of negotiations on it, with several EU States saying they want to reduce the CAP budget substantially.
Ms Clune wants all EU governments to increase their financial commitment to CAP to offset Britain’s departure. “The key for Ireland in these unsettling times is to go out and develop new markets for our produce,” she said.